All your contacts, SMS messages, emails and photos on only one device! And these Dual SIM Android phones have really picked up. More and more manufacturers have begun to manufacture them, with remarkable names from the tech world have tried to produce these devices. And seeing how things are going, we will definitely see many more of these devices coming up. Also, there have been many who tried to make them in the past, small manufacturers and their endeavors only proved to the big companies that this is a technology worth improving and distributing. 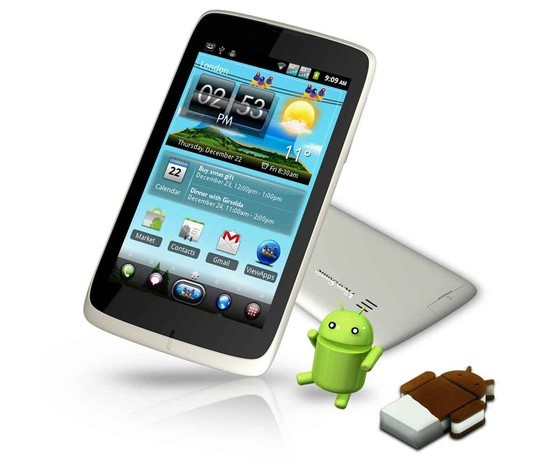 Although ViewSonic hasn’t yet actually launched this phone, we saw it at MWC 2012 and it rocked, and hence I am including it in the list. ViewSonic is trying to launch itself in the mobile world really hard. And their plan to do so is with Android smartphones, but not just regular Android smartphones, with some really cool Android Dual SIM phones. The ViewPhone 3 model will be their mid-range phone, featuring a 4” HVGA display with a 5 MP camera, all powered by a 800 MHz processor. The phone is only 10.3mm thick and it looks really good. It somehow resembles a HTC smartphone. On top of all these, the ViewPhone 3 will run on Android ICS and it’s just a few weeks away from launch. 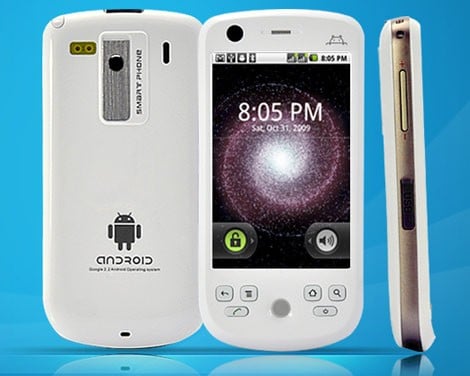 Eclipse may not be a very well known name in the mobile industry, but even then, they have created a very good Android Dual SIM phone, worthy to have its place among much better known names. The Eclipse Dual SIM features a 3.2 inch touch screen, a scroll ball, similar to the one on the Nexus One, a expandable memory of up to 8GB. It only has a 460 MHz processor, but then again, it does not have much to power, so it moves really fast, and a 2MP camera that takes decent enough pictures.

The second ViewSonic Android Dual SIM smartphone that lands on our list (persistent, aren’t they?) is the V350, which is the big brother of the 4e. This guy features a 3.5” Super Clear IPS LCD with a resolution of 640×960 pixels and a powerful 1GHz processor and a 5MP camera, all of these running on Android ICS. Great features for a phone coming from ViewSonic. Let’s just hope they can keep it together and make more. 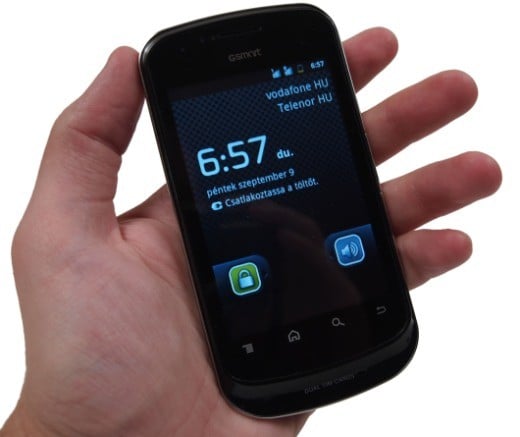 Another great phone comes from Gigabyte and is named Gigabyte: GSmart G1345. This Android Dual SIM phone is a great mid-range Android device, featuring a 3.5” display HVGA Capacitive Touch Panel, 320×480 pixels, a 5 MP camera with flash and a SD card slot to take the G1345’s memory up to 32GB. Also, the GSmart G1345 is powered by a 800MHz Qualcomm processor, which gives it a lot of horsepower. 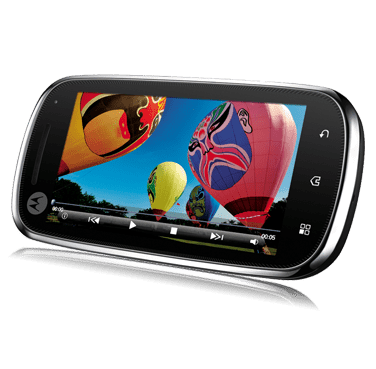 With Motorola, being a top smartphone manufacturer, we would expect only the best to come from them. And as for mid ranges smartphones, the Motorola Milestone XT800 is a great one. The handsome phone features a 850×480 resolution display, 5 MP camera with dual flash and all of the things that any smartphone has. The Milestone XT800 comes with Android 2.1 Eclair installed, but I’m sure that is not a problem, seeing that OTA and custom ROMs are all over the place now. 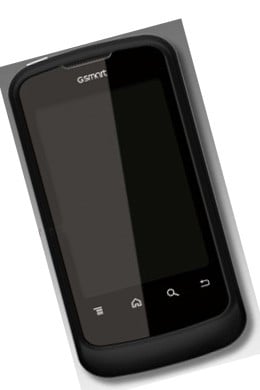 Gigabyte have made a few phones in the past, and they were fairly successful, but now they have set their mind to bring to the entire world the Dual SIM capability. So, they have made quite a few Android Dual SIM phones to throw on the market. The GSmart Rola is one of them. With a nice design and cool features, this low end phone is still better than many other Android devices. It features a 3.2” WQVGA display and a 3.2MP camera, resistive display and it’s all powered by a 528 MHz processor with 512MB of ROM memory (kinda cool, actually, the way they matched up the numbers; 3.2 camera and display and 528 processor and memory). 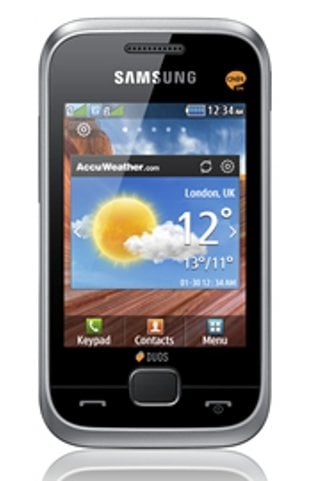 Samsung needs no introduction, when you think of smartphones, Samsung is probably one of the first names that come into your mind. After releasing the so called “iPhone Killer”, the SGS (Samsung Galaxy S) and their newer models (Galaxy Nexus and Galaxy SII), Samsung have turned their eye on some of their more cheaper smartphones, but just as potent as their bigger brothers. And so, the Champ Deluxe Color is a great Android Dual SIM phone that has just about any feature you could want on a smartphone. A 2.8” screen, all the connectivity options (3G, Wi-Fi, Bluetooth etc), 1.3MP camera, FM Radio and more. Also, the phone has a great battery life: up to 16 hours talk time and according to the specs, up to 20 days (yes, days) of standby! Beat that Galaxy Nexus! 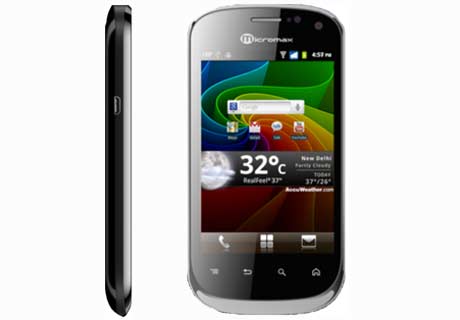 When I first saw this phone, I thought I was looking at a Nexus S. But there it is. The Micromax A75 Superfone (yes, with an “f”) Lite is a bit smaller then the Nexus S, but anyway, a very good mid range Android Dual SIM phone. It features a 3.7” TFT display, 3.0MP camera with 2048×1536 pixel resolution and an internal memory of 190 MB with the possibility to mount an SD card (Why didn’t Google think of that for the Nexus S?). It comes powered by the Android 2.3 Gingerbread OS, but it can easily be updated to any version thanks to all those custom ROMs out there and it features all the usual connectivity options that all smartphones have. 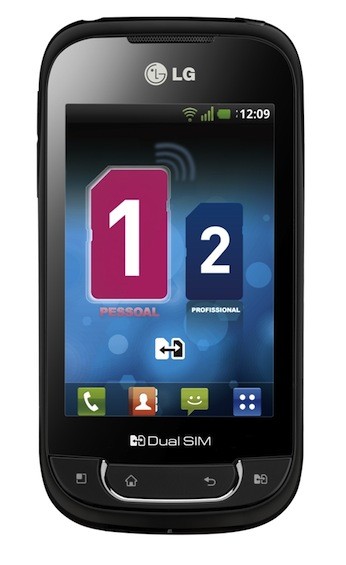 In the past year, LG have started making really nice smartphones for the mid range market. The Optimus P500 and now the bigger version, the Optimus Net Dual P698. The P698 is a great Android Dual SIM phone, powered by a 800MHz processor and 512MB of RAM Memory. It shoots nice pictures with its 3MP CMOS camera and it also features a 3.2-inch 320 x 480 pixels display. The phone has good battery life, provided by its 1500 mAh battery, even though it has Android 2.3.4 OS, which is a bit of a battery hog. 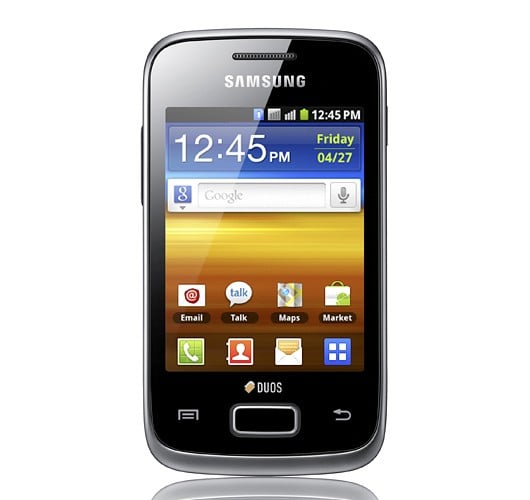 The beautiful design that the Galaxy Y Duos has, greatly resembles the SGS or the SGSII. The features it has make it one of the best Android Dual SIM phones available. The phone features a 3.14” QVGA(240×320) TFT LCD display and and a expandable memory of up to 23 GB via the SD card slot it has. Also, a great feature of the phone is the GPS function and the full range of connectivity options it features.

And these are our top branded Android Dual SIM Phones, the ones who have made a name for themselves and we hope that in the future we will see this technology implemented by many more. Who knows, maybe a Dual SIM iPhone is not that hard to imagine now, or the Galaxy Nexus 2 Dual SIM Smartphone. All of these would be great smartphones and in ne near future we will see them more and more.

Was this article helpful?
YesNo
TechPP is supported by our audience. We may earn affiliate commissions from buying links on this site.
Read Next
How to Use Android Phone as Webcam for PC
#android #android phones