Alexis Ohanian is the co-founder of Reddit, a website that needs no introduction to our readers. We all know what moves Reddit and other websites like it – the power of community. At The Next Web Conference in Amsterdam, I got the chance to interview Robert Scoble, Phil Libin (Evernote CEO) and Ross Dawson (futurist). My meeting with Alexis was very pleasant at the Speakers Bar where we had some beer. I had my questions ready the day before, so I can say I was more prepared this time. 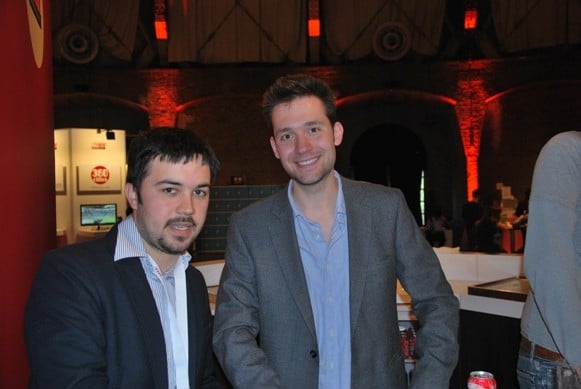 I should tell you that Alexis is very tall, and one could’ve easily thought he was a local one, since we know that Dutch are the tallest people in the world. Nonetheles, I wasn’t scared by his posture and after approaching him, I realized he is actually very friendly and not stingy  during the interview, carefully planning his answers and really thinking about my questions.

Radu Tyrsina (RT) –  Was there any purpose behind building reddit.com? What made you decide Reddit has to appear?

Alexis Ohanian (AO) – Well, Steve and I applied to Ycombinator. We have actually applied with a different idea that we had rejected on. They said they will take us back if we’ll change our idea. They liked us, they didn’t like the idea. And we said – alright, we’ll do it. We went back to Boston, Steve and I sat down and we decided to solve some of the real problems. What we figured out was that there was no way to sort out through everything that we were reading and was interesting online. I said – “let’s make a front page of the web” that had eventually become Reddit.

RT – How does it feel to be the cofounder of one of the most influential websites in the world? Do you feel responsible for your “child”?

AO – I do, ahm, it’s insane! I remember when Steve and I were staying in our little apartment, just the two of us…Putting this site online, to think how much it’s grown is mind-blowing. I do, sort of, feel responsible for it as child but you know, the site is at its point right now when it’s grown up a lot. It’s like a teenager, you have to let him on its own already. You know, I’m on the board of Reddit and I feel that I am still involved, but not on a day-to-day basis. I have great confidence and tremendous respect for the community.

RT-  What is your position on charity works carried out by redditors? Don’t you think that we should take some action and give more than we actually want? Isn’t there too much talk about getting rich and too little about helping others?

AO – I think the charity works are fabulous. The first fund-raiser that we did on Reddit was one that I organized around Christmas and it was a fund-raiser we did where I talked to my friends and asked if they would like to give away some sign materials and we had the redditors voting on what non-profit organization we should donate to. And they voted for the IFF and we raised – what I thought was a great amount of money – $3, 000. And I was like so happy.

Now, the Reddit community raises that much money in a minute, a blink of an eye! And it’s incredible how benevolent the community is. I don’t think there’s anything wrong in being excited for entrepreneurship or success. I do think, I wish, I would love to rebrand charity… 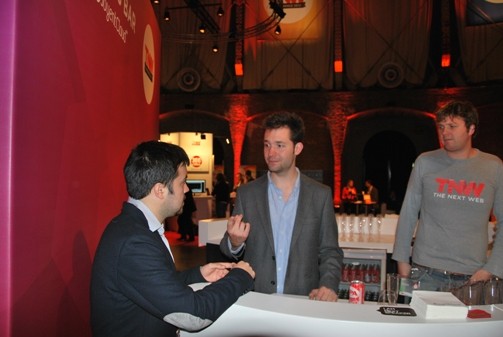 AO – Yes. Charity seems so paternalistic…Those are empowering words – to give charity. For instance, funding a project on Kickstarter is not charity. But it’s not pure business, either, because you’re paying more money than you should, you’re making irrational purchases. You’re paying more money not even being sure if the project will be successful. You pay because you believe. And stuff like that it’s not charity, it’s not investing, it’s not buying, it’s something else. It is something that excites people. My big thing is to make the world suck less. That’s why I think Kickstarter is a great example of how you could make the world suck less.

RT – What is your position on Anonymous and their activities?

RT – Is a cyber-war possible?

There is Always Going to be Anonymous

AO – I am not that alarmist. A part of the problem is that haktivism, sometimes, what gets labelled as haktivism is like legitimate, legal activity. And in other times, what gets labelled as haktivism is just some sort of cyber crime, illegal and punished by the law. And all that, in my cases, gets under a single umbrella. The thing that we have to accept is that if we’re going to have the Internet, then there is going to be Anonymous. There will always be people who will want to operate under this veil of anonymity, to do playful things that won’t harm anyone and much more serious things, like hacking the accounts of government officials.

As a global society, we someone hacks NASA, we think – they deserve it. But when somebody hacks the computer of a celebrity – it doesn’t really deserve it. But all this stuff gets labelled under the same name, because it’s anonymous.

RT – It’s good when it’s being done for a right cause. Twitter, Facebook was used to spread messages across the community and inform the rest of the world, during the Arab Spring. The world perceived them then as a good thing. Mandela didn’t have a Facebook account…

Humans Are The Problem, Not Technology

RT – What do you think about content curation, referring to our previous discussion about online filter bubbles and the fact that personalized search is encircling us (which Robert Scoble thinks is bullsh*t) ? 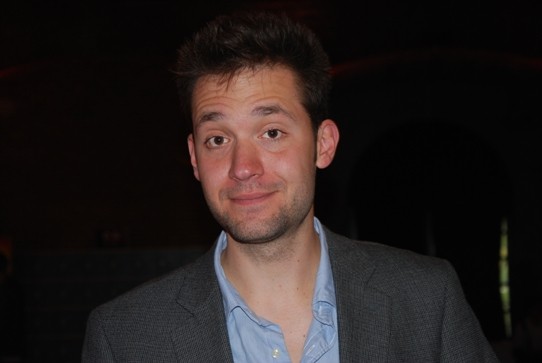 AO – Part of the problem here represents the human being. They have the desire to surround themselves with people like them. If I was trying to find people to be in my “herd”, I would have loved that. It is hard-wired into humans, it is the symptom of being human that transforms into a herd mentality. If I wanted to be with people like me, 50 years ago, I would’ve joined a bowling league with dudes that like to bowl or go to political meetings but I wouldn’t have the access to 24/7 information. Now I can.

Intellectually speaking, it’s very important to surround yourself with contradictory or different points of view. It’s incredibly healthy! Intellectually speaking, I think it is a problem, we do need to think different. Whether or not you have technology doing the filter, it’s going to happen on socially-driven sites. The stuff I see on my Facebook, even though I have friends with very different world views than I do, because I am apt to click on stuff that my friends like, I’m going to see more of that.

From an algorithmic stand point, I don’t see how you could forcefully interject an user with content that she or he wouldn’t normally like. I don’t know, it’s tough. Because you want to build software people want and what people want is something uniform. By the end of the day, if I had a newsfeed full with people from all over the world filled with different points of view, I would probably hated it at some point.

RT – It goes to the roots of our education. For me, it’s very hard to understand why are some woman in the Muslim word treated that badly. That’s caused by their local paradigm of thinking and treating others. They have their religion, we have ours; they have their politics, we have ours. And maybe that’s why start-ups could prove to be the next technological breakthrough. They start low, without big interests behind or tycoons.

AO – If nothing else, Google Plus was helpful because it demonstrated that privacy matters to users. I mean, Google Plus is still, obviously, far, far away from Facebook. The idea that you can log in and download all your data, I wish this was a standard feature.

AO – Yeah. That’s a great feature and I wish that were a standard. Now the bad stuff. Zuckerberg has been very prescient about realizing that most people will accept much less privacy. The up and coming generation that has grown up online has a much lower standard when it comes to their personal life – photos, party pics, that stuff. It’s troubling because, as these companies grow more and more, I am afraid I will step on the other side when it comes to the users’ privacy.

RT – How do you reply to Andrew Keen’s remark that Reddit users have a “herd mentality”?

AO – I would say that human beings have a herd mentality.

AO – I think he does not understand the problems of human being. We don’t have to look too far in history to see that we have a herd mentality. Sometimes, it saved our asses, other times, it has let us down. I just don’t want to get started…I mean…Yeah… The Kony campaign …?

RT – The thing is that we don’t really know how many saw the documentary until the end. Youtube doesn’t track that!

AO – It’s a long video for the Internet.

RT – What is your position about “digital narcissism”? Do you think the social network isn’t actually a social network but something that actually isolates people, and gives them something to think about instead of real interaction? Scoble said that it’s actually a new life or those that are paralyzed, for example.

AO –  I know Keen has never played World of Warcraft. I read an op-ed by him about the crazy dude in Finland who killed all those people on the island.

RT – Norway, it was in Norway.

AO – Yeah… (He’s searching on DuckDuckGo for the article).

RT – You use DuckDuckGo?

AO – I try to! Here’s what I love so much about this (referring to Andrew Keen’s article), this is opportunism. He has an upcoming book, he sees this opportunity, I can imagine him reading the story that says “Andrew Breivik has played WoW for one year” and he’s like “Aha”, I can write an op-ed on this an promote my book, talk about how technology is isolating us and making us psychopaths. (Alexis then quotes the article and says that it’s ridiculous to assume that by playing WoW one becomes a psychopath, he himself having played a lot in the past).

RT – We can not stop technology and we need to find a mixture between the likes of Keen and people like us.

AO – There’s a documentary called Second Skin that shows how video games allow disabled persons to live a better life in the virtual world or others that got married online. Video-games have nothing to do with the kinds of Breivik. If video-games manage to create a better life for some disabled kids, I agree 100% with this.

RT – How does a day in the life of Alexis Ohanian looks like? How much do you sleep?

AO – I try to sleep well. I usually sleep between 6 to 8 hours a night. I’m investing in a few companies, I’m meeting with founders. I am supposed to be writing my book.

RT – What do your parents think of you?

AO – They’re pretty pleased. My parents are very, very supportive.  And I wanted to do some crazy sh*t. And they were like – go for it. All credit to them and World of Warcraft.

Was this article helpful?
YesNo
TechPP is supported by our audience. We may earn affiliate commissions from buying links on this site.
Read Next
10 Best Reddit Apps for Android in 2023
#internet #interview #Reddit