In a world where the use of alternative energy sources has become crucial to preserving the ecosystems that have been nurturing us since the dawn of man, one of the most recent and most promising new technologies is the fuel cell.  What is that, you might wonder? Well, a fuel cell is a practical device that generates electricity via a chemical reaction. 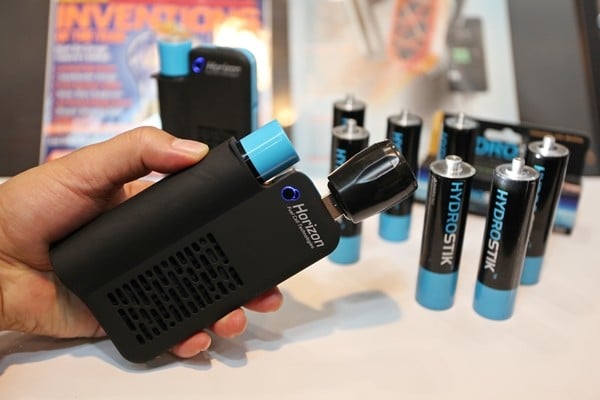 Fuel Cell Technology: What we Need in Our Devices

Every single fuel cell has two electrodes, a positive one and a negative one – an anode and cathode basically. The reactions that take place between the two electrodes are the ones who produce electricity in the end. Hydrogen is the fuel used but for the reactions to occur the cells will also need oxygen. You might remember that Liliputian’s battery is based on this technology, as well.

One very interesting and positive aspect of fuel cells is that they manage to produce electricity without polluting the environment, and that’s because hydrogen and oxygen – needed in the reaction combine to produce a neutral byproduct, which is water. The actual purpose of a fuel cell is to produce electrical current that can be used outside the cell. Think of powering motors or luminous light bulbs in the city.

No Harm Done to Nature

Because of the way electricity works, this current will find its way back to the fuel cell, thus completing an electrical circuit. Hydrogen atoms will enter a fuel cell at the anode where a chemical reaction takes place so the atoms are freed from their electrons. The hydrogen atoms will be “ionized” and will start carrying electrical charges. The negative electrons move on to provide the current through wires.

Fuel cells are mostly classified by their electrolyte type, which is at the heart of the fuel cell process. Currently we can find six types of electrolytes that will probably find their way to commercial use pretty soon: 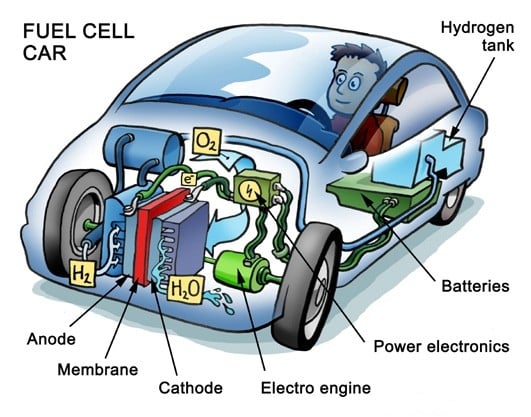 You see, a single fuel cell produces a very meager amount of energy. In order to produce a usable amount, a lot of fuel cells will have to be glued together which is called a fuel cell stack. When this is done, the resulted stack is enough to fuel a car and even a truck.
Honda is one of the major car companies that has set its gaze upon the fuel cell and started testing prototypes ever since 1999.

In 2002, it even managed to deliver fuel cell vehicles to the Japanese Cabinet Office and to Los Angeles but that doesn’t mean they are close to developing the technology for the masses yet. In November 2007, Honda unraveled the FCX Clarity advanced fuel electric vehicle that featured a superb output of 100kW. It sounds almost too good to be true. Good this technology be embedded inside self-driving cars, as well?

Still an Expensive Piece of Technology

At the moment, fuel cells are very expensive to produce and cost about 4500 dollars per kilowatt as opposed to 800 to 1000 dollars per kilowatt for a diesel engine. Some problems with hydrogen being used as fuel emerged as well, because as you well might now, Hydrogen is one of the most volatile substances that can be found on planet Earth, thus making it very difficult to store.

Hydrogen used on the fuel cells has to be in a very pure state, otherwise it will end up damaging the catalyst. Hydrogen is not easily extracted and must come from natural sources like water or natural gas thus adding more costs to the process. The catalyst material itself is very expensive since it is made from one of the most expensive materials on Earth – platinum. So we could end up facing a platinum drainage if we would rely solely on it for energy creation. 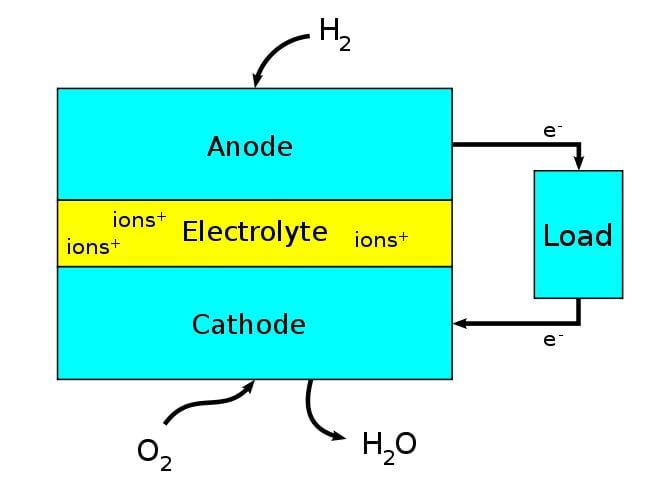 On the other hand, fuel cells might prove to be extremely advantageous. As discussed above, fuel cells convert chemical energy instantly and directly into electricity eliminating the combustion process. Therefore, a fuel cell will not be governed by thermodynamic laws and could achieve high efficiencies in energy conversion terms. Also due to their nature of doing business, fuel cells are very quiet.

This might allow fuel cells to be used in residential and living areas where noise is undesirable. Due to their lack of moving parts, Fuel Cells also have a low maintenance cost. Fuel cells could be applied in other fields, as well. The most amazing application of fuel cells comes from the world of consumer technology.

Massachusetts-based Lilliputian Systems Inc. just announced it will release under the Brookstone banner a pocket size fuel cell which holds enough power to fully charge an iPhone for about 10-15 times (see our article about how to increase the battery life for iPhone, if you don’t have money for something like this).  The fuel cell comes with a USB port and is the size of a thicker smartphone. The power comes from the cartridges filled with lighter fluid. Pretty ingenious. And Lilliputian isn’t the only company doing research in the business.

RIM, as well, seems to be interested in joining the fuel cell wagon. They have filled some new patents regarding fuel cells. They involve the frame of the device and the “tank”, thus showcasing a curious model that we have not yet seen before. Here’s how the patent description sounds like:

How Much More to Wait?

To make a point, fuel cells seem to have a good shot into being incorporated somewhere in smaller technology for the moment, so the ideas above seem to be very valid and useful, but there’s certainly going to be a while until we see them implemented into something major like powering up a household or a truck. 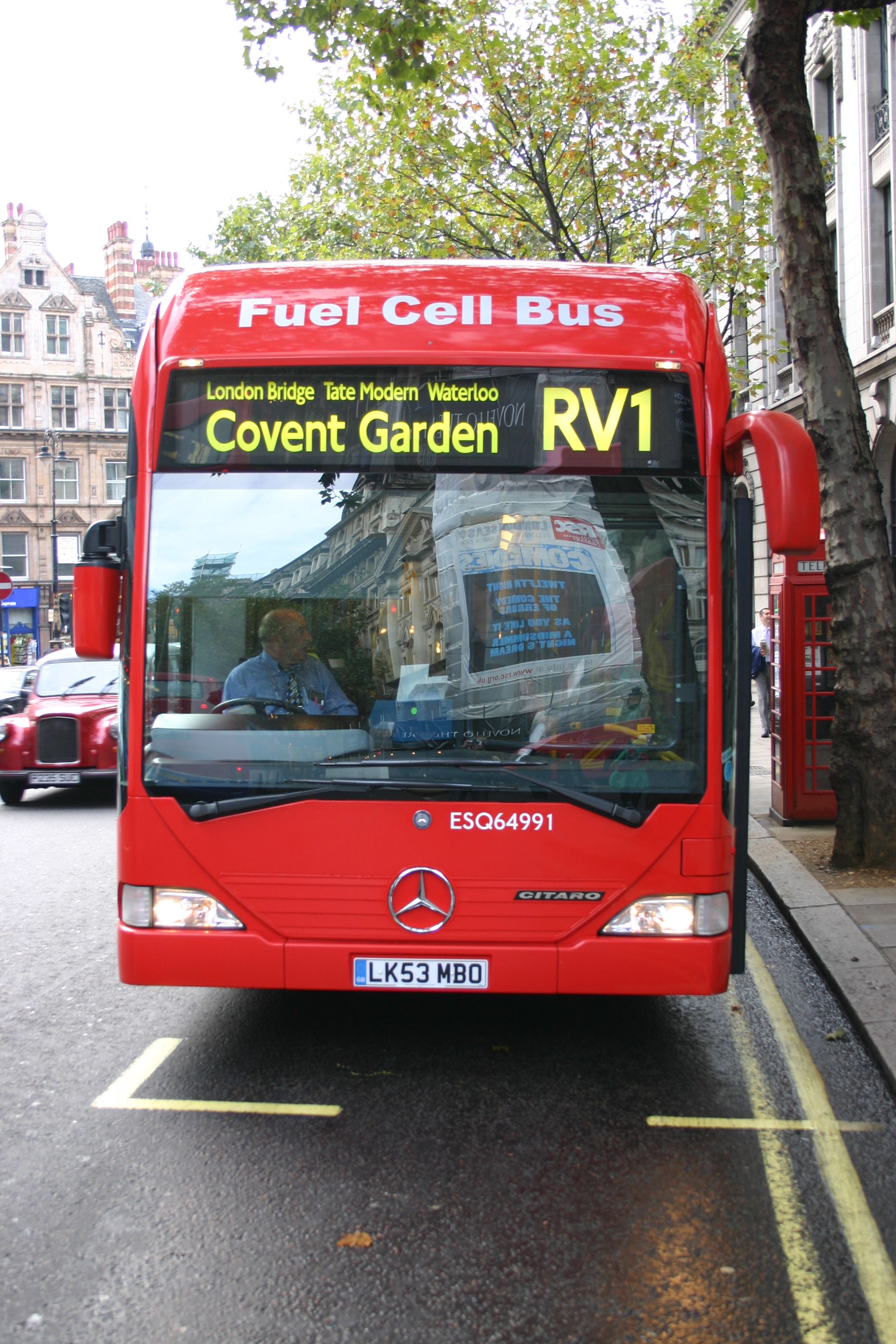 Certainly, fuell cell technology will find its way into the smart home of the future. Before we’ll become fully wireless, I hope to see devices with fuel cell technology appearing more and more on the market. Smartphones like Samsung Galaxy S3 don’t impress me anymore, to be honest, because they show a gradual evolution, from handset to handset. My smartphone, tablet, laptop needs a much, much bigger and safer battery life. Give me that and take my money.

How to Check Battery Health on Android
Read Next