Google is probably one of the best places in the world to work at. Not quite a while ago, I’ve been reading about how awesome Google treats the families of its deceased employees.  Some would say that this kind of treatment is even better than the one used by certain 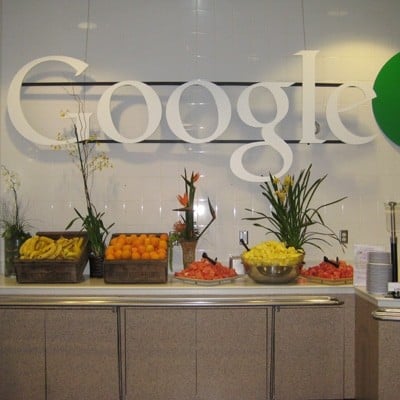 companies to its safe and sound employees. And I have wondered how Google’s kitchen looks like…

A discussion on Reddit started around a video containing an interview with one of the cooks at Google’s HQ kitchen. Somewhere in the middle of the video (starts at minute 3), Bernard Faucher, says that there is a 3D printer in Google’s kitchen that makes different types of pasta, according to the needs of the employees. I can imagine already bowls and bowls filled with Android-shaped pasta.


You can see in the above video that the cook talks about how well technology is embedded in Google’s kitchen, listening to him, we realize he’s not a simple cook, he’s a geek-cook! A simple search online will show that there are already plenty of 3D printers that make the following:

and much more. But we’d be curious to find out what kind of 3D printer does Google have in its kitchen. If it’s an affordable 3D printer, wouldn’t you want to eat Batman-shaped pasta once per week? 3D printing is an increasingly popular subject, and it seems to be covering more and more aspects of our lives. Can you imagine living in a 3D printed house?

And the fact that Google decided to use a 3D printer in its kitchen is a sign that this technology will flourish even more in the coming years. We’re not sure but there’s a big chance that the 3D printer used by Google could be final form of the Fabaroni 3D printer, made by students at MIT.

Was this article helpful?
YesNo
TechPP is supported by our audience. We may earn affiliate commissions from buying links on this site.
Read Next
How to Fix Google Chrome Translate Not Working
#3D Printing #google