After several months of vivid rumors and speculations regarding the Galaxy Note sequel, the over-sized beast has finally been announced properly. During the IFA annual convention at Berlin, Samsung unveiled the Galaxy Note II technical specifications and its attracting features. Although the Korean assembly was eager to detail and present the device in any aspect possible, it failed to mention any word regarding the release date, general availability or even an approximate price.

As we’ve previously hinted, the Galaxy Note 2 is nothing more than an oversized Galaxy S3, attached to the traditional Samsung stylus: the S Pen. The second generation Note smartphone is now thinner, lighter and comes with a bundle of catchy software features slashed on top of the newest Android platform. The processor has been revamped and for those who thought that the Galaxy Note was a bit too large for a phone, wait to see its sequel. 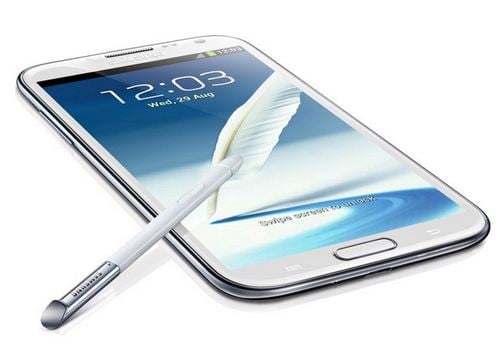 Truly a symbiosis between a regular smartphone and a full-fledged tablet, the Galaxy Note 2 comes with a staggering 5.5-inch wide Super AMOLED display capable of 1280 by 720 pixel resolutions, a mark which is something to be proud of for that size. Compared with the old model, the Galaxy Note II is a bit wider (.2 inches actually) but keeps its pretty design in a 9.4mm thick body, while housing a larger 3.100 mAh battery which should supply enough battery juice, as well as a faster recharging time.

The new Note comes with a quad-core Exynos processor clocked at 1.6GHz and Samsung announced the device to launch with Android 4.1 Jelly Bean on board. As usual, Samsung slashed their traditional 8-megapixel camera on the back of the device. The S Pen stylus included in the package will allow users to perform certain actions with more ease, while the software bundle will help boost up productivity. Here’s what tricks the beast knows:

The Galaxy Note 2 will launched in the fourth quarter of this year, probably just in time for the Holidays madness, but Samsung failed to mention any specific details regarding its price and carrier availability.

Samsung: plenty to choose from 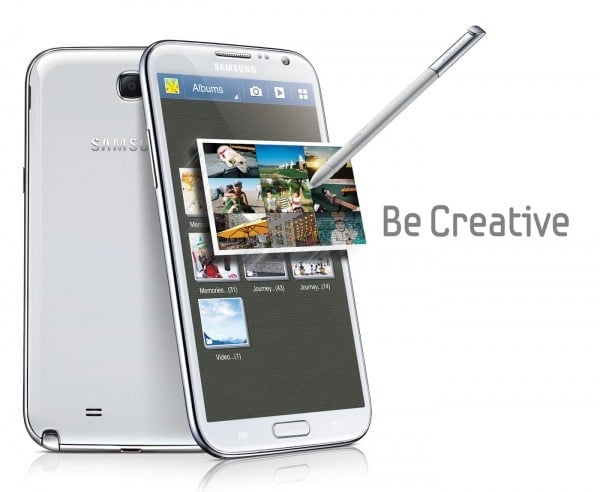 When the first Note arrived, many interpreted the phone as a hideous creation which would not feat the tastes of regular purchasers. But as Samsung foreseen, a specific segment of the market was targeted, and targeted with success, the phone selling more than 10 million copies until the moment.

Just like the first Note copied the design of the Galaxy S2, its sequel wears the same cloths of the Galaxy S3. The model comes with the same rounded edges, a glossy finish and the main differences can be seen in size, software and of course, hardware. Although the last part was purely to accommodate the first two, it seems that Samsung realized that the phone’s size truly matters. That and of course, marketing.

Galaxy Note 2: the story of the phablet goes on

The original success of the Galaxy Note shows that there is a huge potential for phone – tablet hybrids, and a good marketing campaign paired with an attracting product will surely spark interest. Leaving the extra software touch aside, the Galaxy Note 2 is simply an oversized S3 which will probably be marketed as the perfect solutions for those who wish to do a bit of work when traveling, while enjoying a device usable in everyday life. Pair that with an attractive price and you’ve got yourself a bargain.

Moreover, the Galaxy Note 2 is a device which sparks interest to those that are not even interested in such a phone. It’s a curiosity of the tech nature, which will surely bring people inside showrooms, where Samsung stylishly displays its large wide of products, made for each taste and built with every size: the Galaxy Note 10.1, Galaxy S3, Galaxy Tab Student, Series 5 and 7 and plenty others.

Here is a detailed look at all the major features of Samsung Galaxy Note 2.

[Via] TheVerge
Was this article helpful?
YesNo
TechPP is supported by our audience. We may earn affiliate commissions from buying links on this site.
Read Next
Samsung Galaxy Fold 4 Tips and Tricks: Get the Most Out of Your Phone
#galaxy #samsung