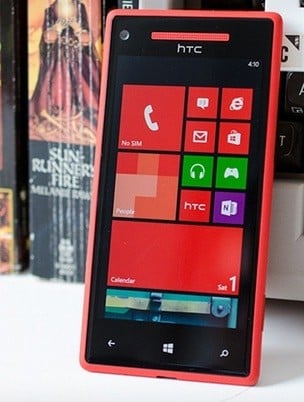 I guess that consumers will call HTC’s new smarthpones just the 8S and the 8X, because, frankly, Windows Phone 8S and 8X are pretty bad choices, from my point of view. They are great choices if you think it’s awesome to have the Windows name so strongly associated with your devices, though. The design of the Windows Phone 8X model is strikingly similar to the Nokia Lumia line, especially the 920 one, but I don’t think this is good enough to start some lawsuits between the two companies, since Microsoft seems to be the binding factor here.

From the images you can already see, it has an impressive design, also thanks to the 4.3 inch screen that it sport. You should get used to the “Windows Phone” name, though, because HTC will be the main marketing partner for Microsoft in their endeavour to promote the Windows Phone 8 platform.

It’s interesting to see HTC take Nokia’s role. Just like the Nokia Lumia line, it’s joyful to find out that the 8X from HTC will come in an appealing range of colors: California Blue, Graphite Black, Flame Red, Limelight Yellow for the Northern American market and the more basic blue, black, yellow versions for the European market. But let’s see what are Windows Phone 8X’s main specifications:

With such a display, you’d think that the 4.3 inch Windows Phone 8X would feel quite heavy in your hand, but not quite, as it only has 130 grams (slightly above the 4 inch iPhone 5‘s 112 grams and way below the 4.7 inch Nokia Lumia’s 920 185 grams). Consumers want a bigger screen but they don’t want the added weight and HTC does a good job on this chapter. In the United States, Windows Phone 8X by HTC will be available on AT&T, T-Mobile, Verizon from late October/early November. Amognst the European carriers, the first ones to have it are Orange, O2 Telefonica, MTS, Three UK, T-Mobile, and Vodafone.

It seems that more companies go with the duo formula, where there is premium and a low-entry product. Nokia has done it with its Lumia range, LG with its Optimus devices plus many other examples. We’ve seen this happening with many recently launched Windows 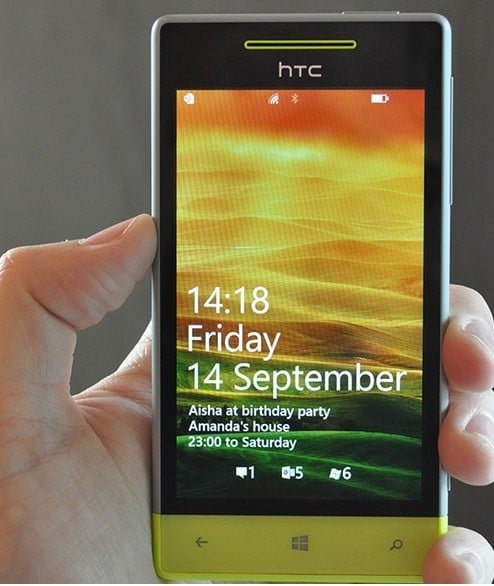 8 tablets and hybrids, as well. It’s a good strategy to cover 2 different types of consumers – those that are budget conscious and those that simply love to get their hands on the latest and greatest.

Windows Phone 8S by HTC, in this case, is the smaller brother, and the first sign of that is the smaller 4 inch display. Since it’s the model with lower specs, don’t judge it too harsh:

Sadly, the 8S might score a few points amongst consumers only if it’s going to have a right price. Measuring 10.28 mm in thickness, it’s going to look like a brick in your hand, when on the market there are so many slim, “fat-free” impressive smartphones. The front of the device looks actually nice, especially with that color contour around the speaker, but it has an ugly back, which makes the Kevlar panel in the Motorola Droid Razr i look actually appealing. Let’s see if the partnership between Microsoft and HTC manages to bring Windows Phone 8 back into the fight.

TechPP is supported by our audience. We may earn affiliate commissions from buying links on this site.
Read Next
HTC is back after a long time with Wildfire R70 with Helio P23
#HTC #windows phone 8