It’s that time of the year when we see a plethora of award ceremonies, and to kick off the season, we have the greatest musical award show, the Grammys 2013 on February 10th, 2013. The 55th annual Grammy awards will be held at the Staples Center in Los Angeles, and as always will broadcast on CBS at 8 pm ET/PT. In case you won’t be in front of the TV sets, we’ve got you covered with Grammys 2013 Live streaming links. More on that later. 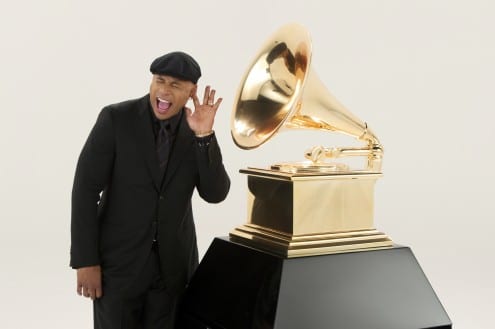 The American rapper, LL Cool J will be hosting the Grammys 2013 for the second time. Fun, Frank Ocean, Mumford & Sons, Jay-Z, Kanye West and Dan Auerbach received the most nominations with six each. The musical extravaganza will have performances from the likes of The Black Keys, Elton John, Rihanna, Taylor Swift, Justin Timberlake, and Carrie Underwood. Some of the presenters include Neil Patrick Harris, Carly Rae Jepsen, Katy Perry, and Keith Urban.

Music enthusiasts across the globe will be able to watch the Grammys, especially the Pre-Telecast Ceremony which will be streamed live on Grammy’s official website and also on CBS.

In 2012, Grammys and CBS ensured that millions of music fans across the globe were able to watch Grammy awards live online, in addition to being broadcasted on CBS TV. It’s the same this time around as well, as people can watch, not just the pre-telecast show and Grammy red carpets, one can watch the actual awards ceremony live online. Here’s how.

1. Watch Grammys 2013 Online for free on CBS – The official website of the official broadcaster of Grammy awards 2013. The coverage includes 3 days of live streaming events including Grammy Red carpet and Grammy pre-telecast.

2. Watch Grammys Online on iPhone & iPad with Grammy Live app – This is what I was excited about all this while. iPhone, iPad & iPod Touch users will be able to watch the Grammy Awards 2013 Live on their iOS devices! There is an app for Android as well, but we aren’t sure if it’ll get a live streaming section.

3. Watch Grammys Online on Grammy.com – The official website of the Grammys 2013 will host some exclusive videos before and after the live awards event.

4. Watch Grammys Red Carpet online on E! – As always E! online will bring you some of the most exclusive clips and videos from Grammy awards 2013.

5. Watch Grammy awards 2013 online for free on Youtube – You might not get to see the Grammys live streaming, but be sure to catch some important moments of the awards night.

Was this article helpful?
YesNo
TechPP is supported by our audience. We may earn affiliate commissions from buying links on this site.
Read Next
Flutin Live: A New Way to Multistream, Schedule and Monetize Events
#Live streaming #watch grammys online