Is LibreOffice 4.0 Better than Microsoft Office 2013?

In 2010, Open Office, an open-source freeware alternative to Microsoft Office, got into some conflict with one of its partners at that time – Oracle. People who were behind the development of Open Office couldn’t stand this monopoly. So they decided to part their ways, and formed a non-profit called The Document Foundation. Later they released their Office suite named as LibreOffice. Last month, its version 4.0 came out – a version which is fully mastered and has what it takes to, if not defeat its rival competitor Microsoft Office, stand along it.

As you would expect of any new major release, the version 4.0 of LibreOffice fixes a lot of inept issues and brings tons of improvement. For instance, there is a significant melioration over startup and loading time. Another noteworthy implication this suite has undergone, is cutting down of dependency off notorious Java. They have replaced most of the Java tags with native platform codes and Python. LibreOffice has betted too hard to get this thing echelons in the corporate world. However, it isn’t like they haven’t done anything for a casual end user. 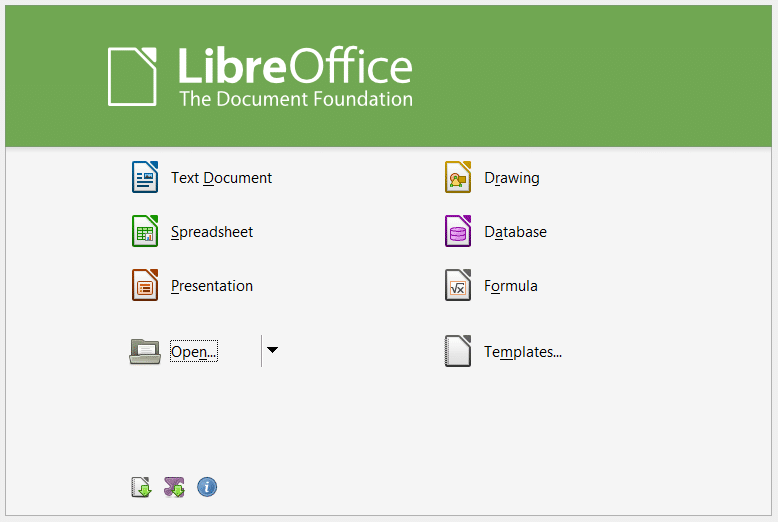 As expected, there are a lot of improvements in the compatibility for Microsoft Office native documents format: .doc and .docx. There is a slight improvement at rendering of the files, and the orientation of the document is quite well, too. LibreOffice 4.0 also offers support for Microsoft Publisher files, this is the only free software which could work around such platform. Punching Microsoft where it hurts the most, the publishing feature will give thousands of students, institutions and end users a chance to cost cut and do it for free.

LibreOffice has also strengthened its user interface; version 4.0 gives you an option to dress up the suite as you desire by using Firefox Personas.

There is an extensible work done on the support and integration for CMS (Content Management System) and DMS (Document Management System). They have also amended RTF handling and Maths formula engine. You can also access and manage Visio files with much convenience in LibreOffice now. In addition to all this, LibreOffice Writer, the word processor now has the ability to set variant first page headers and footers to a given page style.

Another feature that caught my attention while writing this article (mind you, I wrote this article on LibreOffice Writer) is the word predictions feature. If you have a smartphone or a tablet and you use any 3rd party keyboard app like SwiftKey Keyboard, you would know that those apps give you a feature where based on your writing pattern, they predict your next words. Well, LibreOffice has got this exact feature.

In the coming months, LibreOffice is expected to be ported for Android and iOS devices as well. LibreOffice’s major challenge was to get the code as compact and clean as possible. The Document Foundation mentioned this in the Libreoffice 4.0 announcement-

The resulting code base is rather different from the original one, as several million lines of code have been added and removed, by adding new features, solving bugs and regressions, adopting state of the art C++ constructs, replacing tools, getting rid of deprecated methods and obsoleted libraries, and translating twenty-five thousand lines of comments from German to English.

Microsoft, in Office 2013, offers several confusing and horrendous licensing terms. Cutting the chase, a single copy is licensed to a single machine, and not the single user. What’s the difference? Up until now, whatever Microsoft Operating System and Office suite you had purchased were licensed to single user. Which means, that you, though, not preferred, could install the same software in your other machine as long as you have deleted it off from your first system. Hate to break this to you, but things have changed now. When you buy a new Office 2013’s copy, you won’t be able to install it on multiple machines. Although, after getting all the due anger feedback it deserved, Microsoft has made some changes to its license. In case of PC failure and new system, you could use the same copy. All in all, customers are still living in the fog. 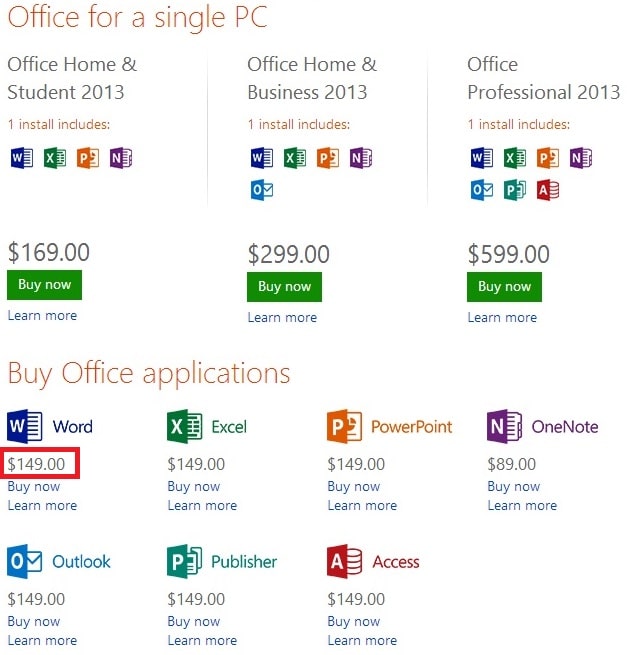 Concept of À-la carte has been introduced in Office 2013, giving you the option to single out the software you want. So, suppose you want only the Word and not Excel or Powerpoint etc, you could leave them, and pay just for the Word. Pricing might not be justifiable for some users, though. 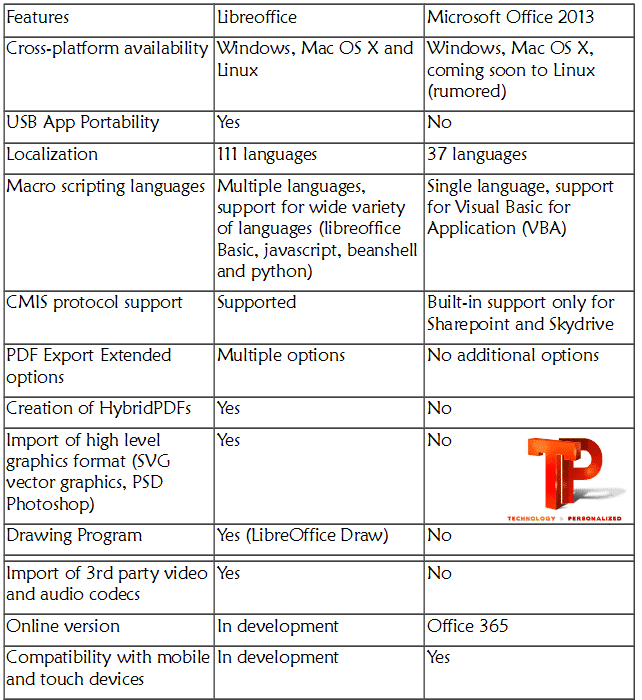 Wrapping up: Which one should you go for?

LibreOffice is one of the best productive suites out in the market today. Being a freeware, there is no reason why you shouldn’t try/switch to it, just yet. Popular belief is that a freeware can never be as good as its premium rival, which is true in most cases but not in this one. LibreOffice is gaining ground, being the default productive suite for most Linux distributions and it already has gained a lot of fans. And if Microsoft continues to alienate its users, then they’ll soon be facing a mass upheaval in favor of Libreoffice.