Today, at an event in New Delhi, Nokia has unveiled another budget-aware phone, the Nokia Asha 501. But this isn’t just a feature phone that you’ll use perhaps as back-up or for your kids. It has some features that make it stand out from so many similar low end phones. First of all, the Asha 501 has a design that has been inspired by Lumia, proof to that being red, which is the signature color.

Nokia Asha 501 represents the first fruit after Nokia bought Smarterphone, back in November 2012. And maybe thanks to the Smarterphone software, Nokia has managed to pack so much inside a tiny, 3inch touchscreen device. The Asha platform is a snappy customization of the S40, as we can judge from the presentation of the phone on stage. And after all, it seems that Nokia isn’t ditching old OS, but rather use them in their fight against Android. 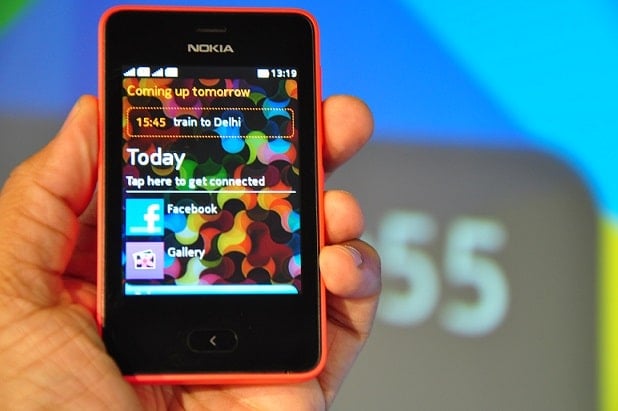 Asha 501 gets launched, stands out from low-end phones

The Asha 501 is a low-end phone, no doubt about it, but it has so many interesting things about, that it just draws to it. First off all, like Nokia has already accustomed us, the Asha 501 is about durability and definitely has a robust look. Therefore, they have made the phone only from 2 parts, in order to make it more durable. You can remove its back and charge the SIM card without powering off the device. This is a feature that even some premium phones don’t have it.

This is a 2G phone (3G version will come later on), and Nokia’s CEO insisted to remind us that there’s a great number of people across the world that don’t have yet access to 3G, not to talk about 4G. That’s why Asha 501 is one such device that wants to help people browse faster, even at 2G standards. Nokia brought the Xpress browser to Asha 501 and created a special version of it, the Nokia Xpress Now, for faster and more pleasant online browsing, which is said to compresses data by up to 90%. The Asha 501 also has Wi-Fi, for a faster local connectivity. 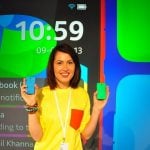 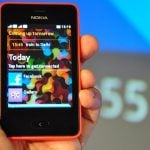 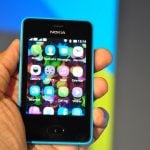 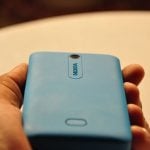 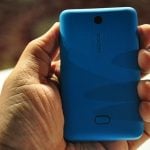 Another big selling point of the Asha 501 is definitely represented by its battery life, as it has an astonishing 17 hours talk time and up to 48 days of standby. Now, this is a phone that you’d want to take with you while you’re travelling to new places. There is a 1 Ghz processor and 512 MB of RAM that will definitely put the battery to the test. And this tiny phone has a good solution for storage, as well, with a 4GB microSD card, upgradeable up to 32GB.

But some people might be truly lured in to this awesome little phone by one special feature – free access to Facebook. And it makes a lot of sense, especially for Facebook – this is a phone aimed at consumers that can’t afford a more expensive phone in developing countries. This is a great chance for the Menlo Park company to get new users from all over the world and for Nokia to have yet one more selling point for a low-end “smartphone”.

The Asha platform is definitely a new and impressive user interface as it can prove to be quite snappy, coming with two main features: Swipe and Fast lane. Thus, you can swipe to unlock, swipe between homescreen and applications. Wake up the device with a double tap (feature that will soon be present in Lumia devices, too). The device has two home screens: the Fast lane and the app drawer. The Fast lane has been presented as a feature that displays your present and your past, which is represented by currently running app and past messages and notifications. 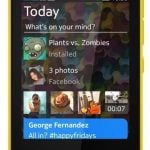 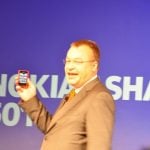 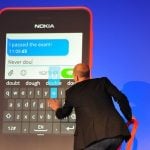 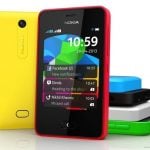 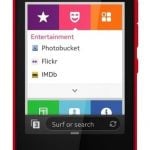 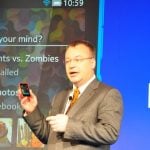 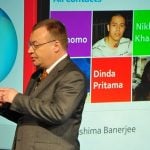 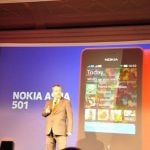 There is a lot of creativity behind this seemingly simple device and this extends even to the ringtones. If you’ll get to see the device, then you should check out the ringtones, as they have been especially created for the Asha series. The Asha 501 is the first model in a new series of devices, so there should be more coming with similar, appealing features. It is expected to hit the market in June, via 60 carriers in more than 90 countries worldwide.

Nokia has surpassed expectations of what’s achievable in the sub-100 USD phone category with a new Asha handset that is unlike any other, with design cues from Lumia and a mix of features, services and affordability that is valued by price-conscious buyers. This is a welcome addition to the market and a refreshing option for consumers looking to upgrade from feature phones.

There are many things that might steal your heart away at this device: the battery life, the polycarbonate build, the new software or maybe just the price. Let’s sum all the main features and specifications of the Nokia Asha 501.