Have you missed the weekly list of some of the coolest and most awesome Android apps? We know we had. For the week ending on 19th May we have gathered, as always, various interesting Android apps and games. You should pay attention to free games because free doesn’t mean 100% free, as you will have to buy various items inside the game to get the most of it or just to become better or get bigger scores, mainly in games.

Last week’s list with the best Android applications, in our opinion, isn’t precisely obsolete, so do check it out. Let’s check out how productive this week has been in the Android apps world without further ado! We have a lot of games this time, which means more fun. Please let us know in the comments section if you also spotted some worthy mentions. 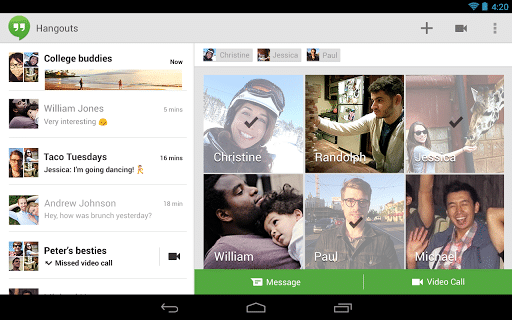 Last week, the Google+ Hangouts standalone app was released at the Google I/O conference. The app unites three previous products:  Talk, Google+ Messenger, and Hangouts, in a single one – Google+ Hangouts. You can talk for free with your friends and have a video call for free of up to 10 contacts. Sadly for those looking to stay anonymous, you can no longer wait “invisible” as you did in Google Talk.


Sonic the Hedgehog is one of the most iconic figures in the history of gaming. We have recently reviewed Sonic Dash (iOS), so if you’re a fan of the game, have a look. This is a remake of the original game that started it all. Besides Sonic, for the first time ever, you will also be playing with his friends Tails & Knuckle. 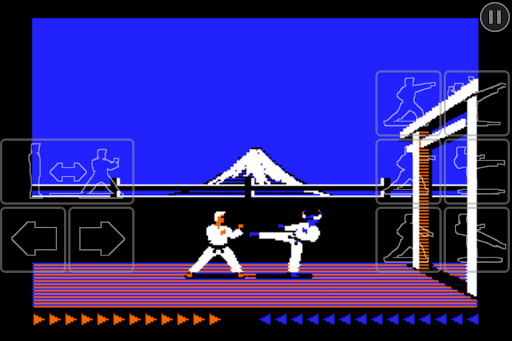 Karateka Classic is even older than Sonic the Hedgehog, bringing back memories of the highly successful Karateka game from 1984. Jordan Mechner is the creator of the app, he also made the Karateka original game, as well as Prince of Persia. You fight as the lone hero to save the princess from the evil warlord Akuma. Best of luck!

The Kidpix Android app is based on a wonderful idea – giving you the right tool to store and even share your kid’s artwork. No matter what they draw or what they create, it’s important for you to store their creations. You have frames that you add to the pictures of their artwork and you can also arrange them in different collections. 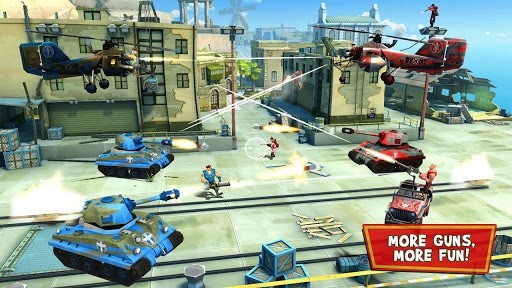 Gameloft is one of the best mobile games developer company in the world. Their games have stunning graphics and this is the same with Blitz Brigade. This is a FPS multiplayer game where you can play on the Axis or Allied forces. Choose who you want to be – Soldier, Gunner, Medic, Sniper, Stealth and fight against 11 other users from all over the world.


Beach Buggy Blitz is another game from a top developer and has recently been the Editor’s Choice on the Google Play. With this game, you will also be able to enjoy the new Google Play games services. Drive your beach buggy around the mysterious island to defeat crabs, yetis and stay away from burning hot lava. All this to get some awesome awards.


If you’ve played Super Stickman Golf then you will definitely be enjoying its sequel. And this is not your usual golf game as you have a lot of challenging holes which  will put your angle-knowleadge to test. An entertaining physics game where you also can play against others to become the ultimate golfer. 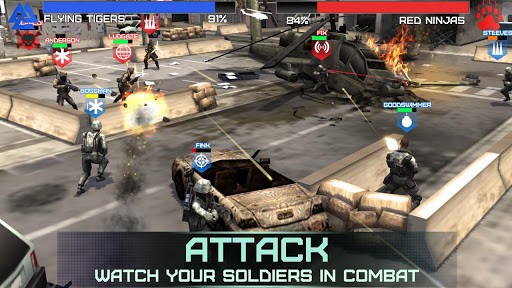 Rivals at War is one of the best Android games I’ve seen in a while. Great graphics and gaming are the main reasons why you’ll love this game. Recruit and train your soldiers to fight against teams from all over the world in a multiplayer war game. You can be a Commander, Sniper, Saw Gunner, Breacher, Radioman, or even a Medic.

We Heart It (Free)

We Heat It, the great online place where you can find daily awesome pictures and quotes, has recently released its Android application, allowing you to get more inspiration straight from your device. And even if this is the first time you hear about We Heart It, perhaps it’s the right moment to start exploring this spirit-lifting network.


I have a special love for games that have “pixelated” characters. I don’t know exactly why, but it somehow makes the game look more fun, thanks to its retro aspect. In Nimble Quest, you get to lead heroes in their fight against countless numbers of enemies. You can also set aside others in Guilds and complete quests.

This isn’t exactly a cheap application, but it is a very useful one for those needy. Knowing how to store your movies efficiently is one thing, but keeping track of all the movies you saw and liked is something else. DVD Profiler helps you with that, thanks to its huge database of more than 600,000 titles.

Bass Booster Pro is a sound-enhancing application for Android that deals not only with the Bass feature. You have some useful features such as the virtualizer, and preset auto-detection, which will change the preset according to the type of music you’re listening to. If you’re listening to some New Age, it will arrange the preset according to that.

Another great Android app for music lovers, the Now Playing music player, is one of the best-looking we’ve stumbled on. It is, as the developer describes it, elegant. It has a Google Now-esque look, which is so gentle on the eyes. A great feature is that it automatically fetches lyrics for the songs you’re listening to.

“Whisper is an anonymous social network that lets you share confessions, express yourself and meet new people” – this is how the official 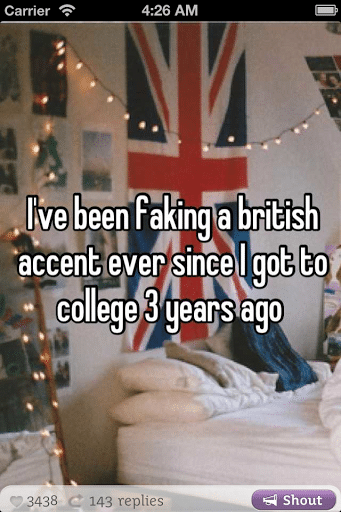 description reads. I had a few doubts before including this one on our list. Let’s hope that this won’t be a place where confessions will lead to arrests. On the bright side, this is a great way to release some of your secrets and release the burden.

Sometimes, live music can transmit emotions much better than the official, recorded song. Moshcam is where you can find live music videos and interviews for free. And free doesn’t mean poor quality, as the shows are filmed by professionals and are of high quality.

Was this article helpful?
YesNo
TechPP is supported by our audience. We may earn affiliate commissions from buying links on this site.
Read Next
How to Use Android Phone as Webcam for PC
#android #Best Android Apps