A little while back, Microsoft announced the next generation Xbox One gaming console. It has lots of new features and state of the art hardware, but how does it fare against its number one competitor: Sony’s Playstation 4, which also has top notch specs and a lot of power? Today, we’ll be taking a look at the differences between them, in the hope that we can say which of these awesome gaming consoles looks the best for now.

The Xbox One has a lot of innovation on its side. Microsoft has tried to provide all the multimedia needs of the user in one device. They have managed to make the Xbox console an All-in-One Home entertainment device, which can stream live television, as well as attend your gaming needs. And while we can’t get down and dirty, and play some games on these two consoles yet, to compare the gaming experience, we can take a look at their specs and their features.

Can Playstation 4 keep up with the Xbox One? 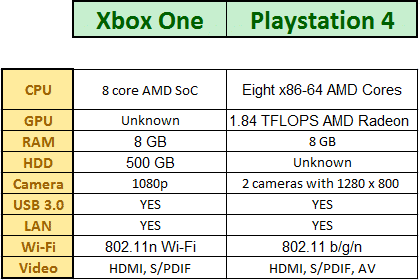 If you don’t remember what the Sony Playstation 4 has under its hood, then you can take a look at our cover of the Playstation 4 release, or about the main features that the console had. Here’s a quick overview of what Sony’s Playstation 4 console is packing, for a better comparison of the two consoles: 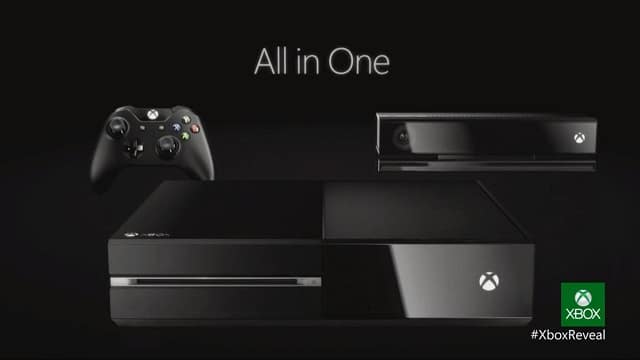 As you can see, the Sony Playstation 4 has a lot of horsepower under its hood, but how good is it when compared to the Xbox One? Let’s take a look at the known technical specs of the Xbox One: 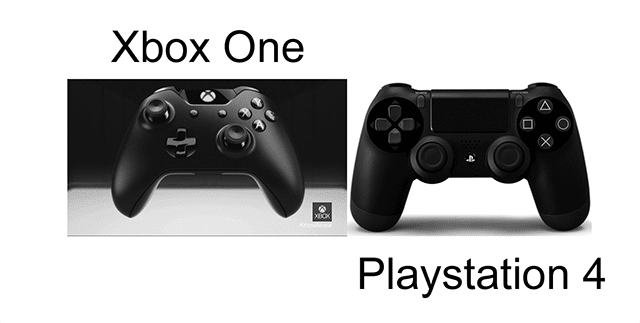 Spec-wise, the two gaming consoles are very similar, offering users lots of computing power as well as top notch features. What it boils down to is the user’s preferences. Each of the two consoles have gotten upgraded controllers as well as, a lot of software-related updates. Microsoft has created the Xbox One console so it can be the perfect companion to your living room, as users will have access to their live television as well their Xbox Live gaming zone.

Is Xbox moving away from gaming?

In the presentation, we saw how the new Xbox One can act as more than just your gaming console, incorporating voice and gesture control, and how it can be used to watch TV (with certain limitations) or browse the web. But with all of these features being added to the console, some users might feel that Microsoft has moved past the true purpose of the Xbox console: gaming.

The Xbox is not just a gaming console anymore, but has become a multimedia hub, where you can do much more than play games, and even if its new features offer some great uses to the Xbox One, we would have expected more gaming-related upgrades. The controller received a great facelift and the body of the Xbox One was created to be more stylish, but the real question here is: do gamers really care about all that?

When comparing the Xbox One to the Playstation 4, we can’t help but wonder which of these two companies have put more thought into the needs of their consumers: the gamers. And at this point, it would seem that Sony is in the lead. It’s true that Microsoft did show us some updates for Xbox Live, such as the new generation of achievements, or Smart Match, which creates multiplayer games based on different criteria, such as skills or language and Game DVR which allows users to record in-game footage and edit it.

But the absence of support for core features like 802.11ac WiFi standard truly hurts Xbox One, specially considering that the new console hardware will not be updated for few years from now. Sadly, PS4 too doesn’t support the latest WiFi standard.

Moreover, Microsoft has confirmed that Xbox One won’t be backwards compatible, meaning all those Xbox 360 games you bought won’t work on Xbox One. Similar restrictions were mentioned by Sony, back in February this year when they announced the Playstation 4. Also, Microsoft will be curbing used games, by having a usage fee for reused games.

Was this article helpful?
YesNo
TechPP is supported by our audience. We may earn affiliate commissions from buying links on this site.
Read Next
Snapdragon 782G vs Snapdragon 778G Plus: What Has Changed?
#comparison #playstation 4 #Xbox One