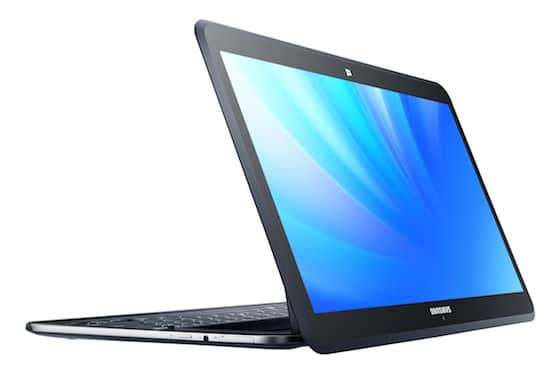 At their special event in London, today, Samsung has announced the Ativ Q tablet that comes with two operating systems: Windows 8 and Android. Apparently, consumers all over the world are not satisfied only with ATIV Smart PC that comes Windows 8 and they need also Android to go along with it. It’s an interesting move from Samsung, but I’m really curious who is that informed as to buy a device that comes with Windows 8 and Android (4.2.2), in the same time. Most of the folks I know are quite satisfied with just a single reliable operating system.

The 13.3-inch ATIV Q is actually a hybrid, coming with a hinge design. It allows access to the Windows Store and Google Play thanks to its dual-os capability. Being a hybrid, it allows you to convert the tablet from a flat surface to a laptop, or, if you want, you can flip the display to a stand mode in order to watch a movie or video in a more comfortable position. The ATIV Q comes with an impressive qHD+ display with a 3,200 x 1,800 pixels resolution (Samsung calls it world’s highest resolution) at 275ppi and a 720p HD camera.

The dual-OS tablet joins a family of ATIV devices composed of the tbalet Tab 3, laptop Book 9 and all-in-one One 5. It comes with an awesome viewing angle at 179 degrees. The ATIV Q comes with the latest Intel Haswell microprocessor and a battery life of up to 9 hours, which is really impressive. Also, the ATIV Q flips in so many ways that you wouldn’t have imagined possible. The hybrid comes with a S-Pen. It is “only” 13.9 mm and weighs 1.29 kg, magnesium taking a signficant role in the build process.

The ATIV Q is powered, as we said, by a Core i5 Haswell processor, along with 4GB of RAM and a 128GB SSD. At the moment, we don’t know details on its pricing or availability, but taking into consideration the impressive specs it comes with, we shouldn’t expect it to be quite cheap. The hybrid also comes with I/O ports, including microSD and HDMI.

Talking more about the dual-OS ability, you should know that you can even pin Android apps to the Windows 8’s start screen, which, let’s hope, won’t become an entanglement for users rather than an advantage. Also, it’s a real delight to know that in order to switch between Android and Windows, one just needs to to press the Start button, without having to reboot the device. 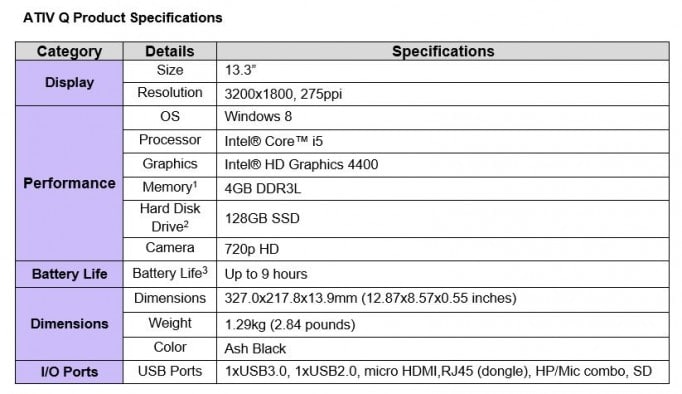 Was this article helpful?
YesNo
TechPP is supported by our audience. We may earn affiliate commissions from buying links on this site.
Read Next
Samsung Galaxy Fold 4 Tips and Tricks: Get the Most Out of Your Phone
#samsung #tablets