Most of us have probably heard about Near Field Communication (NFC), but not everybody has managed to really make us of this technology in their daily activities. Probably it has to do with the slow mainstream adoption of near-field communication as it hasn’t yet become such a spread standard like Bluetooth is, for example. NFC Ring is a gadget that wants to remind us of the awesome things we can do with the NFC technology, such as unlocking doors and phones.

John McLear, the mastermind behind the idea, has brought his NFC Ring project on KickStarter, and, at the moment when this article was published, he had almost met his funding goal of  £30,000 with more than 1,100 backers supporting the concept. As there are more than 27 days left, the number of backers will definitely increase.Just like the name hints, NFC Ring is a ring that you wear on your finger and you use it for various purposes, such as unlocking your home door, your Android phone or even transferring information.

If you have an NFC-enabled phone, then all you need to do is to slide your hand under it, with your NFC Ring on and it will unlock your phone, provided you haven’t enabled a password or another security measure. For this, you will need to install the third party free Android application called NFC Ring, developed by the same John McLear.

Unlocking your door is also possible, provided that you have installed in your home an NFC enabled door lock, something similar to the Lockitron security system. Besides this, the NFC Ring can be used to perform the following actions:

And what’s really awesome, as the creator assures us, is that NFC Ring doesn’t need to be charged and it doesn’t require updates. The single problem is that you might find it uncomfortable to wear it with you all the day. This seems more like a gadget that will be used heavily in the future and not right now, because the NFC standard is not yet fully understood by consumers and not properly implemented by developers. 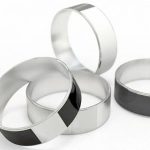 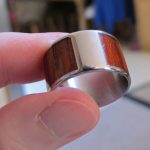 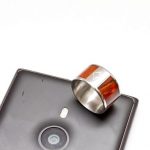 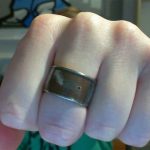 The engineering behind this tiny gizmo wasn’t that simple, and there were quite a few challenges the team faced:

Metal and RFID was the biggest problem, as metal absorbs the RFID signal from the antenna, breaking the communication with the ring. After a while, John solved the problem by adding an intermediate layer between the Ring and the inlay. But it had to be thin enough. After a few trips to China we had sourced a 13mm intermediate layer and put together our first prototype. The style issue was addressed by allowing the NFC Ring owners to customize their own style with a set of colours.

The security problem was resolved by adding an additional inlay opposite the original inlay, creating an interference area stopping any powerful antennas being able to complete a full induction process and by using different hand gestures for different actions. The issue with the inlays was that the thinnest inlay on the market at the time of initial development was 12mm. This meant the ring was 13mm wide. This was incredibly uncomfortable as the ring is designed to be worn permanently such as a wedding band. Five very expensive prototypes later we had developed our own 6mm NFC Inlay.

The software behind the creation of NFC Ring is based on open source. Also, if you are a 3D printing fan, you should that you can also get your own 3D printed NFC Ring models. By creating the NFC Ring on the open source platform Apache Cordova,  this will enable third parties to adopt 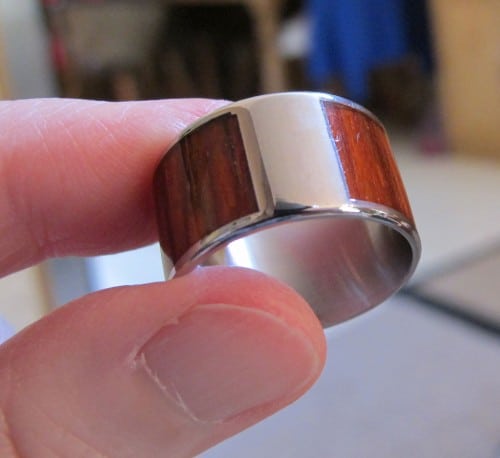 the NFC Ring and adapt it to their needs. Some future plans for NFC Ring include adding to it pedometer and heart rate monitor functions.

The NFC Ring will work with Android, Windows Mobile and BlackBerry, but there is only an official Android app.  If you are a hacker and you love to tweak hardware around, you should know that Raspberry Pi and Arduino devices can interact with the NFC Ring, having NFC modules inside. Also, the read distance is only 1 mm, this being a specific security feature of the NFC technology overall and not something that should be regarded as a drawback.

If all goes according to the plan, the NFC Rings should start making their to customers in late October. On Kickstarter, one ring is around £25/$38, but if choose to 3D print it, it will definitely be much cheaper.

Wear Graphene Gamma: One Jacket to Rule Them All
Read Next
Source: KickStarter