We all loved the Lumia design, ever since Nokia decided to use polycarbonate as the base shell material. The same design featured on so many Nokia smartphones is now said to be adopted into a fully-fledged 10.1-inch Windows RT tablet (codenamed Nokia Sirius) that will go head to head against the all-mighty iPad.

At a time when multiple OEMs are calling it quits, Nokia is reportedly planning to bring a Lumia Windows RT tablet. This news follows $900m debacle of Surface RT, which possibly resulted in the forced retirement of Steve Ballmer a couple of days back. Earlier this month, Asus announced that it will no longer produce Windows RT devices, which followed the withdrawal of Samsung, HP, Lenovo, and HTC from Windows RT market. Dell is the only OEM who is sticking to Windows RT (for now). And for some weird reasons, Nokia has decided to jump in to rescue the sinking ship. 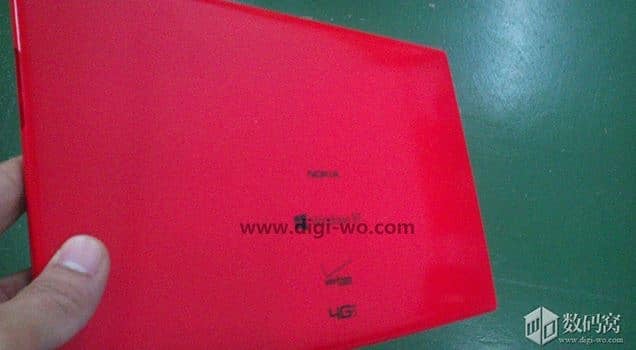 Leaked on several occasions this month, Nokia’s future possible product is claimed to be thinner and lighter than the current iPad model. We know from multiple sources that Nokia was previously working with Nvidia to bring a Tegra 3 based Win RT tablet back in 2012, which didn’t materialize for multiple reasons. It now looks like Nokia didn’t scrap the project completely, and instead went to Qualcomm.

Specs wise, the Nokia Sirius, as insiders like to call it, may come with a 6-megapixel rear-camera and a worthy 2-megapixel camera on the front. As you may have guessed, the display quality will be sharp, with a 1920 x 1080 resolution capable panel expected. Inside the polycarbonate shell, the Finish company may employ the services of a Qualcomm quad-core Snapdragon 800 processor and 2GB of RAM.

Other than that, sources claim that battery life should last around 10 hours even when the LTE feature is activated. Also, there are chances we could see a basic Micro HDMI and microUSB ports included, beside the microSD card slot that extends 32GB of internal storage.

As with Microsoft’s own Surface RT, Sirius is said to come with an external keyboard accessory, which offers additional battery life besides the obvious functionality purpose. When it comes to price and other interesting details, the tablet is expected to cost pretty much as a new iPad, and will be sold in multiple color variations. The unveil is rumored to be set for September 26th in New York.

TechPP is supported by our audience. We may earn affiliate commissions from buying links on this site.
Read Next
How to Request Read Receipts in Microsoft Outlook
#microsoft #nokia #tablets #Windows RT