The security of our virtual data is very important because these days everybody is trying to track and monitor us, from governmental agencies, such as the NSA in the USA, to online advertisers, like Google and Facebook. That’s why it’s very important to protect all of our personal information and one of the best solutions to do this is represented by a clever suite of VPN applications which can be used on mobile platforms, such as iOS and Android.

Using these kinds of applications, users will be able to safely connect to a public Wi-Fi router (which is very easy to exploit) without having to be afraid that somebody could read and see everything they do. They would even be able to download torrents and access region-blocked content, like using Hulu or Netflix from another country and so forth. So, don’t wait anymore and discover which VPN applications are the best for your Android and iOS mobile devices.

A VPN (Virtual Personal Network) basically extends a private network within a public network, such as the Internet or another network. The newly created VPN will benefit from the security and functionality of a private network, for example, users will be able to unblock all sites and applications that are restricted on your LAN (Local Area Network) and to protect their identity and private information when browsing. There are numerous apps of this type for your Android and iOS devices too, but we’ve selected only the best and presented them in the following article. 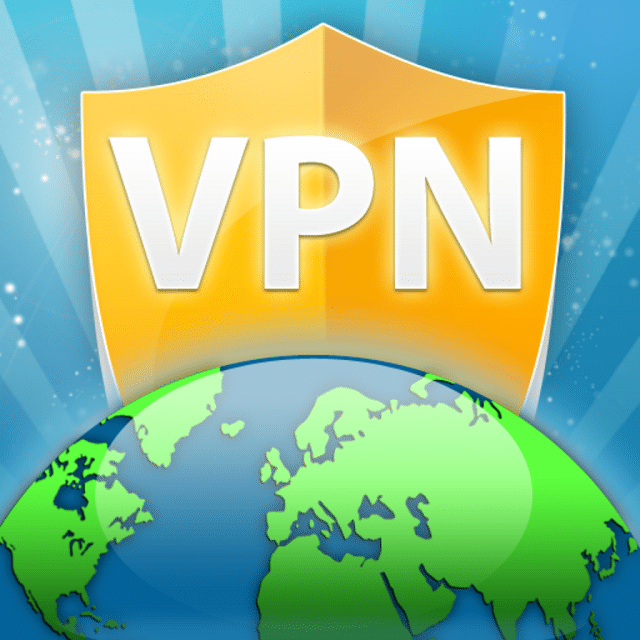 VPN In Touch is very popular in more than 20 countries in which the app for the iOS system (iPhone and iPad) has its own place in the Top 10 Apps. The app represents an innovative service that enables you to use the Internet in a very secure way, meaning that you cannot be tracked and you are not able to leave a single trace. With this service, you can always have a new IP for different locations and in this way, no one is able to find out your data, not even the Government.

VPN In Touch has lots of powerful servers that are situated in Germany, Japan, USA, Canada, Netherlands, UK, and also Singapore and it provides very popular protocols that can be used to support all of the devices that are enabled with VPN, in various locations. In addition, you should know that VIT has multi-platform support and you are able to use your account on various devices, such as mobile devices, Mac, PC, and many others.

Users are able to create a new account within the app and after they do that, they benefit from 7 days of unlimited traffic for free. Moreover, if you are not satisfied with this service, you are able to get your money back within 30 days after you made the payment with your credit card. Also, if you experience any problems with this service, you should not hesitate to contact the support team which is formed by highly skilled professionals in this domain, who will respond in the shortest time possible.

The applications are free for download, just go to the following links and download it for your iOS device. After you installed it, you are able to buy within the app different amounts of data traffic, like for 1 GB of data traffic you will have to pay $1.99. It’s a nice iPhone VPN app. 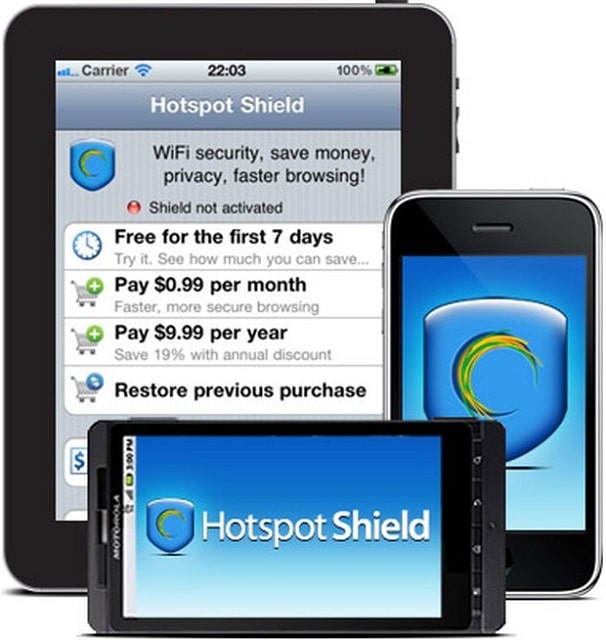 Hotspot Shield VPN permits users to send encrypted data over a public and unencrypted network. This app is one of the best of its type being downloaded by over 150 million times by users from all around the world, thanks to its numerous benefits. Also, compared to a web proxy app, this app offers better security and privacy when you are online.

One of the biggest advantages is that you could access YouTube, Netflix, Facebook, or Twitter content from school or work, places where they are often blocked. Also, you will be able to surf the Internet anonymously, while you will be protected thanks to its high capabilities of keeping your financial transactions, instant messages, downloads, and everything else private.

Another great thing is that Hotspot Shield is able to hide your IP address, even from your own Internet provider (ISP) who also spies on you. Providers, other third-party sites and services, Google, Facebook, and Twitter monitor, track, and store all of your activities. Also, the Internet is full of evil people, like spammers or hackers, who can do harmful things to you, such as stealing your credit card information.

This app offers great malware protection, having a huge database with over 3.5 million known and suspected domains. It protects its users from four types of websites: Malware Sites, Infected Sites, Illegal or Phishing Sites, and Spam Sites & Content Farms. Basically, whenever you will want to access a webpage, the app will compare it with its own database and announce to you if something can go wrong.

Hotspot Shield is available as a free ad supported application for your Android and iOS devices and as a paid version, known as HotSpot Shield Elite, which can be bought for $29.95 for a whole year. So don’t wait anymore and at least try the free version of this amazing VPN application. 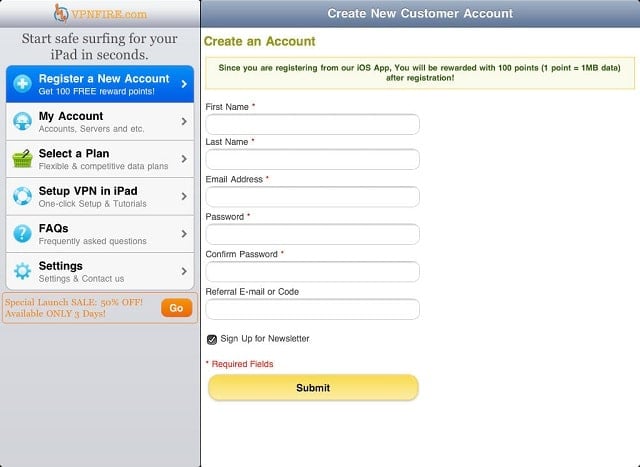 VPN Fire is one of the most used and beloved applications of its type, thanks to its simplicity and many other advantages. In order to offer first-class services, its developers created more than 200 servers worldwide that are very fast, being placed in locations like the United States, United Kingdom, and Hong Kong.

The app offers a wide variety of features, including high security, awesome speed, and very a very simple installation setup. Basically, it’s one of the most secure VPN application that are on the market, because of the 128-bit encryption system which supports both L2TP and PPTP protocols. Furthermore, each time you connect to the Internet using this app you will receive a new IP so that nobody could be able to spy on you.

Another nice feature is that VPN Fire will not keep any data about your web activity, not as much as any logs, being totally anonymous. Also, it has a video accelerator that permits users even from China to watch Hulu or Netflix without any buffering issues. Moreover, the app permits users to connect as many devices they want to a single account, including Windows PCs, Macs, and iOS devices. It’s good to know that the app provides auto-setup profiles so that everything would go smoothly in just seconds.

If you are interested in this professional application, note that it’s only available for iOS users who can download it from the official Apple Store, iTunes., by going to the following link. The app is free for download, but besides the 200 MB of free traffic users have to buy additional data or subscriptions. For example, for a subscription of 30 days, somebody has to pay $3.99 and for 5 GB of data traffic, they have to pay $5.99. 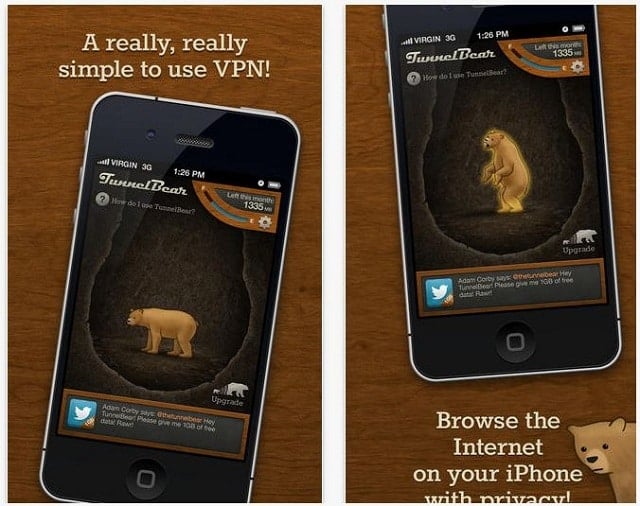 You should also take a look at the TunnelBear VPN app, which is one of the most beautiful and simple-to-use applications we’ve seen. The app is able to create a virtual private network that offers its users a way to connect to those corners of the Internet that are normally restricted and at the same time, it offers the protection of their personal information.

The simplicity overwhelms the functionality of this app because the users only have to turn the knob to “ON” and voila, they are protected and they can safely access any page they want. The animations are wonderfully realized, having a giant animated bear as a mascot which grows up depending on your account type.

The app is available for both Android and iOS devices and can be downloaded for free from the following link. Then, you will have to create a new account, either from the app or the web, and choose between the following account types: Little (free) which offers only 500 MB of free data, Giant ($4.99 per month), and Grizzly ($49.99 per year) which offer unlimited tunneling.

If you choose the free account type you can add an extra 1 GB of data if you tweet something about them (follow the next link for extra information).

You should also try:

Was this article helpful?
YesNo
TechPP is supported by our audience. We may earn affiliate commissions from buying links on this site.
Read Next
NothingOS Made Me Realise How Much Overrated Pixel UI Is
#android #Best Apps #best vpn #ios