Oppo, one of the latest entrants to the Indian smartphone market has just launched its latest flagship phones, the Oppo Find 7 and Find 7a here in India. In a launch event at the national capital, Oppo announced that the lower-specced Find 7a will be available for purchase from tomorrow, i.e June 12th for Rs.31,990, while the Find 7 will be available from next month for Rs.37,990. 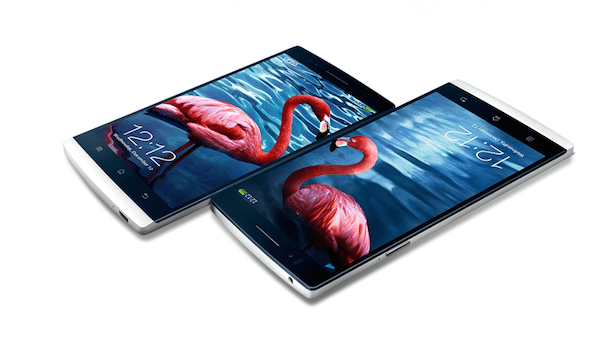 Both the models were launched in China back in March this year, and Oppo has brought them to the Indian shores as promised. The better-specced, Find 7 carries a 5.5-inch QHD (2K) display with 1440×2560 pixels resolution, with a pixel density of 534 PPI. The phone is powered by a 2.5GHz Snapdragon 801 quad-core chipset with Adreno 330 GPU and a massive 3GB of RAM. It comes with 32GB of internal storage that can be expanded by up to 128GB using a microSD card. It runs on Android 4.3 JellyBean based ColorOS 1.2.

Other important hardware specifications include the 13MP shooter on the rear which comes with a Sony IMX214 CMOS chip and f/2 lens and can record videos at 4K resolutions. The front camera is a 5MP affair. The Oppo Find 7 is the first phone to come with Super Zoom mode which essentially shoots ten photos and merges them into a single 50MP image. The phone carries 3,000mAh battery and comes with 3G, NFC, BlueTooth 4.0, WiFi and GPS options.

What we think of this
We are yet to check out the devices, but from the look of it, both of them look powerful and attractive. The pricing is definitely aggressive this time from Oppo. The major con I can think of is the OS, which is stuck at Android 4.3 right now.
Was this article helpful?
YesNo
TechPP is supported by our audience. We may earn affiliate commissions from buying links on this site.
Read Next
What is UPI Lite and How to Enable it on Any Device [2022]
#india #oppo #Oppo Find 7