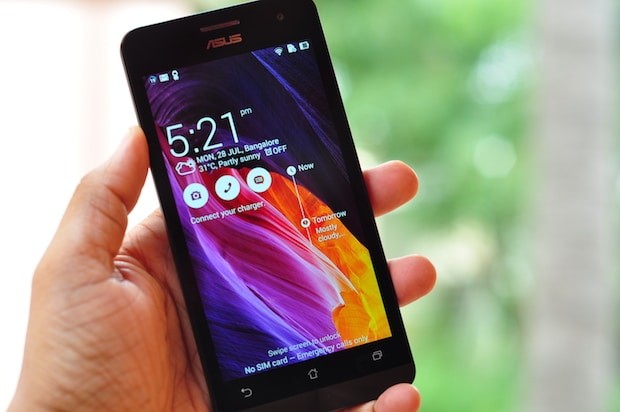 Verily it is the season of devices which deliver dollops of superb performance at relatively low prices. We have already seen the Moto G and the Lumia 630 do just that, pretty much redefining what we can expect from a sub USD 200-225 device. And now, Asus has thrown the ZenFone 5 into the same ring – claiming to deliver excellent performance at an even lower price (Rs 9,999, or USD 167 approximately). How well does it perform against some very tough competition (the Xiaomi Mi 3 just hit the market for good measure, adding yet another level of expectations)?

Not budget looks at all!

“Costeth thou not a pretty penny, phone? Thou shalt not cut a pretty figure then” seems to be a clause in the Bible of Smartphone Design. Even the likes of the Moto G and the Lumia 630 looked smart rather than stylish (although some of the colourful back panels added a touch of class to the Lumia 630). The designers of the ZenFone 5 however seem to have skipped that part of the book and the result is a phone that looks surprisingly good for its price tag. 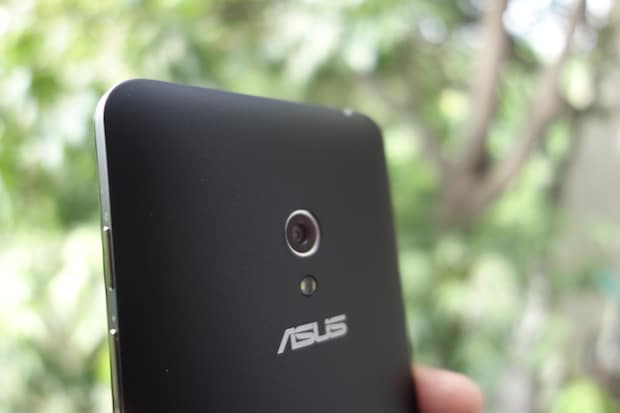 The front is all about the 5.0-inch display which has a speaker and a 2.0-megapixel camera above it, three touch keys just below it, and in a neat touch, the kind of brushed metal finish that we saw on Asus’ ZenBook range at the bottom. Yes, it increases the length of the device, but we cannot deny that it looks good. The back is curved outwards gently and is made of solid plastic (thankfully not the stain-picking, glossy type), and houses an 8.0-megapixel camera with a LED flash near the top and speaker grille on the lower portion. The outward curve makes it appear a lot slimmer than it actually is (10.34 mm for the record). On the right are metallic buttons for volume and power/display, the micro USB port is on the lower part of the phone and the 3.5 mm audio jack on top. The left side is plain.

The back incidentally is removable, and below it reside dual SIM slots, a non-removable battery and an expandable memory slot. All in all, the impression is one of understated class, with some very clever use of metallic accents. At around 145 grammes, it is not exactly lightweight and it will be large for most feminine hands, but it feels reassuringly solid. We covered the brand name with our finger and asked people to identify the manufacturer of the phone and the answer we got most of the time was “HTC.” Yeah, that good!

Not budget hardware either 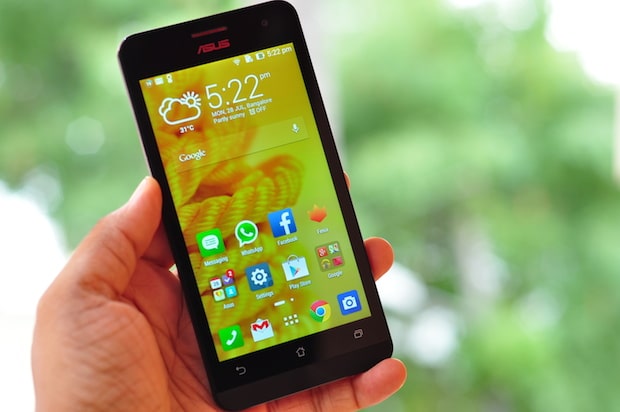 And backing up those rather sleek looks is some very good hardware. The phone is powered by a dual core Intel Atom Z2560 processor clocked at 1.6 GHz, with 2GB RAM to facilitate multi-tasking. The storage stands at 8 GB and is expandable via microSD card. The display is a 720p affair and comes with Corning Gorilla Glass to stave off scratches.

The camera is not a run of the mill affair and comes with Asus’ PixelMaster technology, which the company claims facilitates low light photography even minus a flash. Connectivity options include Bluetooth 4.0, GPS, 3G and Wi-Fi. In terms of hardware, this is perhaps the first device from a prominent brand to offer a 720p display and a 8.0-megapixel camera at this price point.

And it bloody well works! 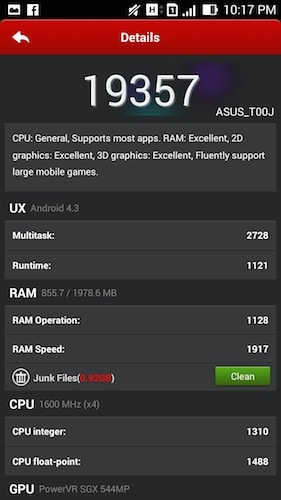 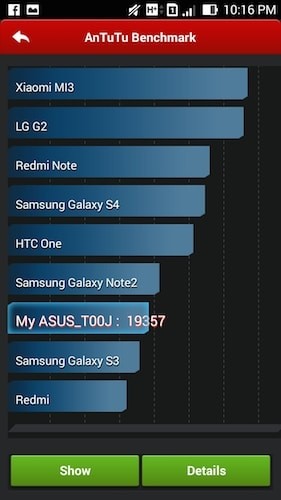 Right, we need to apologize right away for using ‘strong’ language in the sub-heading above, but what really surprised us about the ZenFone 5 was its performance. We had been expecting a few creaks and jitters at a device at this price point, but although there was the odd lag, performance in general was surprisingly smooth and a clear notch above that seen in the Moto G. Benchmark scores placed the ZenFone 5 at in the vicinity of the Nexus 4 and Note 2, which is staggering when you considered its price and how good those devices were (the Note 2 still does brisk business in India!). But by and large, Intel’s Atom processor turns in a very good performance and while the device does heat up, it never becomes uncomfortably so. We were actually able to switch between playing FIFA 14 and Virtua Tennis on it while keeping out social networks and mails on push, with barely a lag.

Sound quality was good, and then there was the matter of the camera. We are used to mediocre cameras at this price point, but the 8.0-megapixel shooter on the ZenFone 5 is comfortably above average. Yes, the hype around its low-light performance is somewhat exaggerated, but even then, its performance in terms of detail was a notch above devices priced twice as much. Colours did take a slight hammering indoors, though and if one was being really finicky (not fair at this price point), one would have liked slightly less lag, but all said and done, this is a very good camera. 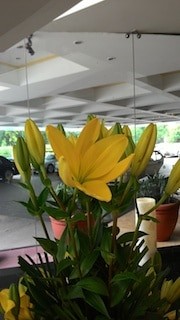 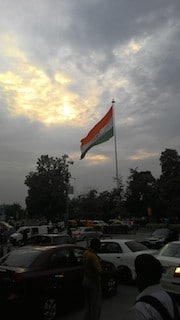 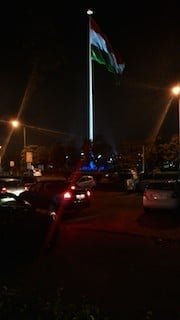 A crucial factor in the device’s performance we think is Asus’ overlay on Android 4.3, the ZenUI. It is more subtle than the overwhelming TouchWiz and Sense interfaces that we have seen from Samsung and HTC, respectively, and yet manages to get the job done with minimum fuss. There are four homescreens, one of which is the What’s next screen, telling you about your appointments. The camera interface comes with a number of shooting modes and tweaks and a touch we liked was the Reading Mode, which twitched the brightness of the screen and backgrounds for different tasks – so you could have a more reader-friendly setting for those times when you are reading instead of the same setting for all times. While on the screen brightness issue, you can also use the ‘background tint’ option in the wallpaper to ensure that the app and shortcut icons stand out more prominently and do not get lost in the wallpaper. Yes, the Quick Settings drop down panel can be a bit overwhelming initially, but it is handy once you get the hang of it. And Asus is not sitting on its software laurels – we have had two firmware updates in the period we have had the device, each improving its performance, while squashing some bugs. 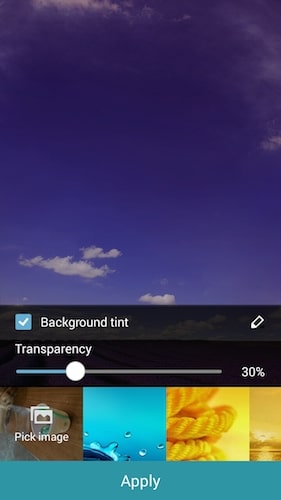 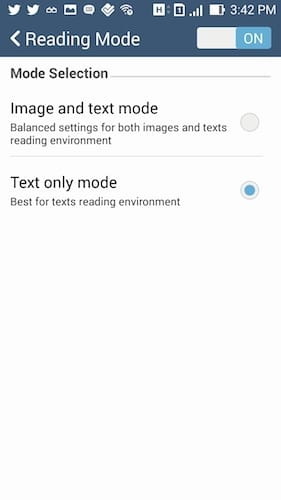 No, it is not all milk and honey. There are some who would hanker for the latest version of Android (Asus tells us that an update to 4.4 is coming soon, but when is not really clear). The camera might strike some as being just a bit laggy, and the viewing angles on the display are not the greatest always. Battery life will be a bit of an issue, if you insist on using the camera heavily and lead a busy socially networked existence – a charge a day will be necessary. But even then, at this price point, the experience we had was extremely good.

Which of course brings us to decision time and what we think of the Asus ZenFone 5. Honestly, we are surprised. For the ZenFone 5 tackles the three frailties that most ‘budget’ devices have had – design, camera and software – and comes out on top in all three. Not only is it the best value for money device we have seen since the Lumia 520 (which shored up Nokia’s fortunes while its flagships failed), but it is by far the best phone in the sub-Rs 10,000 category in the Indian market and one of the best in the sub-USD 200 one worldwide. Does it best the Moto G? Comfortably. And it costs almost a fourth lesser. If that does not tell the tale, nothing will.

Was this article helpful?
YesNo
TechPP is supported by our audience. We may earn affiliate commissions from buying links on this site.
Read Next
Asus ROG Flow X13 Review: Power-Packed Convenience
#Asus #Zenfone 5