In a world of increasingly large phones and tablets, Amazon’s Kindle e-book reader is an aberration of sorts. It does not try to ape your phone or computer, but simply sticks to one main task – delivering a book-like reading experience on a digital medium. And while many have said that the bigger phones and tablets left no space for an e-book reader, the sight of people holding this handy little device is becoming increasingly common in urban India, be it in the Metro or in cafes. And now the e-bookworm community has a new option – the Kindle Voyage, which has just been launched in India. 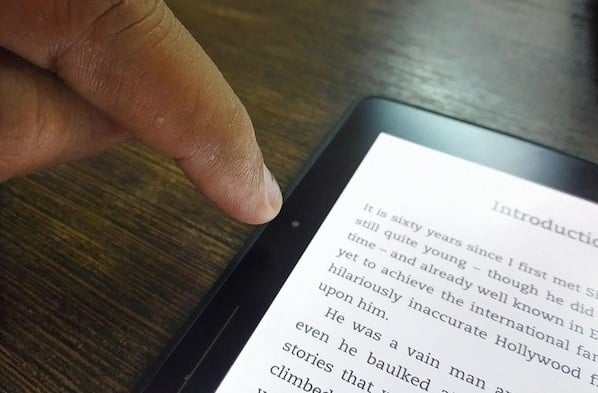 A Kindle that looks classy? Yep!

The Voyage is Kindle turning on the style. Earlier Kindles were known for being sturdy and functional, and well, smart at best. This one? Ah, it is definitely not flimsy but whoever we have shown it to has remarked on its sleek finish. At 7.6 mm, it is definitely in the slim category – the iPhone 6 Plus is 7.1 mm – and at 180 grammes, is just a fraction heavier than the iPhone 6 Plus, which is 172 grammes. And yes, unlike previous Kindles, whose e-ink displays were slightly recessed, the one on the Voyage is flush with the bezel, making it one smooth front. On each side of the display are a single line and a dot. No, they are not for design, but are in fact haptic buttons – pressing the line will move you a page ahead, and pressing the dot will take you a page behind.

Oh, and there is a special sensor at the front to adjust the lighting automatically (you can do so manually using the bulb icon) and gently reduces brightness to match the way human eyes respond to darkness – what Amazon calls ‘adaptive’ lighting). While on the subect of lighting – yes, the Voyage also has front-lighting like the Paperwhite, which means that the light shines on the page rather than on your face as you view it. And that display is made of specially strengthened glass designed to resist scratches, and comes with etching patterns that Amazon claims matches the feel of paper. It certainly does not feel like a regular Kindle is all we can say. 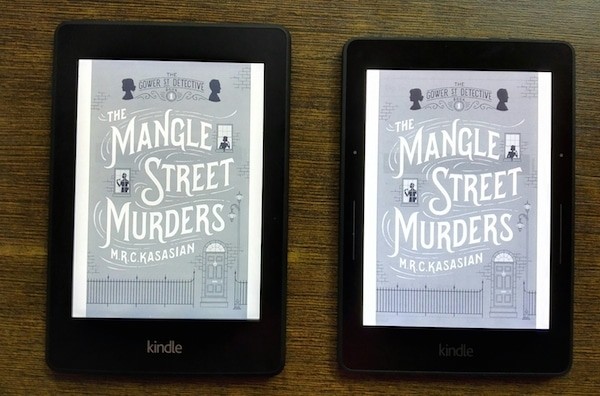 And it is not just the front that has changed. The back has too. Now, the display/power button is on the back, towards the left edge (a welcome change from being at the base of the device) but what is more noticeable is the much more edge-y design which literally seems to have taken a leaf out of HTC’s Diamond series, with the back seemingly made of different sized blocks. The block on the top of the back is made of slightly glossy material, which looks nice, but will pick up fingerprints and smudges, alas. It is an utter contrast from the smoother looking backs we have seen on previous Kindles, and honestly, we are not too sure how well it will go down with people. We generally liked the different feel of the device, but a part of us did prefer the smoother back. Maybe it was habit speaking.

Any preference for the older Kindles, however, pretty much disappeared in the week we spent using the Voyage. Amazon claims that its display is the highest resolution seen on a Kindle with a pixel density of 300 ppi. That may not jump out at you from an e-ink grayscale display like it would from say, an iPad, but place it next to a Paperwhite and the difference seems stark – not only does the Voyage give a ‘whiter’ look (making the Paperwhite’s look dull) but fonts and illustrations are distinctly sharper too – we actually that you can read graphic novels on this, provided they are not overladen with color (black and white classics like Peanuts are a delight on it). And adaptive lighting certainly seems to work. We loved the fact that we did not have to fiddle brightness settings all the time. The display is a delight to read even in the brightest daylight, and the Goodreads and Word Wise integration do making reading a lot more fun.

Typing was about the smoothest we have had on a Kindle, although it is still going to elicit complaints from those used to an iPad or Android tablet. We had mixed feelings about turning pages using the line and the dot on the sides of the display, though – flicking the screen seemed simpler and more intuitive, and the slight vibration that came though the buttons seemed a bit intrusive. It might just be a matter of habit though. Although the touch experience and navigation was the best we have experienced on a touchscreen Kindle, we must confess that we would love a button that will simply take you to the homescreen – tapping the top of the book one is reading and then picking ‘home’ seems just a little tedious.

The book purchasing process was as seamless as ever, letting you either purchase books from a computer/phone and then get them sent to the Voyage, or buy them directly from the Voyage itself, while connected to the store over Wi-Fi or 3G. However, we noticed that when we changed our country to India, one click purchasing did not seem to be possible from the Voyage itself unless one had Amazon gift card balance – one had no option but to purchase the book from a computer or phone and then send it to the Voyage. This is not exactly a deal-breaker but is definitely more inconvenient than the simple ‘click and download‘ process from stores of other countries, and also makes the Voyage less of a stand-alone device, even though it does come with a 3G and Wi-Fi version (you can browse books in the store for an unlimited time on the 3G edition without having to pay a penny for connectivity). On the flip side, users in India can now use local credit cards and net banking to purchase books from the Kindle store, which was not possible in the past.

Storage is at a very respectable 4 GB which means hundred of normal (non-illustrated) books, and yes, the battery life remains awesome – we have been using it for about a week and there is more than two-thirds of the battery still left. Amazon is not kidding when it talks of battery life in terms of weeks rather than hours.

Substance and style but at a price! 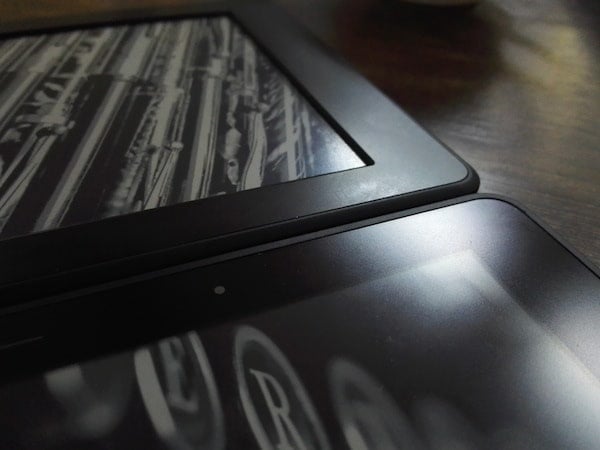 Which of course leads us to the question that matters: should you be lightening your wallet (or testing the limits of your credit card) for it?

Well, it is definitely the sleekest Kindle around and in terms of performance, is easily the best e-book reader we have ever used. The big issue is its price: the Wi-Fi edition costs Rs 16,490 (~$265) with the Wi-Fi and 3G edition costing Rs 4,000 more. When you consider that the Kindle Paperwhite is retailing for Rs 10,999 onwards, that seems like a stiff price, for honestly, we still think the Paperwhite packs a lot of reading punch for bookworms. We are already hearing the “I can get a base model Kindle AND a Paperwhite for a little more the price of a Voyage” remarks from some Kindle fans, and of course, there are those who point out that you can even get the very good Xiaomi Mi Pad for Rs 12,999 and get all the joy of Android as well as the option to read books (using the Kindle app), and a very good camera as well.

All of which is correct, but then the simple fact is that if you are looking for a great book-reading experience, and are not constrained by budget, then the Voyage is simply head and shoulders above anything we have seen. No, it does not give you the options a “regular” tablet would, but then a regular tablet is unlike to provide a reading experience that almost matches that on paper and is totally free from intrusions – no pesky notifications popping up. And comparing the Voyage with the Paperwhite is a tad like comparing an iPad with a Windows tablet – the question is not of pure functionality and features, but of a premium experience. And the Voyage delivers the latter. In spades. Yes, bookworms all over the world will wince at its price, but those who do invest in it, will smile while reading it. The Voyage is Kindle turning on the style. Mark our words: heads will turn as you turn the pages on it.

If you love reading, we suggest you take a Voyage. Of the Kindle kind. Oh yes, pun SO intended.

Was this article helpful?
YesNo
TechPP is supported by our audience. We may earn affiliate commissions from buying links on this site.
Read Next
Nothing Ear (Stick) Review: A treat for the eyes… and ears too!
#Amazon Kindle #Kindle Voyage #review