BitTorrent Inc, the software firm which is known for its infamous torrent client by the same name has launched an encrypted messaging app called Bleep. Much like its torrent app, Bleep works on the peer-to-peer network. First released in private alpha last year, Bleep is now available in stable form for Android, iOS, Windows, and Mac platforms. The app offers ephemeral messaging, and free voice call among other interesting features. 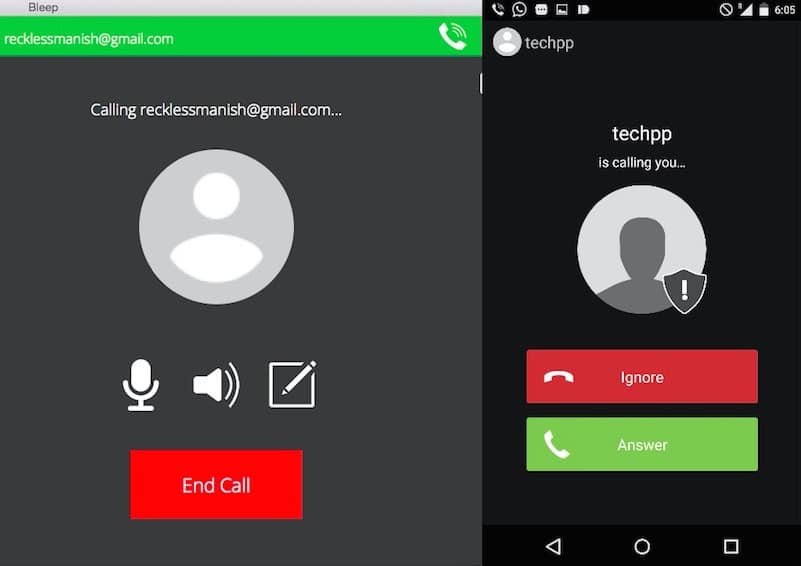 Bleep doesn’t require any personal information — email address, or phone number — at the time of registration. You can still feed those data, if you want, and it will be used to notify you when your friends have joined the chatting app. But typically, all you’re supposed to do is pick a nickname.

The company is touting Bleep’s P2P network reliance that makes it possible for it to function without storing the files on cloud. The company says that since there is no server anywhere, hackers can’t target a particular location to steal content. Bleep stores information on a user’s device for a brief period of time before deleting them.

Bleep also comes with a feature called ‘whisper,’ which seems to borrow Snapchat’s ephemeral message sending ability. In case of whisper, however, the messages disappear after 25 seconds they have been viewed. The company assures that there is no way a person could retain a copy of the message once it has been viewed, and it doesn’t store the files in a centralized server.

That said, the app lacks a number of vital information. For instance, it doesn’t sync data across different devices. Furthermore, the desktop client can’t send images yet. The company says that it will be fixing these things soon.

Since Snapchat is yet to gain substantial traction in developing nations such as India, the ephemeral messaging feature coupled with free voice calling make the app very enticing. You can download the app from here.

Was this article helpful?
YesNo
TechPP is supported by our audience. We may earn affiliate commissions from buying links on this site.
#bittorrent #Bleep #Free Voice Call #Voice Call #WhatsApp Call