If a leaked product roadmap is to be believed, Apple enthusiasts are up for a great year ahead. 9to5Mac’s Mark Gurman reports that the Cupertino-based company plans to launch two new twelve-inch iPads, and introduce dual-app viewing mode, also add multi-user support to its iOS mobile operating system. The software feature could be announced next month at the company’s developer conference WWDC 2015. 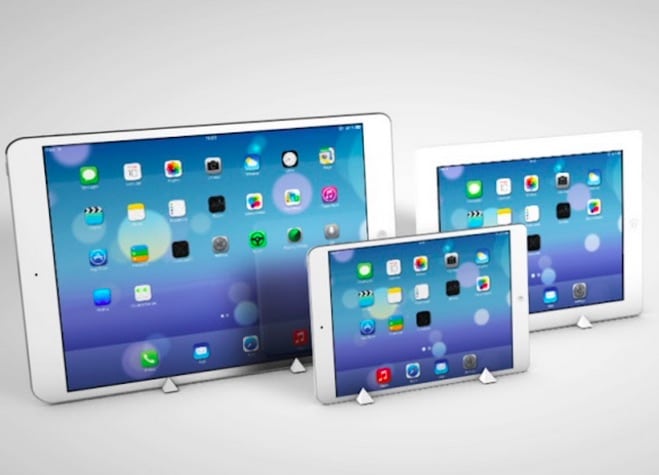 First up, the two new tablets. A 12-inch tablet isn’t new news. In last one year, we’ve heard a lot of details about this baffling device and even seen plenty of purported images of it. The new information, however, is that the company plans to introduce two big iPads, which it likes to refer to as “J98″ and “J99” (codenames) for now. Also being referred to as the “iPad Pro,” the new tablets are said to be a larger version of the iPad Air 2.

Gurman hasn’t heard about a launch date for this new iPad’s launch “as the tablet is still waiting for its software to be finished up.” Which is interesting as previous reports have suggested that the company is working on a hybrid operating system of sorts for the iPad Pro, which will have some features borrowed from the desktop OS X.

The other interesting bit — and boy, have people asked for this feature — is dual-app viewing mode or split-screen ability. The company apparently plans to offer 1/2, 1/3, and 2/3 viewing modes. The report notes that this feature will allow users to run two apps side-by-side. This was previously reported to arrive in iOS 8, but got delayed. The report claims that the company plans to bundle this feature in iOS 9 and demonstrate it at its developer conference next month. But it could be pulled too, as the company is reportedly redesigning Notification Center and other features to fit well on the 12-inch display and that might take a while. Speaking of which, there could also be a USB port and support for an additional keyboard.

In addition, the company also plans to introduce support for multiple users in iOS. It will supposedly allow users to share their iPad with other users who will be able to check out apps, documents and other places except for user’s data. Reminds me of the Guest Mode Google introduced to Android with Lollipop update.

Hopefully, some of the aforementioned juicy details will be confirmed by Apple at the event next month.

Fresh patents show Apple is working on a 3D display with eye-tracking, compact cellular hotspot and an advanced iPad stylus

And as we’re drawing closer to the starting date of the WWDC, more and more information concerning upcoming Apple products and service is coming our way. A couple of new patent applications filed by Apple suggest that the company could be working on some innovative 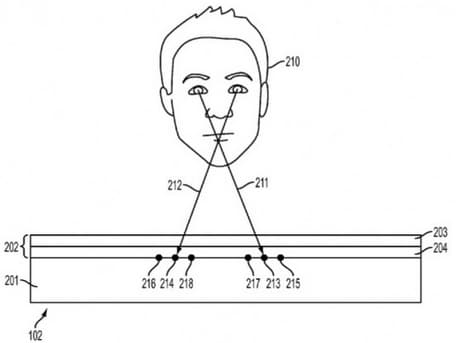 products. Of course, in most of these cases they remain just on paper, but there are several situations when they become the real thing.

The new patents describe a display that can show both 2D and 3D images at the same time, along with eye-tracking, and also a pretty a unique portable cellular hotspot. The patent related to the innovative display is titled “spatially interactive computing device,” describes a a technology which would allow Apple to show 2D and 3D images, separately or at the same time, but without the viewer having to wear any special headset or any other third-party tool.

The second patent is simply called “hotspot device,” and it seems to be more realistic, as it describes just a small, cylindrical object which has no buttons, as you can see for yourself in this image from above. As you can see, it comes in two halves which twist together, with one of them containing the SIM card reader, circuitry and antennas needed in a hotspot, while the other half contain the 1000 mAh battery. This seems like a stylish device which would come from Apple and it could solve the poor battery life and remove physical controls.

The third patent is the closest one to reality, if Apple does decide to release the iPad Pro. The invention describes an advanced stylus with a number of sensors to detect a variety of types of input – the angle at which the stylus is touching the display, or the distance of the stylus from the device. Thus, at least in theory, it could allow for a 3D input. The stylus could also get a “grip sensor” that would sense the amount of force with which the user is gripping it along with a pressure sensor that would measure how hard the user is pressing the stylus against the device.

iPad Pro M1: All you need to know about this monster new tablet
Read Next
Source: 9to5Mac