If the HTC One M9 didn’t excite you with its FHD display and you could do away with less metal, the Taiwanese phone maker has a new flagship-ish smartphone up its sleeve. The company today announced the HTC One ME, one of the most exciting smartphones it has ever made. 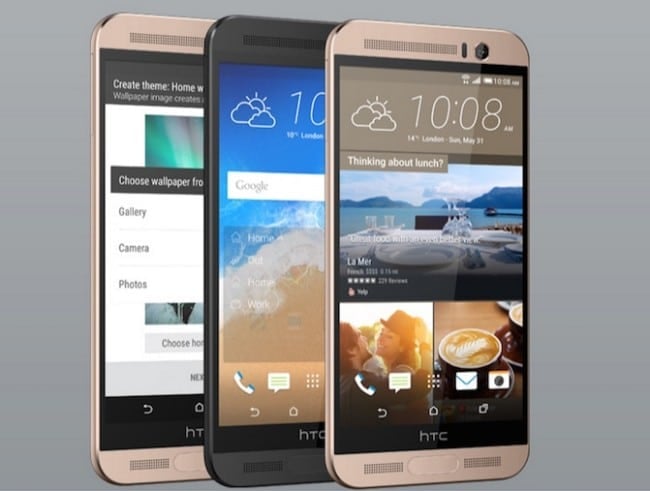 Instead of the full metal body, the HTC One ME comes wrapped in a polycarbonate shell with metal frame. It’s pretty much like the One M9+ the company had launched earlier this year, but there are a few noticeable differences such as the dual-SIM capability among others.

As for the specifications, the One ME sports a 5.2-inch display with QHD (2560 x 1400 pixels) screen resolution flaunting an impressive 565 ppi pixel density — evidently the sharpest display HTC has placed in a phone. Other hardware specs don’t disappoint either. The One ME is powered by Helio X10 eight-core chipset (the Mediatek made processor competes with Qualcomm’s Snapdragon 810) clocked at 2.2GHz. On the connectivity front, the One ME supports 4G LTE (FDD: band 1,3,5,7,8,28; TDD: band 38,39,40,41), 3G, and is dual-SIM capable — which makes us believe that the phone is targeted at Asian countries.

The device also comes with a fingerprint scanner which could store information of up to 5 fingers. With Android M offering native support for fingerprint readers, the phone could make use of many new features. On the software side, the company hasn’t mentioned the exact version of Android and HTC Sense the phone runs, but it’s likely 5.0 Lollipop.

Other features include 3GB RAM, and 32GB of internal storage, which as the company notes, could be expanded up to 2TB via microSDXC. On the camera front, the device — unlike the One M9+ — doesn’t equip the duo-setup. Instead, it is shipping with a 20-megapixel sensor, which is capable of recording videos at 4K resolution, with LED flash in the rear end and a 4-megapixel UltraPixel selfie shooter upfront. The phone retains the company’s signature Dolby Audio featuring dual HTC BoomSound speakers placed on the front side. There’s a 2,840mAh battery which the company says will run for 13.5 h on 3G mode.

The One ME will ship in — whenever that happens — in rose gold, gold sepia, and meteor grey color options. That’s because the company doesn’t have the pricing and availability information ready to share with us just yet, but it’s likely to be sold only across Asian regions.