According to Microsoft’s PowerShell team, Windows will soon support the SSH encryption protocol for remote access. Thus, in the near future, users will be able to remote-control Linux PCs much easier than before. With this move, Microsoft is further showing its support for open source, and this is definitely going to be appreciated by programmers and supporters of free software. 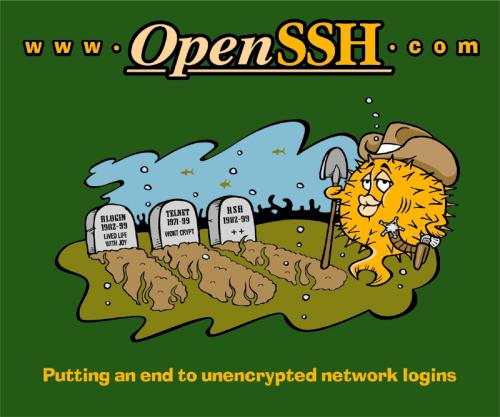 Secure Shell allows a user to run commands on a machine’s command prompt without without having to be physically present near the machine. Furthemore, it’s also possible to establish a secure channel over an insecure network in a client-server architecture, thus connecting an SSH client application with an SSH server.

The SSH library used by Windows will be OpenSSH and Microsoft said it plans to contribute to the core library, as well. As to when and how will the SSH support be available, Microsoft said that its PowerShell team will provide details in the near future on availability dates. So, basically, with this new feature, you will be able to make use of the Secure Shell protocol and Shell session to work between Windows and Linux either you want it – from Windows or from Linux.

And believe it or not, even this change has been made possible thanks to Microsoft’s new management. Here’s what Angel Calvo, a Group Software Engineering Manager from the PowerShell Team is saying:

“Finally, I’d like to share some background on today’s announcement, because this is the 3rd time the PowerShell team has attempted to support SSH. The first attempts were during PowerShell V1 and V2 and were rejected. Given our changes in leadership and culture, we decided to give it another try and this time, because we are able to show the clear and compelling customer value, the company is very supportive”

CEO Satya Nadella has shown its interest in spreading Microsoft’s services to as many platforms as possible, and this includes also environments where Linux has an important presence.

ANC, Tile integration, 24 hour battery life, good sound at…
Unpopular Opinion: Oppo "integration" Might Solve OnePlus'…
7 Best Download Managers for Windows, macOS, and Linux In…
How to Enable Support and Open HEIF and HEVC Files on…
Windows 11 Gaming Features: Upgrades That Make Gaming Better
What Is Microsoft PowerToys, and What Are the Best PowerToys…