Google launched a new range of Chromebooks in India recently. And while we will be reviewing a few of them, we have also been deluged by questions about what a Chromebook actually is and how it is different and/or better than existing notebooks. Here is our attempt at answering some of these queries. 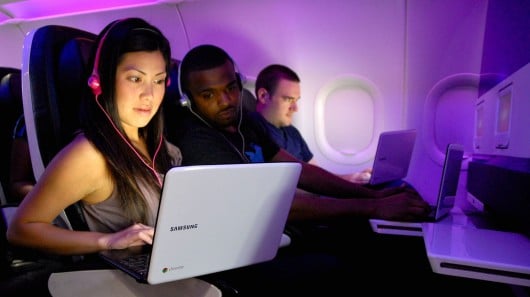 Right, so what is a Chromebook?

Wait, Chrome is an OS?! I thought it was a browser.

Yes, it is a browser. But it is an operating system too. The first Chromebooks were seen in 2011.

So, means it is like Windows and Mac OS?

Well, to be honest, yes and no. Yes, it is an operating system in its own right, so the device runs on Chrome OS. However, unlike Windows and Mac OS, Chrome is designed for working with the cloud. Working on Chrome OS is like working inside one massive browser – well, a bit like the Chrome browser, actually.

Wait, so if it is like working with a browser, why don’t I just launch Chrome on my existing computer and carry on? Why do I need a whole notebook for just running a browser?

Ah, there, the real charm of the Chrome OS comes in. You see, the Chrome browser is just one of many apps on your Windows or Mac computer. But in a Chrome OS device, like a Chromebook, everything revolves around it. The result: lesser resources needed and a much faster and because of the fewer resources needed more affordable device. Think of it as the difference between a four-course meal and a single-course one – but the single course is very delicious.

A one-course meal, so that means all you can do is browse the Web on it?

No, not at all. You can, of course, browse the Web on it, but you can also do other stuff like edit MS Office documents, play music and videos, mess around with social networks, and the like.

So there are applications that run on it?

Yes, but most of them run off the Web, i.e., in the browser.

Oh hell, so you need to be connected to the Internet all the time?

No, you do not. There are a number of applications that can work offline as well. You can work on a Chromebook even when it is not connected to the Internet; relax.

But what can you actually do with something that is basically an OS based on a browser?

Right, you can create/edit MS Office files using Google Docs, Google Sheets, and Google Slides, and there are also apps like CloudMagic that let you use IMAP mail accounts. And well, on a desktop, you do access the likes of Facebook and Twitter mainly within a browser, don’t you? You can do the same here. There are also some apps for tasks like image editing and the like.

But will it run Windows apps?

No, it won’t. Because, well, it does not run Windows. You can alternatives to Windows apps on the Chrome Web Store, though. Many of them are very decent, and most of them are totally free.

Related: How to Split Screen on Chromebook

Umm…you can play some casual games, but really, a Chromebook is not a gaming machine. At all.

We have seen printers, projectors, and scanners being a bit of a challenge, especially if they happen to be more than two years old. But USB data dongles, portable hard drives, and USB drives seem to be working fine with most Chromebooks.

So how is this different from, say, a netbook, which at least gives me Windows?

Well, for one, it starts and shuts down incredibly fast – literally within ten seconds. Secondly, its battery life is excellent and perhaps a notch ahead of netbooks: handle it carefully, and you will get close to ten hours on it every time. And well, because it consumes lesser resources than Windows, a Chromebook is likely to be far lighter and more affordable.

It is basically an operating system based on a browser. Why should I purchase one?

Well, to have a notebook you can:

Now, that does not sound too bad, does it? We think they are a good option for anyone who writes a lot on the move -students, executives, and of course, tech writers like us. 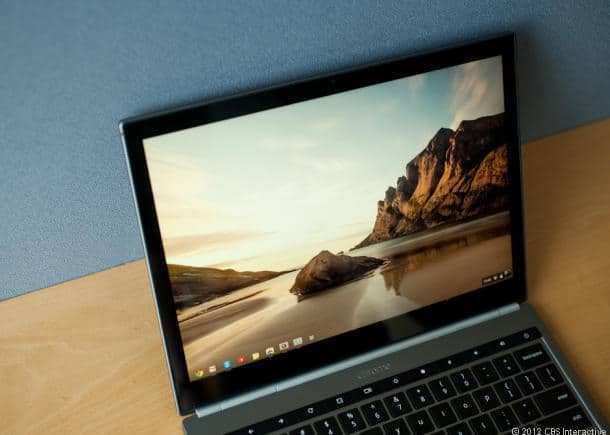 Time for full disclosure – what are the problems that can pop up in Chromebooks?

Well, you are going to have problems connecting them to older hardware devices, as we pointed out before. Also, significantly, if you are the type that connects your phone to a computer using the software that came on the phone, well, that software is generally designed for Windows and Macs, so you won’t be able to use it on Chromebooks. Some people might also complain about storage – most Chromebooks come with about 16 GB storage, which can fill up very fast if you are a music and film enthusiast. Finally, if you are the type that is crazy about hardware specifications (processors that have as many cores as wooden horses had Greeks, etc.), then we would suggest you stay away from Chromebook-land.

Wait, Google also makes Android, and getting its OS updates is a problem. Does the same happen with Chromebooks?

Fortunately, not at all. The Chrome OS also gets regular updates, but they get pushed out to all Chromebooks. We hope this will never change, and the OS always will.

If I have to choose between a netbook and a Chromebook, which one should I opt for?

It really depends on how much you need Windows – and we mean the software rather than its functions. If all that you need is a device that lets you browse the Web, use social networks (Facebook, Twitter, LinkedIn, Google+, and the like), and use word processors and spreadsheets, we really think a Chromebook is a very good option. However, if you are tied to specific Windows applications – like, say, if you HAVE to use MS Office only for whatever reason, or need to be able to use the software that synchronizes data between your phone and a computer (some of us do), then a netbook becomes the better option. Basically, if you need to use Windows software, then a netbook wins.

Was this article helpful?
YesNo
TechPP is supported by our audience. We may earn affiliate commissions from buying links on this site.
Read Next
How to Fix Google Chrome Translate Not Working
#chrome os #Chromebook #google