Domestic company Micromax has unveiled today its newest handset, dubbed the Canvas Knight 2. This is the successor tot he Canvas Knight which was released a year ago and has been reviewed by my colleague Nimish. The new device comes with a couple of noticeable upgrades, the most obvious one probably being the addition of the 4G LTE radio chip, which is a first for the company, if we don’t take into account devices from the YU line. 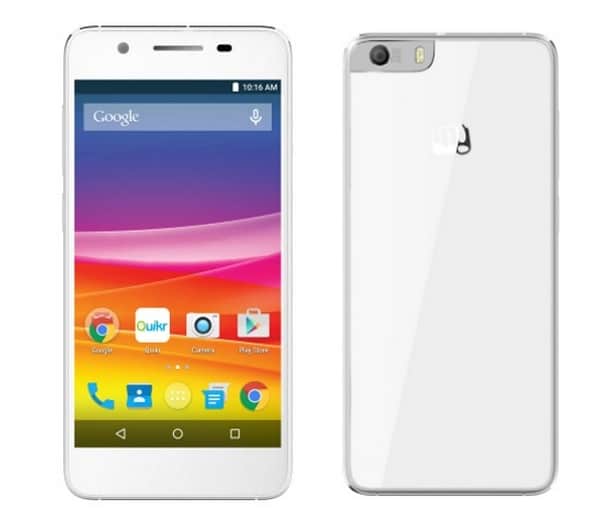 The smartphone is priced at Rs. 16,299, which is quite pricey when compared to its competition, but the device is available for purchase via multiple offline retail channels, as well. The device will be available from June 10, 2015 across India.

As for its main specs, the smartphone comes with Android 5.0 Lollipop, features a 5-inch HD Amoled display with Corning Gorilla Glass 3 protection and is powered by a 64-bit Qualcomm Snapdragon 615 octa-core processor along with 2GB of DDR3 RAM. The Canvas Knight 2 gets 16GB of inbuilt storage, but you can use a microSD card to extend it up to 32GB.

On the camera front, we find a 13-megapixel autofocus rear camera with a Sony IMX214 CMOS sensor and a Largan 5P lens along with a 5-megapixel front-facing onewith an Omnivision OV5648 sensor. Micromax says the device comes with a premium build consisting in glass and metal, but we’ll have to get a feel of the device before commenting on that. But if we take into account its price, as well, then there’s a chance that this could be true.

The smartphone gets a 2260mAh battery which is said to deliver up to 7 hours and 45 minutes of talk time, and 335 hours of standby time. Software puritans will probably dislike this, but the device comes preloaded with such preloaded apps as CleanMaster, Snapdeal, SwiftKey, Chaatz, Newshunt, Quikr, and Hotstar apps. Mr. Vineet Taneja, CEO at Micromax, said the following with regards to the launch:

“India is at the cusp of digital revolution and we expect 4G technology to push internet usage to an unprecedented level. Consumer demand is constantly shifting towards devices offering multi-tasking capabilities, 24×7 data connectivity with increased video consumption and real-time mobility solutions. With the launch of our new device Canvas Knight 2, the first in the 4G range, we are looking at driving the next wave of internet evolution in the country. Over the next few months, we are all set to launch a series of 4G LTE enabled devices across a range of price points each addressing unique needs of the Indian consumer.”

He also pointed out that the series of Canvas Fire, Unite, Nitro will also gradually move to 4G offerings. You should also know that the Canvas Knight 2 also gets a free 4G SIM and an Airtel 4G Double Data offer which doubles the 4G data amount for its owners.

Was this article helpful?
YesNo
TechPP is supported by our audience. We may earn affiliate commissions from buying links on this site.
Read Next
Micromax’s IN a Red(mi), Real(me) World – no longer just about p...
#micromax