It might have emerged as one of the leading smartphone manufacturers in one of the world’s largest mobile phone markets, India, but Micromax has for long been bedeviled with being a player who “just imports cheap Chinese handsets and sells them at a low price.” It is a reputation that the company has been trying to shake off, with high-profile marketing campaigns, studded with celebrities, the most notable of them being Hugh Jackman. And with a whole different set of devices which follow a different design aesthetic from its ‘cheap plastic’ past. The latest of these is the Canvas Knight A350. 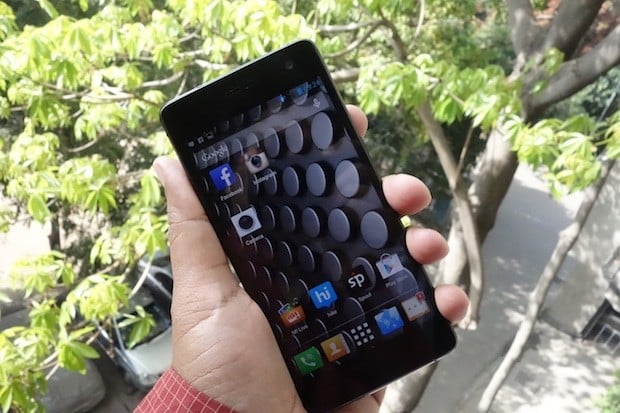 A Knight to Ogle

There’s no getting around it – the Canvas Knight is drop-dead gorgeous. While we have seen Micromax up the design ante with the likes of the Canvas Turbo and Canvas Turbo Mini, the Knight takes matters to a different level. The company seems to have taken a page out of the Nexus 4 and Sony Xperia Z design books, placing a glass panel on the back of the device. The result: the Knight looks like a shiny sleek granite slab. The edges are rounded, the buttons classy (although the volume and power buttons are all on the right and all look alike), and even though the camera on the back pokes out like a case of tech acne, it is unlikely to stop heads from turning in appreciation. 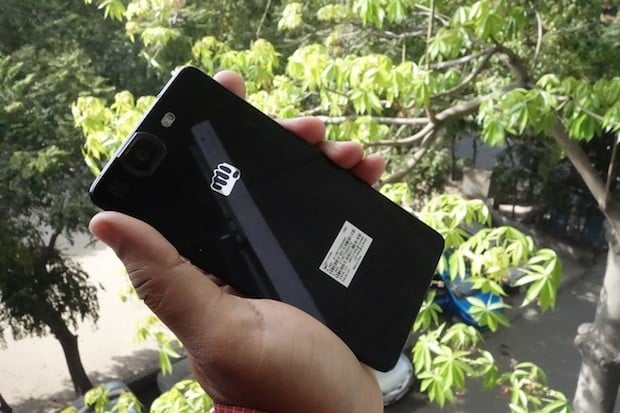 There are other neat touches too – in spite of packing in a 5.0-inch display, the device is not overwhelmingly large: it is 144 mm long, 70.7 mm wide and 7.3 mm thin. Yes, getting your finger across from one corner of the display to the one diagonally opposite is not going to be easy, but for the most part, you will be able to use this device one handed. The glass front and back, however, mean that there are going to be smudges and scratch risks. Micromax had added a frosted plastic back cover to protect the back in the review pack that we received but we think it detracted significantly from the device’s appearance. Our advice would be to keep a cloth handy or wait until better covers come out. 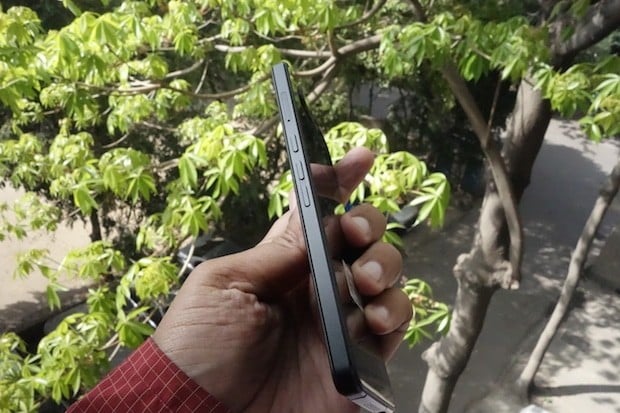 A Knight on an octa core steed

It might not have used NVIDIA or Qualcomm processors but Micromax has been upping the spec ante in its relatively more expensive devices. The Canvas Turbo was the first device in its stable to get a full HD display and the Canvas Knight follows in its footsteps in that regard – it too has a 5.0-inch display with 1920 x 1080 pixels resolution and a very impressive pixel density of 441 ppi. It is not the brightest and most vibrant display we have seen, but it is nevertheless a very decent one. There, however, the spec similarity ends, for the Knight is more loaded in every respect, making it the new Micromax flagship. 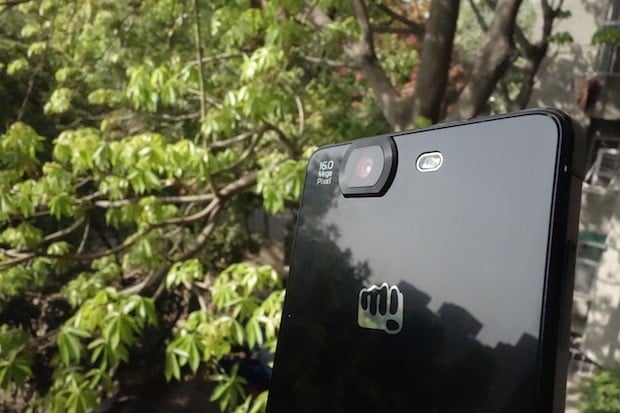 It is powered by an MediaTek octa core 2.0 GHz processor with 2 GB RAM and comes with 32 GB onboard storage, which, however, is non-expandable (no card slots here). The camera on the back is a 16.0-megapixel one with electronic image stabilization while the one on front (the ‘selfie’ generator) is an 8.0-megapixel one, although with fixed focus. Connectivity wise, you have the usual suspects – 3G, Wi-Fi, Bluetooth and GPS. The fact that so much decent hardware should be running Android 4.2.2 (Jelly Bean) is a bit of a disappointment, especially for the geek side of smartphone users.

A Knight that performs

Mainstream users are, however, unlikely to be disappointed by the Knight’s performance. Barring the odd lag in the interface (which we think is more a software factor than a hardware one, as the phone performed without a hitch on other skins), the phone performs brilliantly – it played everything from Shadowgun to Dead Trigger to Temple Run with no lags. The camera, which is generally an Achilles Heel in Micromax’s devices, churned out decent shots and with a little coaxing (there are plenty of controls to mess around with) could often get into the above-average category and occasionally into the exceptional one. Sound quality was a bit of a let down – we would have preferred louder and richer sound – but is not a deal breaker. 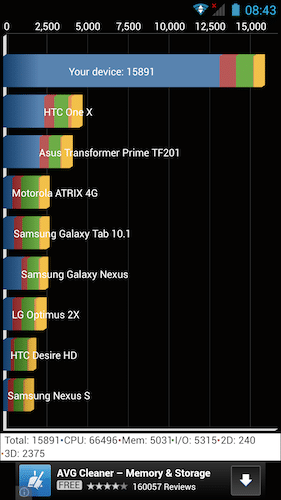 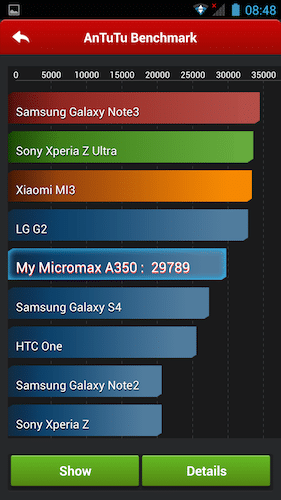 Battery life varies on your usage – those wanting to stick to mail and social networks will see through a day but if you wish to tax that octa core processor with high definition gaming and videos, be ready for at least one recharge a day. We also noticed that the phone had a penchant for heating up while playing games and taking photographs, even though it never reached really uncomfortable levels. Micromax has also added some apps (GetIt, Truecaller, Where’s My Perry, Real Steel and the much-advertised BBM) to the device, and its interface, the odd lad excepted, is good enough and not too far from what we see on stock Android, although we would recommend swapping it for something brighter to make the most of that display. 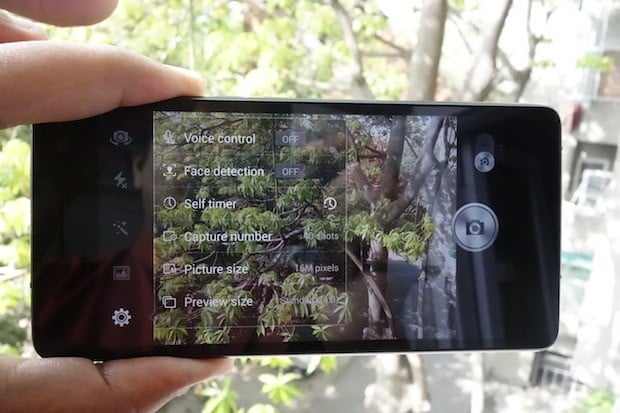 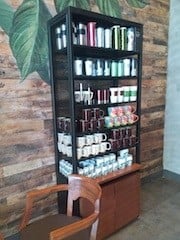 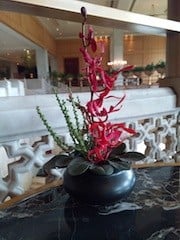 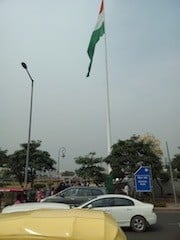 And a Knight at a killer price

In most regards, the Canvas Knight is very unlike anything to have come out of the Micromax ranks. However, in one regard, it is an out and out Micromax – the price. The device offers very good design and build quality, a full HD display, 16.0-megapixel camera, octa-core processor, 32 GB onboard storage and 3G connectivity – for Rs 19,999 (which is approximately USD 330-335, depending on which way the currency fluctuates). That, in our opinion, is a very decent price for what it offers.

Big decision: Should you buy it? 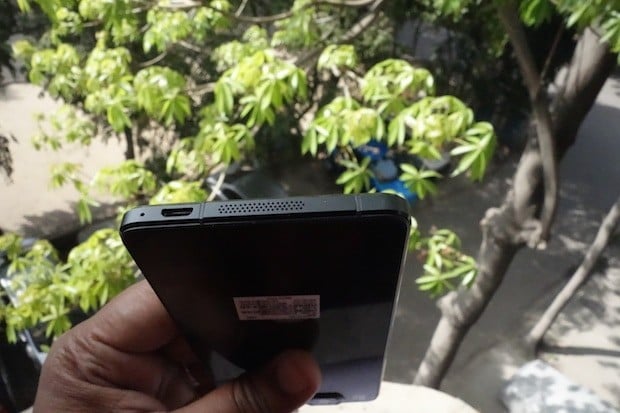 The big question that needs to be asked at the end of this (and indeed, every review) is: should you consider investing in the device? After spending about a week with the Canvas Knight, our answer is – much to our own surprise – a very unequivocal yes. The Canvas Knight is one of the best blends of performance and design we have seen at this price point from any manufacturer. We would go so far as to say that it would give the much-hyped Moto X a run for its money and looks far more sleek than the Xperia T2 Ultra and the HTC Desire 816, although it is let down to an extent by its slightly laggy interface, older version of Android (and Micromax does not have a great track record when it comes to providing updates) and penchant for heating up. But more than the specs and performance, it is the appearance of the Canvas Knight that could make it a game-changer for Micromax. Yes it has decent specs, performs well and in best Micromax tradition, charges a surprisingly low price for what it offers. But more importantly, we reckon this is the first phone from Micromax that people will love to flaunt.

And that could mean a lot.

Moto turns foldable phones on their head with Razr, and gets…
PlayShifu Tacto Turns Your iPad into Interactive Board Games
Poco M3 Review: A Dollop of Style and Substance for Rs…
Oppo Reno 6 Pro 5G Review: Taking on the Oppo-sition with…
ESET Smart Security Premium Review: A Knight Who Protects 3…
Never Settlers, Assemble! A look back at OnePlus Models,…