Pushbullet made its way to the Play Store as a humble little utility for easily sharing text and links between PC and Android phone. It has now grown to include a universal clipboard tool, ability to reply to messages from PC, getting notifications, a feature rich IFTTT channel and apps for iOS. Every time Pushbullet updates, it makes one more Android utility redundant.

This time though, Pushbullet is out with its own standalone app. It’s called Portal and all it will let you do, is transfer files from PC (both Windows and Mac) to your Android phone over Wi-Fi. Yes, Pushbullet also lets you send files but there’s a 25 MB limit and it’s not a direct transfer, you need to go through Pushbullet’s servers, that takes a lot of time. The upside is you can send files between any devices and aren’t limited by Wi-Fi networks. 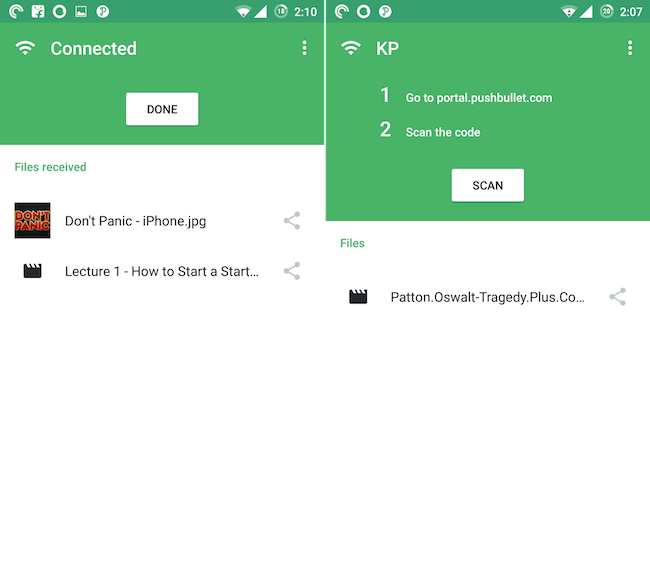 All you have to do is download the Android app, make sure both your phone and PC are on the same Wi-Fi network, open portal.pushbullet.com in your modern browser (Chrome or Firefox for example), scan the QR code that’s on the screen using the Android app and both devices are (securely) connected. Now, just drag any number of files from your PC to the browser window (1 GB max) and they’ll be transferred to your phone automatically (no confirmation boxes). All the transferred files show up in the Android app and Pushbullet will intelligently put files in proper folders so you don’t have to. Images will go to the Pictures folder, songs to the Music folder and so on. 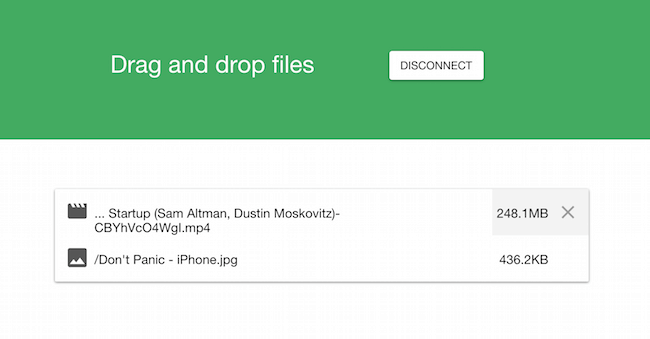 In my testing, I found the app to perform well. The transfer was fast, almost too fast when I was sending files that were only a couple of MBs.

Portal’s only (major) problem right now is that it’s limited to one-way transfer – only PC to Android and not the other way around. But according to their Twitter account, two-way sync is coming. Still, Portal is simple to setup and use, lightweight and fast. That makes it better than the more bloated, heavyweight alternatives like AirDroid, SHAREit, BitTorrent Sync and others.

If two-way sync is really important for you, I suggest you check out Dukto. You’ll need to install a desktop app, but there’s no authentication needed. It’s a simple utility that I use every day (at least until the next big Portal update).

Was this article helpful?
YesNo
TechPP is supported by our audience. We may earn affiliate commissions from buying links on this site.
Read Next
5 Easy Ways to Transfer Files from Android to Mac or Vice-versa
#file transfer #Pushbullet