Taylor Swift had kicked off a storm with her open letter to Apple with regards to how Apple Music’s trial period works against the indie artists by asking them to give away their music for free during the three month free trial period to subscribers when it kicks off later this year. Eddy Cue, Apple’s senior VP of Internet software and services, clarified the whole thing in a tweet today.

#AppleMusic will pay artist for streaming, even during customer’s free trial period

This is as clear as it can get. Apple will compensate the artists for every song that gets streamed via Apple Music even during the free 3 month trial period. Earlier, Taylor Swift had claimed that it’s unfair for struggling indie artists to go without compensation for 3 months, and to protest that, she told that her upcoming pop album, 1989, will not be made available on Apple Music. 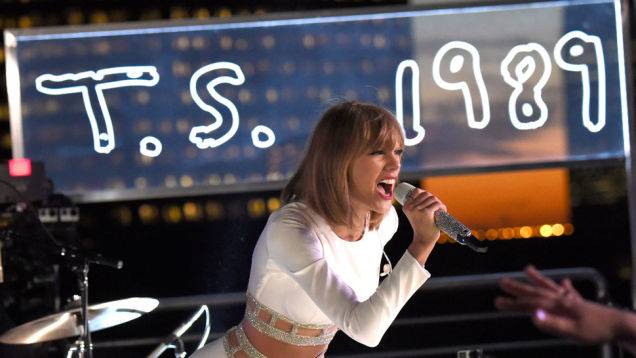 Apple Music was announced at WWDC this year. It takes on the likes of Spotify with a $10 per month subscription plan for individuals and $14.99 family plan. With these rates similar to that of Spotify, which claimed to have over 20 million paying subscribers, Apple has its task cut out to switch many of them into Apple Music subscribers. Hence the 3 month free subscription (worth $30) for users.

Apple will be paying 71.5% of Apple Music’s revenues as licensing fee to music labels and indie artists in the US. Outside of US, this is expected to fluctuate but will average around 73%. The current industry average is around 70% which is what Spotify also pays at this time. Obviously, Apple is trying to make it lucrative for artists and music labels to bring their music to Apple Music, while enticing subscribers with a 3 month free trial.

In a follow up tweet, Eddy Cue has also thanked Taylor Swift for bringing up the issue of indie artists.

We hear you @taylorswift13 and indie artists. Love, Apple

Taylor Swift hasn’t responded yet on Twitter, but has acknowledged the move by retweeting both the tweets from Cue. We assume she will now be ready to have her upcoming album on Apple Music.

Was this article helpful?
YesNo
TechPP is supported by our audience. We may earn affiliate commissions from buying links on this site.
Read Next
How to Activate Spatial Audio on Apple Music [iOS | macOS | Android]
#Apple Music