Apple Music is finally launching today (8 AM  PT/ 11 AM ET). Usually, when a new app or service surfaces, you download the app, and that’s it. But as this is the biggest update to Apple Music, a default iOS app, things are a bit more complicated. To get access to the new Music app that includes a new $9.99/month (there’s also a $14.99 family plan that supports six members) music streaming service, Beats 1 24/7 radio station, and human-curated playlists, you’ll need to upgrade your iPhone or iPad to iOS 8.4. If you’re already running iOS 8, your device is compatible with this upgrade. Re/code has a great first look at Apple Music. Skim through it while your iOS device downloads the 200 MB plus update. 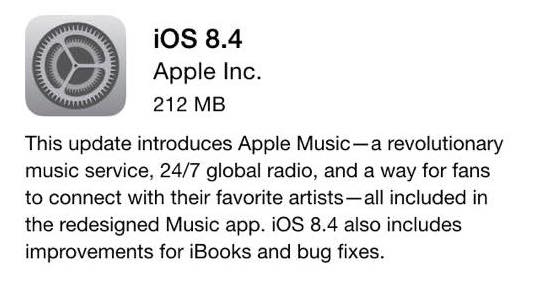 Apple Music is launching simultaneously in 100 countries along with iOS 8.4. The update will be rolled out in batches, so it might take a while for everyone to get it. Along with the Music app, the update also includes audiobooks support in iBooks and CarPlay and general bug fixes.

For desktop users, Apple Music with Beats 1 radio will require iTunes version 12.2. But currently the iTunes download page is only offering version 12.1.2. Hopefully, we’ll see the new version in a couple of hours. As for users on iOS 9 beta, Eddy Cue recently tweeted that a new seed with Apple Music support is coming (no ETA on that though). 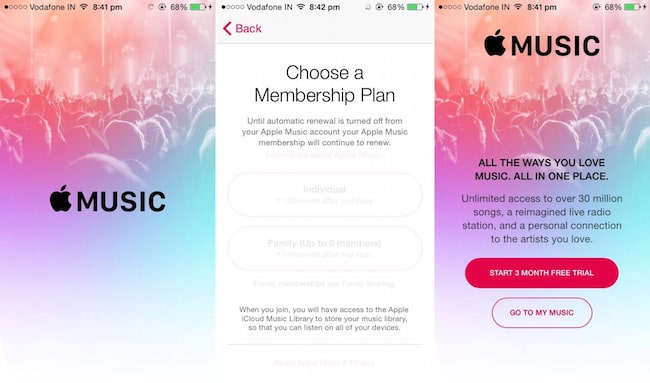 To upgrade to iOS 8.4, first make sure you’ve got a recent iCloud/local backup, then go to Settings -> General -> Software Update -> Download and Install. Agree to the terms and conditions and wait for the update to be downloaded and installed. If your device doesn’t have enough storage space, either try clearing some data or connect it to a Mac/PC to upgrade.

Once it’s done, you’ll see the new Music app with the brand new logo. While the service costs $9.99/month in the US and Rs 120/month in India, you’ll get 3 months unlimited trial for free. 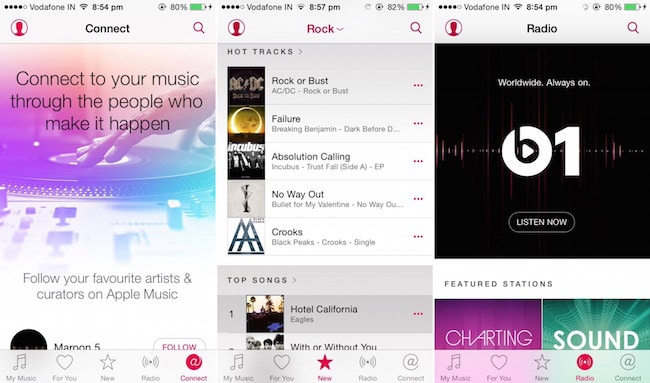 Update (9:30 PM IST): Beats 1 radio station is now available for streaming across the world for free. Zane Lowe of BBC Radio 1 fame is kicking things off.

Was this article helpful?
YesNo
TechPP is supported by our audience. We may earn affiliate commissions from buying links on this site.
Read Next
How to Activate Spatial Audio on Apple Music [iOS | macOS | Android]
#Apple Music