“They told me it is a business meeting. So I had to wear this suit.”

Gionee India’s MD and CEO Arvind Vohra has the knack of getting the giggles going in any room, and yesterday was no different as he took the stage to announce his company’s association with some of the biggest tech retailers in the country – Croma, Jumbo, Hotspot, Mobiliti World, The Mobile Store and Planet M. The tie-up is expected to give the Chinese manufacturer, which has been doing surprisingly well in India (almost 6-7 per cent of the market in terms of value) a greater thrust in the big cities. 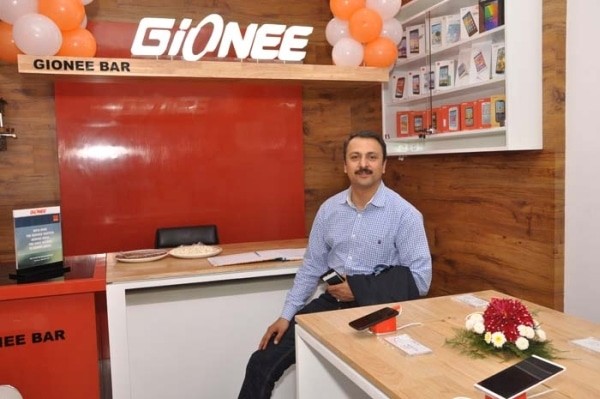 What, however, was much more fascinating was the sub-text of the announcement – that Gionee would continue to put all its eggs in the conventional retail basket. The company has never made any of its devices available online officially (dealers have done so, but as Vohra points out, that is their own initiative). When it was launched a couple of years ago, this was hardly surprising. Today, in the era of flash “gone in ten seconds” sales, where even established players like Samsung and Microsoft are trying to grab a slice of the online retail pie, that seems an anachronism. As much of an anachronism as seeing a man who loves to be informally dressed in a suit on stage.

Arvind Vohra, however, does not think so (at least not about the retail part, we did not ask about the suit). And it is not just about the fact that a major chunk of the country has no Internet access or that the “human element” of a purchase (talking to a person in a comfortable environment, touching and feeling the device) is important, but also about the price. “I cannot guarantee the price online,” he said. “The same device is available for totally different prices on the Internet. That is not fair for the consumer.” Fair play to the consumer also drives his dislike for the flash sales model. “I ask you to queue up a week in advance for a product. And I cannot even guarantee that you will get a product even if you have queued up. That is silly,” he snapped over a cup of tea.

Unlike the more outspoken Micromax CEO Vineet Taneja, Vohra does not take public pot shots at his rivals. But neither does he let them rest in peace. “I have not sold out my stock in five seconds. I never will,” he remarked once. “That is because I have enough stock. A person wanting to buy a Gionee will not see a ‘sold out, register now to MAYBE get a phone later’ sign.”

The geeks might sneer at that and call him out of touch with the times, but the “conventional retail first” approach certainly has yielded dividends for Gionee. It came into the country as a complete unknown – unlike Xiaomi and OnePlus – and yet has been carving out a niche for itself and in some territories is second only to Samsung. And it has done so by sticking to what many people would call conventional marketing techniques – high profile ad campaigns, good retailer relationships, plenty of stocks and opening a slew of service centres. It might not be able to claim the “sold out in x seconds” tag for any of its devices, but on the flip side, almost seven per cent of a very competitive market in little more than two years is not a bad statistic either.

“He is playing Test cricket in the era of Twenty20,” a cricket-loving friend of mine once remarked about Arvind Vohra. The simile is interesting and a tad ironical, because Gionee is also the sponsor of one of India’s most popular Twenty20 cricket teams, the Kolkata Knightriders, in the IPL. There are many who believe that Vohra will sooner or later take the online path, but it is unlikely to come at the cost of compromising his conventional retail prospects. And they also believe that when he DOES take Gionee online, it will be with dramatic results. Given his track record, we would not bet against that – to continue the cricketing simile, good Test cricketers have a greater chance of succeeding in Twenty20 cricket than the other way around. They just know the basics better.

What we would bet on is the fact that he will not announce an online tie-up while wearing a suit!

Was this article helpful?
YesNo
TechPP is supported by our audience. We may earn affiliate commissions from buying links on this site.
Read Next
How to Get More Views on TikTok [in 2022]
#editorial #Gionee #marketing