You must have heard of Apple Force Touch after the latest Apple MacBook launch. It certainly must have rung a bell as well if you love the Apple Watch.

Still confused about what is Force Touch? Well let’s fix that. 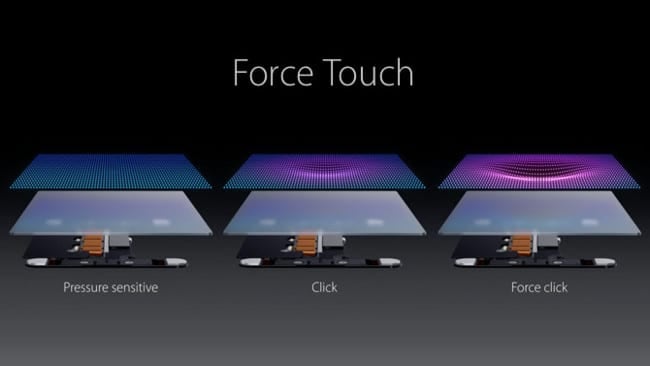 Apple was already ahead of competition when it came to touchpad. If you know Apple well enough, you would know that Apple rarely comes up with a brand new technology, instead they make existing implementations better in such a way which makes it the best implementation ever.

Enter Apple Force Touch. This feature combines capacitive screen with Haptic feedback system and implements it on the touchpad of the new MacBooks. Haptic feedback is the key differentiator here. It’s the same technology that most, rather all, of the Android users are familiar with. When one types or holds a key on their screen it gives you a vibratory feedback. Apple in classic Apple fashion has taken this one step ahead and made it better, the new Force Touchpad not only vibrates when you press it but also detects how hard you press it.

How does this make a touchpad better you ask?

Classic trackpads have buttons that you press but this one does not. Every time you press the trackpad, it gives you a pushback feedback acknowledging the press. This means that the Force Touch and Apple Watch screen, which also has Force Touch, does a lot more than regular touch pad or screen. Since all of it is software controlled, the new Trackpads with Force Touch lets you program the touch sensitive to your liking and use it to its full potential.

All Clicks are not equal when using a Force Touch enabled device. Since it can now recognize the difference between a light and deep touch it has enabled Apple to make use of multiple gestures. For example, when browsing the web on the Safari browser you can now select a word and deep press on it, this would automatically bring up a Wikipedia entry for the same. You can Deep press address link for map pop up and when watching videos you can press harder to make the video skip faster. I so wish this technology existed when we grew up playing racing games where the cars didn’t go any faster no matter how hard we pressed.

Currently these are just some of the implementations of Force Touch. We can be assured that this will only get better over time as Apple makes it available for the developers to take advantage of the same.

Force Touch on the New iPhones 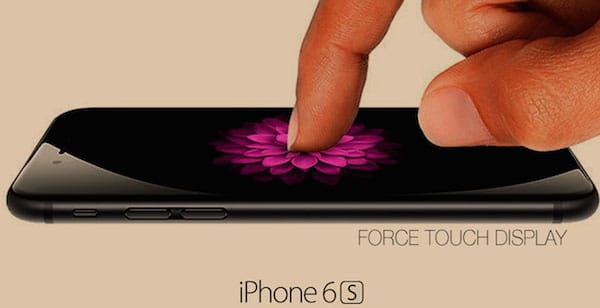 It’s also rumored that the upcoming iPhone 6S (that’s what we guess it’ll be called) is coming with a screen which is Force Touch enabled. Even though Android phones have always had haptic feedback but it has never been used so innovatively other than to indicate a long press or touch indication.

Here are some ways we think the forced touch might be used in the new iPhone 6S. For starters it would make it easier to select text, depending on how much pressure you apply, a word, sentence or whole page might get selected. Also a lot of how it’s being used on the new MacBook, where you can press the screen to put down location pins on apple maps, or use the pressure sensitivity to scroll media plays lists and other similar functionality in various media apps. Most importantly, it will allow configuration of Force touch and allow apps to determine their own functionalities. The possibilities of new experience are limitless.

Here’s hoping Apple paves the way again with this technology and this trickles down into all products from other manufactures and companies, because more and better competition only means best products for the consumers.

This was a guest post by Siddhy, who is a gadget junkie and hard core gamer. He is part of the domain expertise team at FindYogi.com

Was this article helpful?
YesNo
TechPP is supported by our audience. We may earn affiliate commissions from buying links on this site.
Read Next
With Football Manager 2023 Touch, Apple Arcade finally has its “killer ...
#apple #Force Touch #guest-post #MacBook