Gionee has come up with a new addition to its Marathon series of smartphones called, the Gionee M4. Just like all the previous phones in the Marathon lineup, the Gionee Marathon M4 boasts of a big fat 5000mAh battery pack that can last for 50 hours of talktime and sail through 440 Hrs of standby time. The Marathon M4 is priced at Rs 15,499 ($243) and will be made available across various sales channels including brick and mortar store. Interestingly the Gionee M3 also featured a 5000 mAh battery pack which makes the M4 more of a non-battery focussed upgrade. 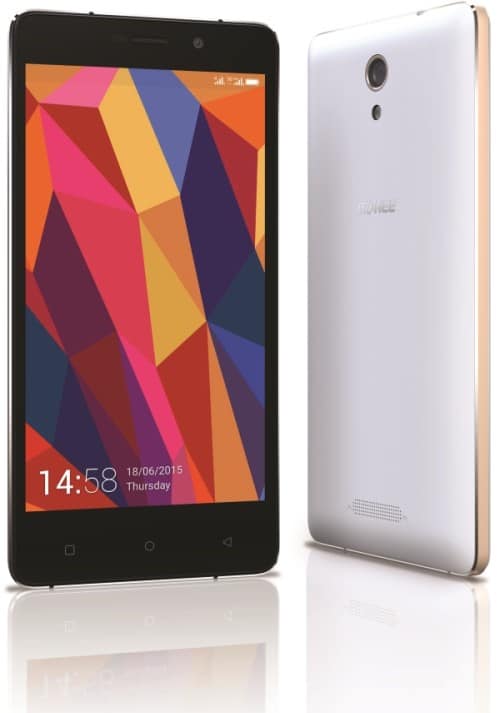 The Gionee Marathon M4 draws its power from a 64-bit 1.3GHz quad core processor teamed with 2GB of RAM. The device comes with a 5-inch HD AMOLED display and runs on the Android 5.0 wrapped in the companies Amigo 3.0 UI. Camera department chapes up in the form of a 8-megapixel primary camera and a 5-megapixel secondary camera.

Marathon M4 sports 16GB of internal memory along with an external memory card slot that can squeeze in an additional 32GB. The phone also features Gionee Hotknot which lets users exchange files by touching the screens of the devices. Gionee M4 supports dual-SIM and comes with the usual bevy of connectivity options.

Marathon M4 is a result of Gionee’s consistent understanding of the rising demand for a device that not just looks great on the specs sheet, but also demonstrates an impeccable performance. Consumers today love to be connected on the go and are always on the lookout for powerful devices and M4 answers exactly that. With an exceptional battery life and powerful multimedia experience, M4 is sure to set the bar a notch higher

Gionee M4 is a great device for users primarily looking out for extended battery backup but the fact that Gionee is cutting out on the features end makes it a rather bleak choice. We wonder why would anyone spend nearly Rs 15,000 and settle for a phone that compromises on the hardware, instead buying a powerbank seems a more mature choice for us. Purely going with specs, Xiaomi Mi 4i and the Lenovo K3 Note offer a better value for money proposition. Also, the truly revolutionary Marathon M5, which was unveiled in June this year with a massive 6020mAh battery, should be coming soon to India as well.

Was this article helpful?
YesNo
TechPP is supported by our audience. We may earn affiliate commissions from buying links on this site.
#Gionee #Gionee M4