Make in India initiative seems to be getting an overwhelming response as Lenovo has announced that it will be setting up a manufacturing plant in Chennai. The Chinese manufacturer will start manufacturing some of its popular smartphones including the Lenovo K3 Note and the Moto E in India. The government plans to attract manufacturers across diversified industry by providing them with a perfect platform for setting up manufacturing units. 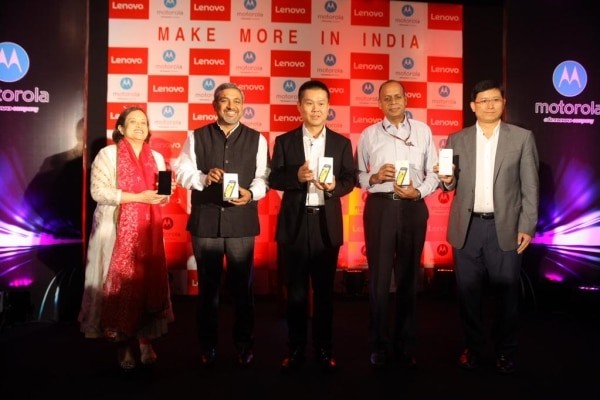 The company claims that the Moto E manufacturing has already been started at the new factory located in Sriperumbur near Chennai. The new facility boasts of two separate manufacturing unit with the annual capacity totaling to 6 million units. In fact the Chennai plant will be the Lenovos first production facility outside China which will be producing both Motorola and Lenovo products. Lenovo said that “Motorola and Lenovo are completely integrated.” The production will be outsourced to a Bengaluru based company, Flextronics.

Just recently Xiaomi had announced its manufacturing facility in Andhra Pradesh and will be manufacturing the new Redmi 2 Prime locally. Apart from Xiaomi, Foxconn the world’s largest contract phone manufacturer surprised everyone with a future plan of setting up around 10-12 factories in the next 10 years and additionally they also announced a $5-Billion initial investment in the state of Maharashtra.

As per the latest IDC reports, India has witnessed a huge surge of 44% in the smartphone shipments during Q2 2015 and this volume driven market is something that the manufacturers are severely piggybacking on. Further insights reveal that the growth figures mostly involve the smartphones, thanks to the ultra affordable devices that are fostering an interconnected ecosystem in India.
The best part of these new manufacturing facilities is not just increased job opportunities but also the fact that this will help several SMEs to set up auxiliary industry units. Lenovo is hoping that it will source 30 percent of the components locally in the coming days.

That being said it will take some time for the companies to crank up their production facilities at full swing and hopefully they will expand further in the Indian context with the passing of time.

Was this article helpful?
YesNo
TechPP is supported by our audience. We may earn affiliate commissions from buying links on this site.
Read Next
Lenovo Legion 5i Pro Review: Legion Or Legend?
#lenovo #Lenovo India #Motorola #Motorola India