What phone can I get in the range of 10,000 INR which has a good camera and battery life? Yet another Zenfone 2! Allow us to introduce to you, the all new Zenfone 2 Laser, one of the many different variants of the highly successful and popular phones that ASUS has introduced this year, the Zenfone 2. It is hard to keep a track of so many variants and what differentiates them. And we if wanted to keep the distinguishing part simple by calling out the model number, there are many variants holding the same number. For now, lets draw our focus to ZE550KL and as we go through this article you will know what all this variant holds. 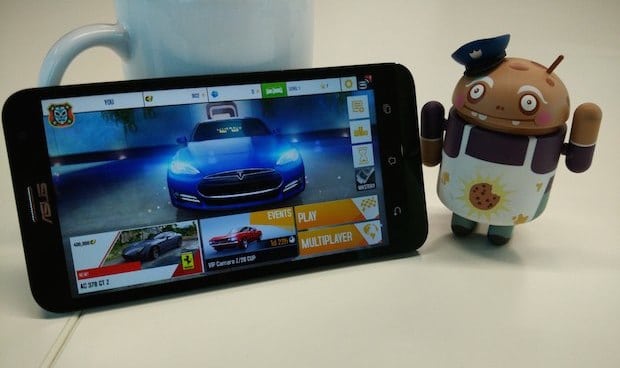 Let’s start off with the design – it is the same as the original Zenfone 2, volume rockers and speaker grille at the back, power button and the audio jack at the top, charging port at the bottom. The front consists of a 5.5 inch IPS LCD display coming in at a resolution that pack around 267 ppi, protected by Gorilla Glass 4. And the set of three capacitive buttons at the bottom are not back lit. Overall it’s the same design but there are two key differences – the back is no more glossy and slippery but instead matte finished and as the name indicates there is a hardware component next to the camera that does the laser autofocus, more on that in a bit.

Powering the ZenFone 2 Laser is the Qualcomm Snapdragon 410 64 bit quad core chipset with Adreno 306 GPU. Yes, ASUS has moved off the Intel chipsets to these lower/mid range Qualcomm chipsets in trying to lower the cost at the same time provide a decent SoC (this is the same one that is used the Moto G 2015 which has come off as a solid performer in our experience). A 2GB RAM accompanies this processor and together they will run a ZEN UI 3.0 that is built off Android Lollipop. With 16GB of internal storage and an option to add 32GB more, one can only rejoice to one more fact that this phone is powered by a user removable 3000 mAh battery!

The ZEN UI though feature rich with lots of meaningful options that makes the user’s life so much easier, has done pretty well in our usage of 10 days so far (that’s more than usual for a first impressions piece). Of course when we compare this with the original high end variant of Zenfone 2 that had 4GB RAM, there are occasional lags and stutters, isolated frame drops during elongated periods of gaming and finally starts to struggle when you push it to some real intensive gaming. It still did pretty well with Asphalt 8, Riptide GP2, Angry Birds 2 and Real Racer 3. We are happy to report that the Laser never was overheated or made us feel uncomfortable to hold. If that is one part of the good news, the other part of it is that it delivers a rock solid battery life performance even on a day when your pattern is somewhere near the “heavy” mark. Expect a consistent screen on time of 4-5 hours and if your usage is light it can move you to day 2 as well.

The camera is the key highlight of the phone with the laser autofocus where ASUS claims a fix on the subject within 0.5 seconds and much faster than other variants of the Zenfone 2. Though we did observe a slight improvement in the speed of focus, the 13MP rear camera falls short of matching to the high end phones and this is understandable as the camera module is not the same. Having said that, the pictures in daylight are superb when you consider the price bracket it falls into. Depth of field, exposure, color accuracy and noise levels are totally acceptable and one will not be disappointed. The front facing 5MP shooter is good enough for selfies but do not expect it to blow your mind. 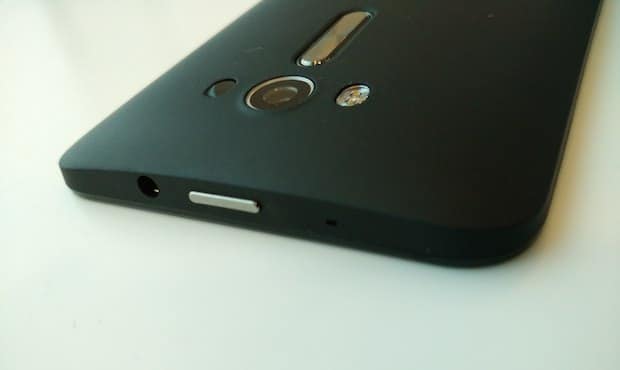 Call quality and reception are good enough but there is one gripe that really irritated us – as you increase the volume when on calls, there is a hint of echo. Reduce the volume a bit and its gone. Barring this, rest else worked just fine.

We are moving into an era/phase where phones with mid-range specs have started delivering to the range that almost softly nudge the high end phones.

They may not have metal clad designs or out-of-the-world cameras, but when you consider phones like the Laser that come at 9,999 INR (the variant we tested comes with 2GB RAM and SD 410 chipset. There is also a 13,999 INR variant that has 3GB of RAM and SD 615 chipset and one more that comes at 6 inches and one more with 5 inch screen, phew!), whatever you’re getting is certainly a bang for buck. ASUS has been making tiny adjustments and improvements with all these new variants, as it tries to close in on the competition and leverage on its success and very good post sales service. Speaking of competition, the closest competitors are the Moto G 2015 which has its own USP and Lenovo K3 Note. Our impressions so far have been very positive, stay tuned for a detailed review.

Was this article helpful?
YesNo
TechPP is supported by our audience. We may earn affiliate commissions from buying links on this site.
Read Next
[First Cut] Redmi Watch: A rather watch-ful debut
#First Impressions #hands on #ZenFone 2 Laser