At a time when smartphone manufacturers are battling out on the spec sheet, here is a phone that begs to differ and define. A majority of Android phones have been a mishmash of hardware, software and typical design elements, but NextBit’s Robin stands out of the smartphone crowd with some really unique features. 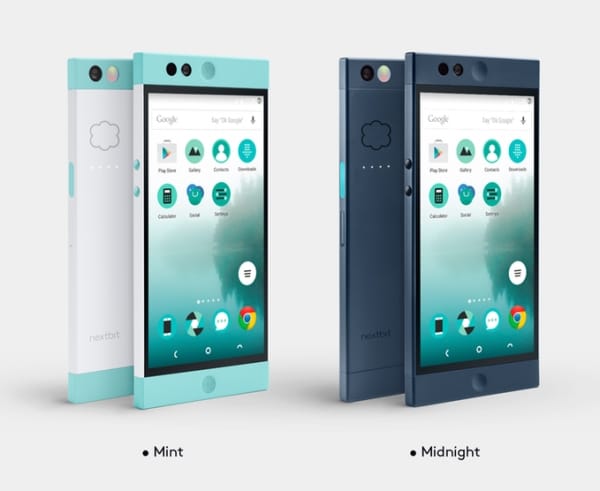 Robin is launched on Kickstarter for $299 and it is an overly boxy phone with a 5.2-inch FHD display, USB Type-C and is powered by the hexa-core Snapdragon 808 SoC tagged with a 3GB of RAM. Spec-wise, Robin is at par with premium flagships like LG G4, and if marketed aptly, it might be able to steal the show and also take away some of the LG Nexus & OnePlus 2 audiences. The fact that Robin runs a near stock version of Android 5.0 makes it a delectable choice. The twist in the tale comes in the form of a closely knit 100GB of cloud storage apart from the usual 32GB onboard storage.

Robin’s software is clever enough to figure out the apps not being used lately and shuffle them up automatically to the cloud storage space. This implies that you don’t need to delete things when your phone runs out of space because your phone has already done it all by itself. 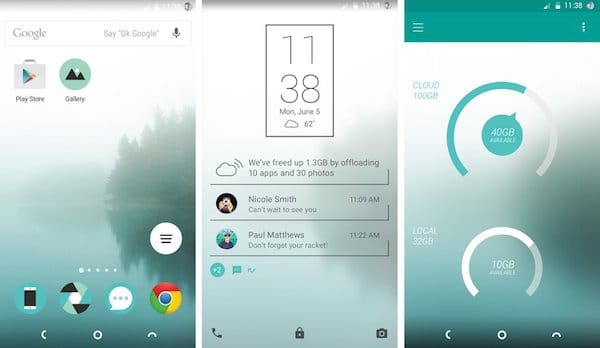 This is what happens behind the scenes. When Robin deletes an app which has been lying dormant, a ghost of which still remains on the homescreen. In case you want to retrive the deleted app, just one tap is enough to bring back the app and all its data back to the phone (a slew of LED lights blink on the back of the Robin whilst it is archiving stuff). Suppose you don’t want the phone to delete some of the apps, just pin it on the homescreen and it will remain untouched.

NextBit’s Moss exclaims that nothing has excited him in the past few years, and according to him Android smartphone makers have been venting out step-motherly treatment when it comes to innovations. He further says that the itch to create something different fueled the thought of Robin. 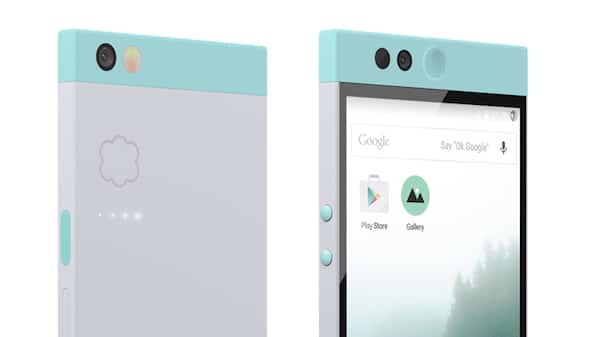 The fact that company wont charge for the extra space when users get close to the 100GB ceiling is astonishing and intriguing as well. Nextbit has built Robin on this cloud USP and thus it is very unlikely that the company would try to make some extra bucks by offering more space.

The smartphone is designed by team which involves former HTC design lead Scott Croyle, and it comes with features like NFC (unlike OnePlus 2), fingerprint scanner and yes for those who like to fiddle with the ROM, the Robin comes with an unlocked bootloader. Nextbit needs to wage war with the established players like OnePlus who have garnered a thick fanbase in the past years and we feel that Nextbit has a potential winner in its hands. But then, few flags to take note of – Nextbit will ship only at the beginning of next year and like any other crowdfunded projects, it comes with risks and challenges. Moreover, the $299 is a special pricing for early backers (running out soon), and you need to consider the additional shipping+VAT cost (for ex: $25 for US and $98 for India).

TechPP is supported by our audience. We may earn affiliate commissions from buying links on this site.
Read Next
Wear Graphene Gamma: One Jacket to Rule Them All
#Kickstarter #Nextbit Robin