Intel’s latest generation of processors called the Skylake have been raking rave reviews after it was announced earlier this month. Just like all iterative upgrades, the Skylake promises to be better than its predecessor in all the aspects. The Skylake processors are being launched today and they will be tagged with the launch of new Z170 series motherboards and the dual channel DDR4 memory kits. Intel seems to have already stocked up and the processors might actually start shipping sooner than we expect. 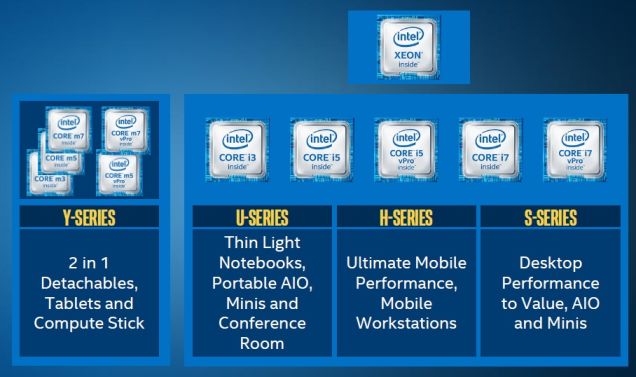 Intel has been touting that the Skylake family of processors offers 10 percent better performance, 30 percent better graphics performance and also an extra hour of battery life while playing 1080p videos as opposed to the Broadwell chips, which was released last year.

Intel has been striving to incorporate smaller and better performing chips to power up the ultrabooks and the Skylake seems to be the next piece in the puzzle. The company claims that the Core M now offers 40 percent better graphics performance and with built in HEVC/H.265 and AVC/H.264 hardware decoders, heavy streaming will not be an issue. The new Core M also seems to come with a better power management system as it consumes less than 1W under the load and it also minimises the CPU usage and brings it down to around 20 percent while running a 4K video at 30fps.

Wondering how the Core M are power efficient yet so powerful? The answer is wrapped in the fact that Core M processors generally run on a very low clock speed and they come with a turbo boost technology which will suddenly spike up the clock speeds by up to 1GHz! This, on demand power delivery of the Core M helps it to be fast without being a power guzzler. Moreover the support for skin temperature sensor should allow the chips to cool themselves off and keep the fanless thin machines from overheating. Intel’s new Core M family consists of Core M3, Core M5 and Core M7 processors.

Intel is not ignorant of the fact that we do need punchier laptops which can not only handle loads on demand but should be able to do so continuously. Intel’s Xeon processor will be available in the laptop avatar and the top end K-series Core i7 processor is designed to handle overclocking and the Core i5 can now handle Intel’s’ Iris Integrated graphics. That being said, the new processors might actually not be that frugal, since high power delivery is its forte.

Intel follows a Tick-Tock cycle whilst bringing in new processors. While certain generations have focus on the enterprise part some have are mobile centric. The Skylake will employ the 14nm process nodes which is something we have been seeing from the past few years starting from the Broadwell processors.

The Skylake architecture comes with an additional layer of Security called “Intel Software Guard Extensions(Intel SGX)” which in essence is a hardware based protection facilitated by providing an additional secure container to put the data in.

Moving on, the Skylake processors are not just about the high end performance characteristics and the better power management features, they in fact also help you access a bunch of new features laced with latest innovation in the industry. Equipped with a Microphone you can wake up the Skylake-powered Windows 10 machine from Sleep by just saying three magical words, “Cortana, wake up!”

Additionally if you have installed a Intel RealSense camera, you can log in by just sparing a glance at the sensor. The new bevy of processors will allow you to connect several high speed USBs simultaneously without severely impacting the performance. Intel said that it will be announcing new tablets based on Skylake this month and they will come with a detachable memory dock. 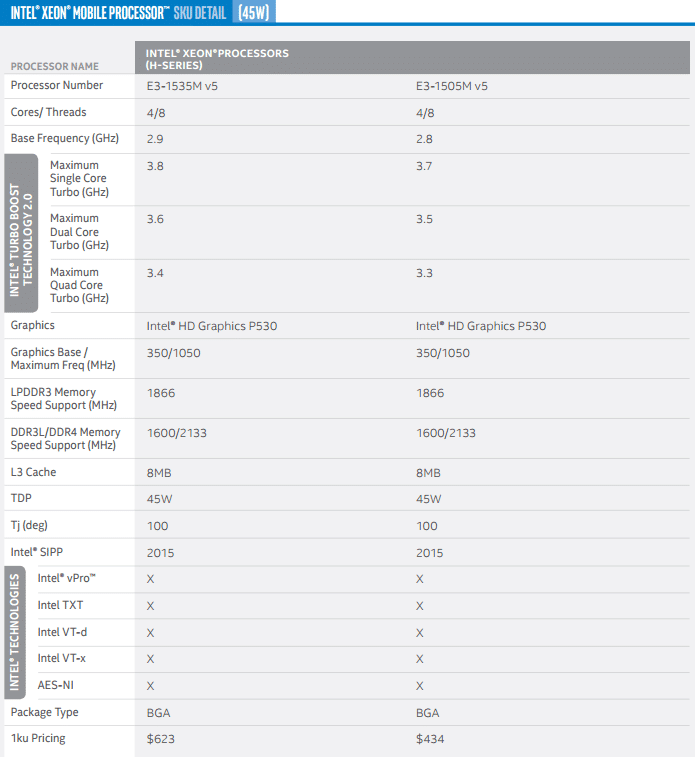 The Skylake processors are hidden behind a set of codes which tells you about the processors. The Core i3, Core i5 and the Core i7 processors with the starting model number “6” belongs to the Skylake family. Apart from this, the alphabet H-stands for powerful processors, Q-Stands for quad-core, U-represents lighter and more efficient processors and if the last digit is 7 then the processor is the most powerful in its lineup. Alternatively if you want to check out the detailed specs here is the spec sheet.

The Skylake processors will not come with stock Intel coolers and instead users have to purchase a third party cooler, this will allow users to choose the right cooling systems depending on the extent to which they would overclock the Skylake but on the contrary it would add up to the cumulative expenses on the user’s end.  If you already habve a cooler it should be compatible with the new socket. Although some of the Processors will be available by this month, we may have to wait till 2016 to see the entire lineup.

TechPP is supported by our audience. We may earn affiliate commissions from buying links on this site.
Read Next
Fujitsu CH 4ZR1C22927 Review: Lighter Than Your Thoughts
#IFA 2015 #Intel #Intel Skylake