Google has separated the Street View from the Google Maps application and has launched it as a standalone app called “Street View of Google Maps“. This move from Google comes at a time when most of the app publishers are unpacking their offerings and creating a standalone product, just like how Microsoft recently did with the Cortana or how Foursquare did with Swarm. Google Street view worked more like a plugin before and it used to add a layer of new functionality to the already installed Google Maps. 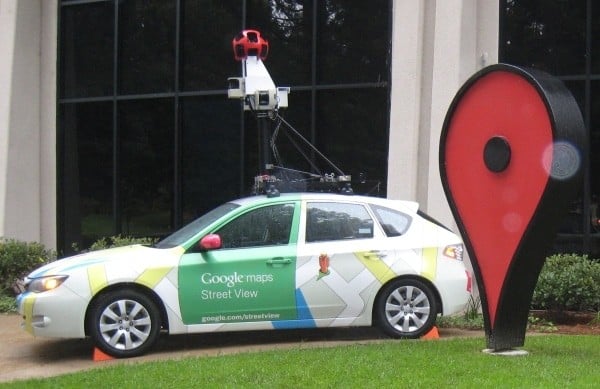 Google had talked about a spherical camera rig at this years I/O and the new app supports the spherical camera. Wondering what exactly a spherical camera is? Well it is nothing but a slew of cameras arranged in a circular fashion which captures photosphere with a 360-degree angle perspective. If you want to upload a photo sphere than it can also be done with the usual smartphone camera by panning it across the landscape, that being said you will still be needing a phone with Gyroscopic sensors.

The app lets you check out the street views by heading over to the location on the map and it also shows you the point of interests. The user interface has been refreshed and the apk file is available for download at 30MB. Now before you start rejoicing, Google has a catch for you, the app seems to be only available for Android Lollipop 5.0 owing to the evolved material design aspects it adheres to.

Citing security concerns, Google Street view has been banned in a handful of regions including India and Germany, while the US Military had asked Google to take down the Street views of its military basis. The modus operandi required Google to scan the entire street by using a camera unit mounted on a car and this made it easy for the officials to spot them and created a furore, post which Google introduced a backpack which housed the camera unit and could be worn by anyone just like a traditional backpack. Google had also sent a swarm of planes across the world and capture the streets.

TechPP is supported by our audience. We may earn affiliate commissions from buying links on this site.
Read Next
How to Fix Google Chrome Translate Not Working
#google #Google Maps #Google Street View