Lenovo bought Motorola and completed the acquisition around an year ago, and since then we’ve seen a couple of new devices being announced. Now we’re getting a fresh press render of a handset named Lenovo Lemon X, which could be Lenovo’s first smartphone designed by Motorola. 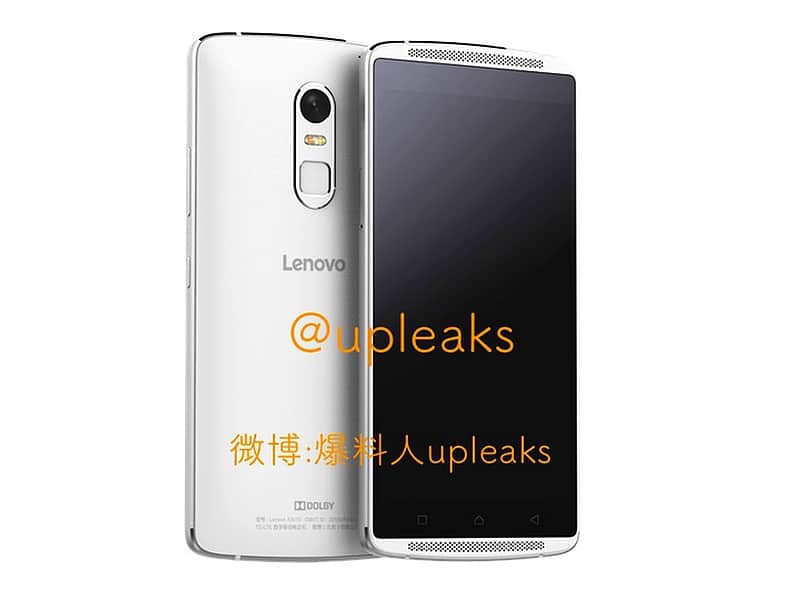 The image comes from tipster @upleaks, and as we can see from its design cues, it does seem to be engineered by the guys over at Motorola. Correct me if I’m wrong, but I think that even the font used for writing Lenovo on the back is the same or at least similar to what Motorola has been using.

The rear panel of the handset features a metal frame with antenna bands on top and bottom edges, a particularity present on the Motorola Nexus 6 and other Moto X smartphones. Furthermore, the rear camera and the LED flash are placed inside a pill-shaped panel, another design detail reminding of Motorola.

Of course, this isn’t entirely a Motorola-only design, as the handset’s front panel has three capacitive buttons, the speaker grille design is slightly modified and there’s also clear evidence of the Dolby audio technology. The Lenovo ‘Lemon X’ could actually be rumored Lenovo Vibe 3X which is said to get the following specs:

The Motorola division is believed to be behind this device because recently Lenovo said it would be using Motorola‘s know-how to build its future phones as the Chinese company tries to make its mobile business structure more efficient. Thus, as Motorola is expected to design, develop and manufacture smartphones for Lenovo, chances are that we’re going to see many other devices following after this one.

TechPP is supported by our audience. We may earn affiliate commissions from buying links on this site.
Read Next
Lenovo Legion 5i Pro Review: Legion Or Legend?
#lenovo #Motorola