A whole week has passed, which means it’s time to look back and select some of the best new Android apps and games that have been published on the Google Play Store. If you’re a little behind, no worries, you can check out now the previous roundup. Now let’s have a look at this week’s new entries.

The Send app from Microsoft originated from the Microsoft Garage initiative and now it has become a full-fledged app available for Android users. This new app basically brings emails into a messenger interface, making it much easier to operate with them. You will only see the messages started in Send and not your entire email inbox. At the moment it only works for Office 365 subscribers but this could change in a future version.

I’m all against hunting animals, and I’ve always thought this to be a cruel practice. However, I have no issues with hunting games, so if you’re a lover of this genre, you definitely need to check out the latest Deer Hunter 2016 edition from developer Glu. The game comes with  locations that span the globe from Alaska to Zimbabwe, letting you track down and bag some of the world’s most exotic and elusive animals. You will also be able to collect and customize your firearms with scopes, magazines, barrels, and stocks.

Apple’s first and single Android app so far has been met with criticism by Android fans, but if you’re thinking to switch ships, then Move to iOS is the tool that you need to have. Apple promises that with just a few steps, you can migrate your content automatically and securely from your Android device with the Move to iOS app, such as contacts, message history, camera photos and videos, web bookmarks, mail accounts and calendars.

Order & Chaos 2: Redemption is the latest RPG game coming from Gameloft. You have at your disposal 5 races to choose from – Orc, Human, Elf, Mendel, and the all-new Kratan and 5 Classes – Blood Knight, Ranger, Mage, Warrior, and Monk. You will also have the option to upgrade and evolve your weapons. The game comes with hundreds of quests, and you can also take place in multiplayer battles in open-world PvP and challenge any player in the game to a quick PvP Duel. 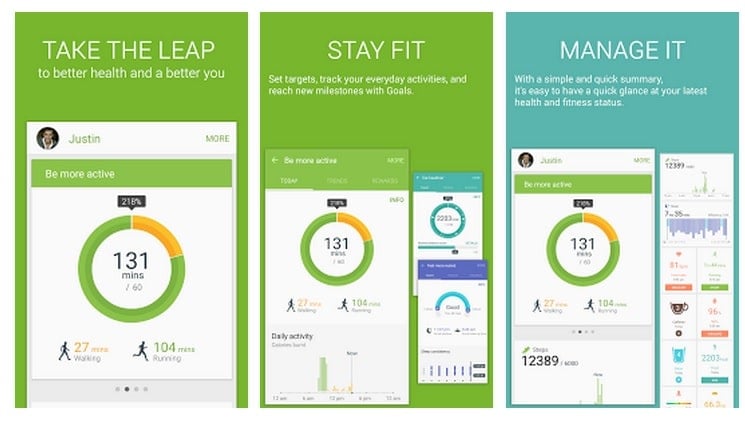 S Health, Samsung’s fitness app, is now available to all Android users. By using the app, you can track your everyday activities, get coaching to reach your daily goals, and improve your fitness with various training programs. It’s also possible to measure and understand your health with trackers such as heart rates and SpO₂ that use the built-in sensors in Samsung Galaxy and Gear devices.

Infestor is a new adventure Android game which is described as a fun puzzle platformer, but you can check this out for yourself by having a look at the above video. Your mission is to ‘reach the exit in each level by taking over your enemies and controlling their body’. Also, you need to take into account that ‘each human has a special ability associated with it that you will need to take advantage of to overcome obstacles’. The game comes with 60 levels and various achievements, so go ahead and give it a try. 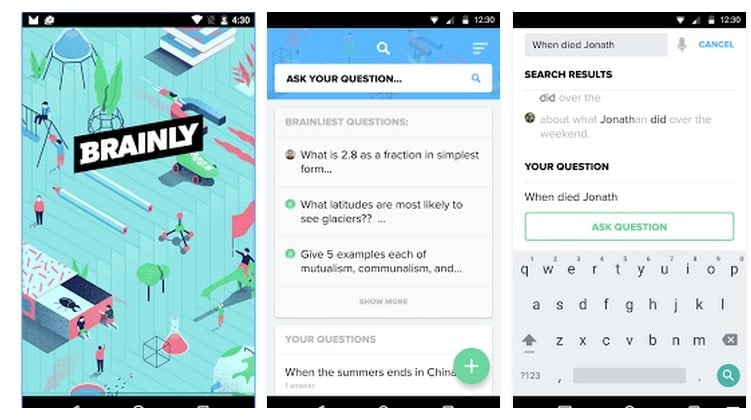 Brainly is a new education game for Android users which brings more information regarding various assignments or class discussions. The app is free to use and you get your answers within minutes. Furthermore, if you want to help the community, you can help by answering, as well. Thus, the more you answer, the bigger your rank will be.

SkillShot is a new arcade game that’s very simple and very fun to play. Described as a ‘squash-like single-player experience’, your mission is to try and hit the ball against the wall as many times as possible, without hitting the floor twice in a row or going out of bounds. You need to ‘carefully aim your shots by tapping into the tap area while the ball is within, making it fly away from the tap’. Have a look at the video to see how it works.

Rebuild 3: Gangs of Deadsville is a new strategy game which takes place in a world after a zombpocalypse that turned the world’s cities into graveyards and sent the few survivors into hiding. The game comes with a wide range of features, such as 4X style strategy and city (re)building , endless replayability with randomized cities and events, survivors with individual skills, perks, relationships, and stories, rival NPC forts with their own agendas, friendly or otherwise, campaign Mode, a journey through cities of increasing size and difficulty. So, as you can see, there’s plenty that you can do inside this game.

If you’re a fan of tower defense games, then Tower Dwellers Gold is a new title that should catch your attention. You will be able to choose from powerful heroes to help against all Evil Hordes, you will be able to craft many different units and command them in real time. There are also spells and various upgrades that you can make use of.