Notion Ink, infamous for the Adam tablet has moved on beyond Android tablets and in fact has been ranked as one the best selling 2-in-1 hybrid tablets in India with Windows based Cain series. The Bangalore based company has now come out with a Signature Black Limited Edition fully graded version of Cain 10 which comes with Windows 10, out of the box. 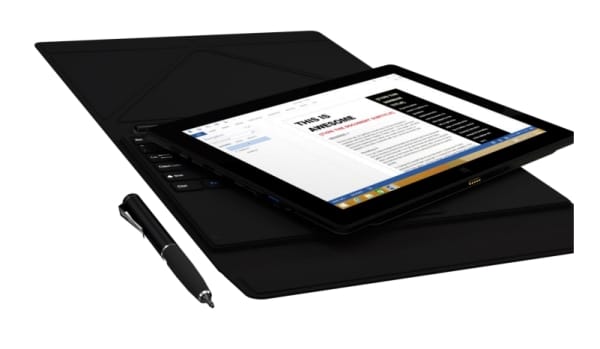 The new Cain 10 Signature Black Edition has started selling from today on Snapdeal, priced at Rs 20,990, in the form of a limited edition series. The tablet sports a 10.1-inch IPS LCD display set at a resolution of 1280 x 800 pixels and is powered by an Intel BayTrail Quad-Core processor which has a base frequency of 1.33GHz and can be turbo boosted up to 1.83GHz. On the storage front the tablet boasts of 64GB internal storage coupled with a microSD card slot that can accommodate another 128GB.

Apart from the usual bevy of connectivity features, the Cain 10 also features an onboard 3G receiver. The most exciting part of the deal is something that Notion Ink likes to call “Active Stylus”. Yes it a stylus which is not just compatible with Cain but also other devices with capacitive touchscreens. If implemented aptly, the stylus can become the USP of the hybrid thus giving other expensive players like the Samsung Galaxy Tab-S and Apple iPad Pro a run for its money. We do realise that the aforementioned tablets are a class apart but not often do we find tablets with stylus at this price point.

Norton Ink has been carving a niche for itself thanks to the smart blend of design, hardware and affordability. We still believe that their is a dearth of good Windows 10 tablets sans a bloated price tag and this is where Notion Ink sees the opportunity.

Was this article helpful?
YesNo
TechPP is supported by our audience. We may earn affiliate commissions from buying links on this site.
#Cain 10 Signature Black Edition #notion ink