It has been one of the most talked about phones in recent times, thanks to an ad campaign that needled the likes of OnePlus and Apple, but Yutopia, the latest device from YU had been until today, conspicuous by its absence – lurking in the shadows, making odd appearances and promising (in keeping with its name) the world in terms of design, specs and performance. Well, the wraps are off it officially and whether it lives up to its taunts of other devices or not (our review will reveal that), what cannot be doubted is that in terms of hardware and design, the Yutopia is easily the most impressive device to emerge from not just the portals of the now-year-old YU brand but also its sister, Micromax, which has been around much longer. 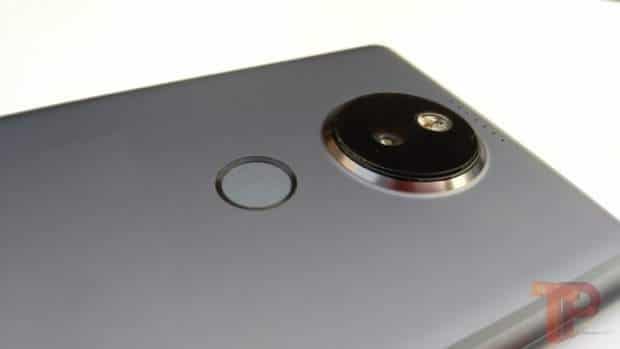 For unlike its predecessors (the Yureka, the Yureka Plus, the Yuphoria and the Yunique), the Yutopia is looking to carve a niche for itself not just in the mid-segment smartphone market – the most expensive YU device in the market before the Yutopia cost under Rs 10,000 – but also taking on the more traditional flagships. And well, it certainly comes with the design and specs to slug it out with them.

The Yutopia is literally cut from a different cloth than its predecessors – while they were mostly plastic (the Yuphoria did have a metal frame), the Yutopia is an all-metal device and comes with the rounded sides that are reminiscent of the early Lumias, which is not a bad thing at all. The phone is surprisingly compact for a device with a relatively large (5.2 inch) display, and is very comfortable to hold – the metal back has a smooth finish. On the right of the device, the power and display button is placed between the volume increase and decrease buttons as in the Yuphoria but the buttons are metallic.

The dual SIM card slot is on the left, the micro USB port on the base (a USB Type-C port was considered for a while and then rejected on the grounds of the inconvenience it would cause), and the 3.5 mm audio jack is on top of the device. Accentuating the similarity with the Lumia is the spherical section in the back which houses the camera – it does just out a little which will make some people nervous as it means that when placed face-up, the device will be resting on the “camera bump” (we have been told that the camera is unlikely to be damaged as the spherical border around is very slightly raised). Below the camera is a fingerprint scanner. The bump on the back does make the phone look slightly thicker than it is, but all said and done, the Yutopia cuts a very smart figure indeed, and unlike some of the flagships it will be taking on, is designed to fit your hand rather than stretch it.

And yes, we did say it will be taking on flagships. For, unlike the Yureka Plus (the most powerful device in the YU series prior to the Yutopia), which had to contend with the likes of the Lenovo K3 Note and the Xiaomi Mi 4i, the Yutopia has got pretty much every Android flagship in its sights. If that sounds difficult to digest consider its spec sheet – the 5.2 inch display is a quad HD one from Sharp, giving it the highest pixel density of 565 PPI this side of the Samsung Galaxy S6, powering is the Qualcomm Snapdragon 810 processor, with 4 GB RAM and 32 GB of storage, which is expandable via microSD card, provided you use one of the dual SIM slots. The camera on the back is a 21-megapixel one from Sony and there is a front facing 8.0-megapixel camera too. Connectivity options include 4G, Wi-Fi, GPS and Bluetooth. And oh yes, accompanying the box are a pair of earbuds from the House of Marley. That rather slim frame also has a 3000 mAh battery which we are told supports fast charging (Quick Charge 2.0). 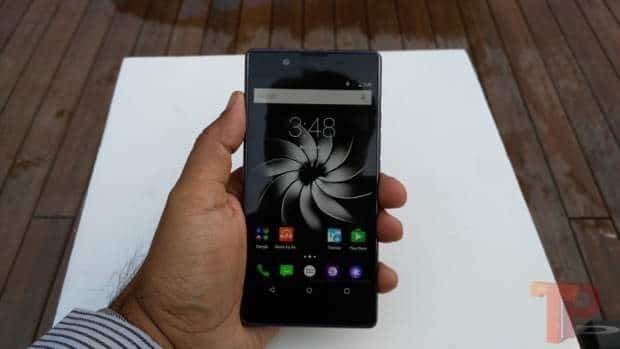 Moving on to the software, the Yutopia runs on Cyanogen OS 12.1 which is based on Android 5.1 Lollipop (unlike the Yunique which ran stock Android), but comes with a number of tweaks. Perhaps the most interesting of these is the Around YU feature which takes the place of Google Now and puts access to a number of services (travel, shopping, food, etc.) just a swipe away from the homescreen – you can order food, shop and book cabs by just using your YU account and not having to download apps of relevant services. We have also been told that Around YU will study your behaviour and make recommendations accordingly over time and will also serve up some bargains and discounts. The default music player on the device is the Gaana app, with users getting six months of unlimited downloads from the service. And the YU team have also tried to tackle the heating problems that have dogged the Snapdragon 810 chip by allowing users to run their device at different performance levels – they claim that if used at a relatively normal level, the phone will not heat up.

No matter how stringent your standards are, there is no denying that the Yutopia is one of the most powerful smartphones out there – in spec sheet terms, it is very much in the league of the likes of the LG G4, Samsung Galaxy S6 and even the recently released Nexus 6P. From high resolution display to plenty of RAM to powerful processor and camera and – surprise, surprise – innovative software, the Yutopia ticks almost every box that most geeks would place in front of it. And at its price of Rs 24,999, it definitely represents superlative value for money. On paper, at least. Whether it can stand up to the likes of the Qiku Q Terra, the OnePlus 2 and the Moto X brigade will be revealed in our review. For now, all we can say is that YU has truly entered the Premier League of smartphones by producing a phone that can be compared with just about any high-end device out there. For the first time in our memory, an Indian brand has a phone that can go toe-to-toe with the best brands from other countries can offer. A couple of years ago that would have been considered… well, a Utopian dream. Pun intended. Which makes the Yutopia a rather important device. Just how well it fares will be revealed in our review, but for the moment, allow us a faint flutter of emotion in our hearts.

Nay, it is not jingoism. It is pride.

Rest assured, it will not cloud our reviewers’ minds. Stay tuned for our detailed review.

Was this article helpful?
YesNo
TechPP is supported by our audience. We may earn affiliate commissions from buying links on this site.
Read Next
[First Cut] Redmi Watch: A rather watch-ful debut
#First Impressions #hands on #Yutopia