Lenovo’s hugely successful K3 Note is all set to welcome its successor, the K4 Note this January 2016 (Update: on January 5th). Lenovo has been teasing the upcoming smartphone with the hashtag #KillerNote2016, and now we have learnt that the new phone will come bundled with 3GB of RAM, and probably 32GB ROM. 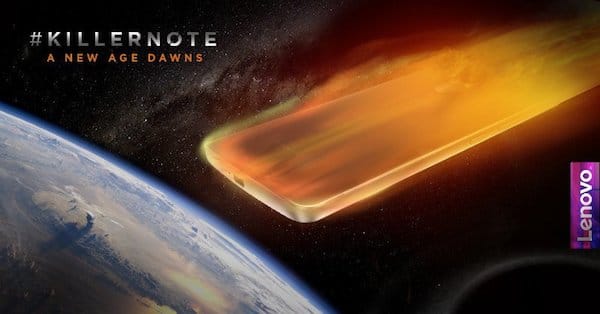 The K3 Note (along with A6000 and A7000) gave Lenovo a huge head-start in India 4G LTE smartphone market. It was the first phone to launch with a full HD screen under Rs 10,000 in India back in June this year. The phone was launched earlier in China, but made it to India only later. This time though, with the K4 Note, Lenovo seems to be aiming for a parallel launch (if not launching first in India). And why not? Along with Motorola, the company has managed to capture a stunning 10% of the smartphone market in India. Moreover, together, Lenovo and Motorola have 28% of online smartphone purchases. The K4 Note should only add to this.

We still don’t have other important details like the processor, camera and battery on the Lenovo K4 Note. The K3 Note came with the Mediatek MT6752 processor along with 2GB of RAM. We got to see if Lenovo sticks to Mediatek (Helio X10 maybe?) or will go for a Qualcomm Snapdragon processor for the K4 Note. Let’s wait for more details on January 5th.

Was this article helpful?
YesNo
TechPP is supported by our audience. We may earn affiliate commissions from buying links on this site.
Read Next
Lenovo Legion 5i Pro Review: Legion Or Legend?
#lenovo #Lenovo K4 Note