Traveling with gadgets has never been a merry affair – the need to bundle several travel adapters and the myriad of wires connecting the same becomes quiet an ordeal. Invariably one also needs to carry a power strip in order to accommodate all the charging adapters and even this comes with a caveat, most of the adapters are so large that the neighboring port(s) becomes inaccessible. 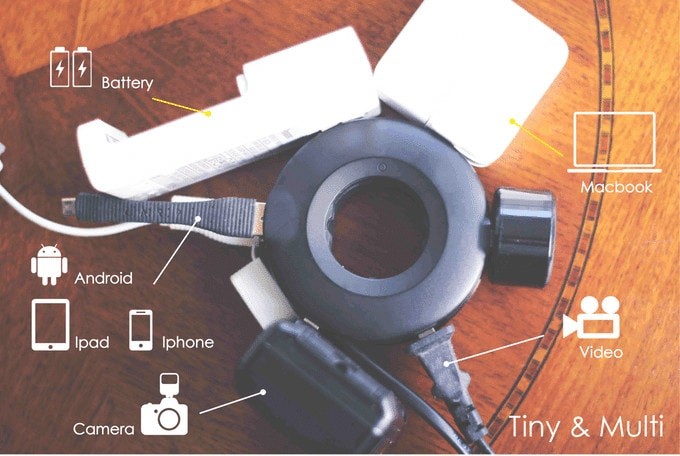 The best part is the size of the Donut and the Bagel, both are small enough to be dropped in the packet and utility wise they are better than the bulky old power strip which would gobble up a large space in your travel bag. The Mogics Donut and the Bagel are equipped with Safety Fuse, dual USB ports which support fast charging and also an ergonomically sound AC plug and all this is neatly packaged in the donut shaped exoskeleton. 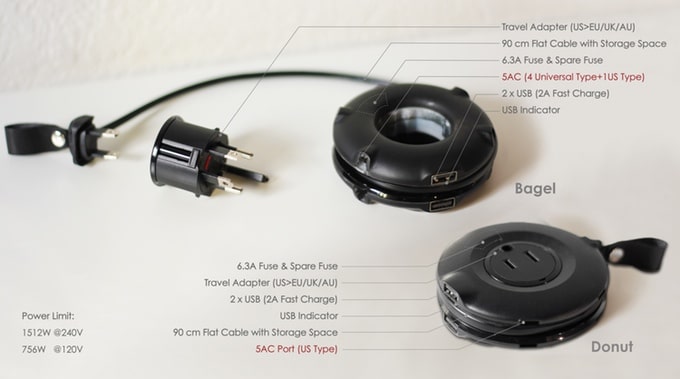 The Mogics Power Donut is also useful for keeping your desk clutter free, no more handing cords and adapters strewn all over the desk. Plus, it will also enable multiple people to share the ports on the same table without the struggle for the best port or fitting of the adapters. The wire length is adjustable, thanks to a spool with an auto lock cord stopper.

In case you want to buy one, you can pledge your monies on KickStarter, $1 will just entitle you for exclusive content while the early bird $26 will give you a Magics Power Donut/Bagel. Increase the pledge to $36 you will get a Magics Power Donut/ Bagel along with a MA1 multi-adapter. The video below will explain you how exactly the Donut works along with a few examples of use cases.

TechPP is supported by our audience. We may earn affiliate commissions from buying links on this site.
#Bagel Power adapter #Power Donut