Whatsapp, the biggest messaging app in the world in terms of subscriber base has an important announcement to make today. Jan Koum, founder of Whatsapp told Re/Code’s Ina Fried that the chat app plans to drop its $1 subscription fee, but in reality, Whatsapp never really enforced the subscription fee. However from now, Whatsapp will remove the payment option from the app altogether. Also anyone who has made a subscription payment this year or in the past will not be getting any refund. 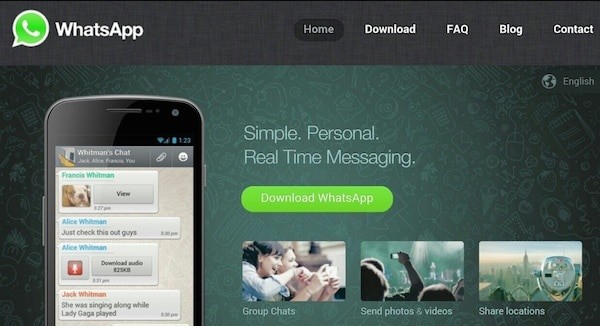 The bigger news is that Whatsapp now finally plans on becoming a platform. As we had discussed in our previous article, Whatsapp has all the things in place to become a successful platform. Today, Jan Koum has confirmed exactly that.

“It really doesn’t work that well,” Koum said Ina about the $1 subscription fee. He noted that while a buck a year might not sound like much, access to credit cards is not ubiquitous. “We just don’t want people to think at some point their communication to the world will be cut off.” This makes perfect sense considering that most countries where Whatsapp is popular such as India, credit card penetration is really low.

By becoming a platform, Jan said Whatsapp’s primary aim would be to explore ways businesses can use Whatsapp to connect with individuals, but said avoiding spam and unwanted advertising is also a top priority. Whatsapp has also noted that it won’t be introducing third party ads. Whatsapp’s main aim for now is to become help businesses connect with users in a hassle free manner by replacing the messy email threads and IVR channels that dominate customer service today.

However, it’s important to note that this is just an idea for now. Whatsapp hasn’t written even a single line of code related to this until now, so the feature might take quite some time before you start seeing it in action. Also Whatsapp hasn’t indicated how it would try to monetize this platform, while we could make many guesses, whatsapp would probably first try to get the platform right and then try to fit a monetization model that helps them get most buck while also doesn’t damage customer experience significantly.

A phenomenom that was started by WeChat and several other Asian chat apps quite some time back has been widely adopted by various chat apps this year. At its F8 developer conference, Facebook unveiled tools that would help Messenger become a platform and Uber was the first company to truly to take advantage of it from a service related prespective. Slack recently opened up its app for developers and also has fund to support developers that build on Slack. Whatsapp has now finally indicated that even it would be joining this list and if done right this could convert Whatsapp into a golden egg for Facebook.