Samsung’s flagship phones in the Galaxy range are one of the most anticipated releases year after year and always pack the best possible hardware in them, and also come at a very premium price. But not everyone requires so much power. What if someone needed all the style and build that the flagship phones have, but can do with midrange specifications from within? What if some yearn for stylish and well built phones but cannot afford a flagship? The “A” series is what Samsung has for them that we saw do pretty well last year, but they had few issues. Stepping up in making the corrections, Samsung has launched the A5 and A7’s 2016 version. We did feel some improvements when we presented to you our first impressions, but how did the phones perform in real life? Find out as we unveil our detail review of the duo. 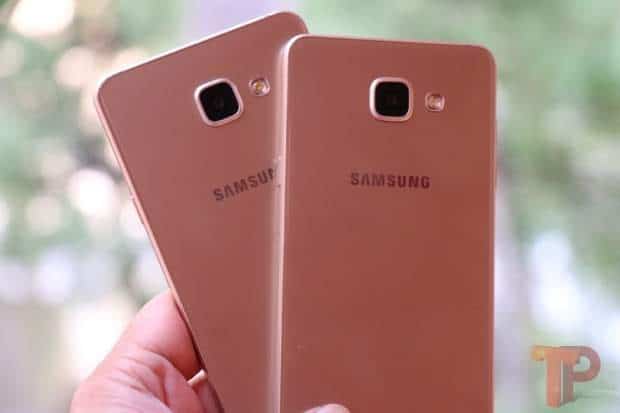 Both phones are so much alike and have more similarities than differences, and hence we’ve clubbed the review but will call out differences when appropriate.

We were impressed by the style, the design and the elements used in building the phones during our initial impressions and that stays. Both phones sport exact same looks and in some angles resemble Samsung’s S6 series. As a matter of fact, we had some friends coming and asking us if we got the S6 and in some cases it was us successfully fooling others in having them think we had the S6 – mission accomplished Samsung! We still maintain that the phones are extremely slippery and if you’re not careful enough, you will end up dropping the phone (though the back comes with a Gorilla Glass 4 protection). The edges of the phone have the matte finish and tend to peel off (bit by bit) over a period time – instantly remind us of the Galaxy S4 and Note 3’s edges. And we cannot tell you how convenient the front home-button plus fingerprint scanner is! You don’t have to lift it off a surface to unlock it, which is the case in most of the phones these days with the FPS placed at the back. Setting it up takes a little longer, but once you’re done, it works like charm and is fast enough. The duo of very well backlit capacitive buttons accompanying the home button, bring a delight. The A5 and A7 are not lightweight phones by any means owing to the amount of metal and glass in their build, and higher sized batteries they pack as compared to their predecessors. While both come at 7.3mm thick, the A5 weighs 155gms while the A7 weighs 172 gms – doesn’t go well with a highly slippery back surface they sport with our friend gravity pulling them down. 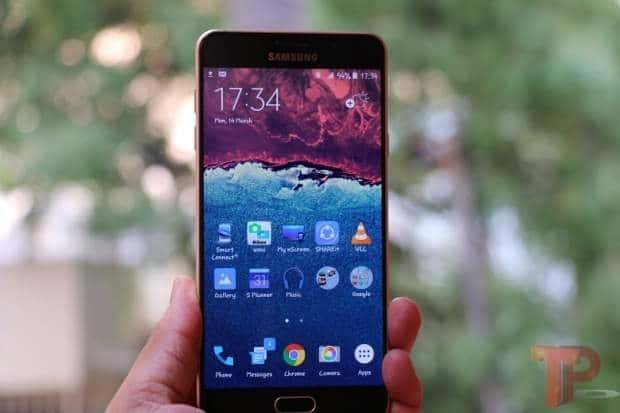 Both phones sport an awesome Super AMOLED displays protected by Gorilla Glass 4. There are couple of differences though – the A5 has a 5.2” screen packing 424 pixels while the A7 has a 5.5” screen packing a lesser 401 pixel density. Nonetheless both phones provide good viewing angles, decent visibility under sunlight and one of the best touch sensitivities/experience we’ve come to see. Colors pop up, everything is presented with good sharpness. The surface however is prone to smudges and fingerprints; you will find yourself hunting for a piece of cloth to get off them periodically. 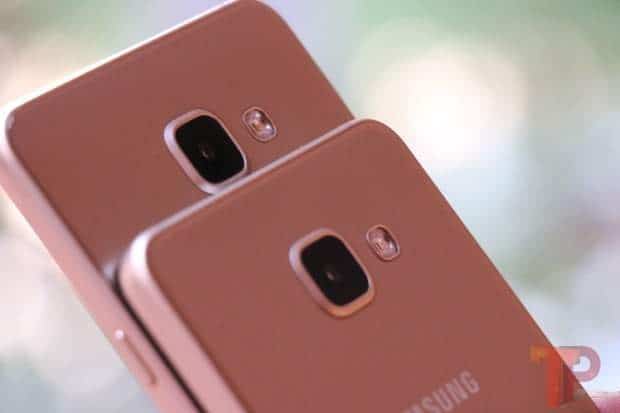 What the gorgeous display is trying to present to you is Samsung’s home-grown Touchwiz UI built off Android Lollipop 5.1. This is very disappointing to see when Samsung is asking a price that is tad lesser than the flagships but saving their Marshmallow build for the S7 series. While the new Touchwiz does sport new looks, the typical blue and green themed UI remains. What is not new is the tiny lags and stutters that have plagued Touchwiz from the time it was born and this can get really irritating. The screen just freezes for a good 2-3 seconds regardless of what you’re doing and it takes away the good experience as it occurs at least 5-8 times a day. The OS though doesn’t have much bloatware like before, but stutters while going from one page to another. All of this is seen more as compared to the S6 series, thanks to a midrange processor in the form of Exynos 7580 Octacore processor clocked at 1.6GHz and a 16GB of internal memory of which around 9GB is available to the user. Thankfully this can be expanded upto 128GB via the microSD slot. And this performance is regardless of the RAM capacity on the phones – the A5 has 2GB while the A7 has 3GB.

But there are tons of good stuff as well! Samsung’s theme store is now rich with tons of options and you can get rid of every pixel of the Touchwiz feel applying the theme you want. You can also give it a material design driven theme that will completely change its look to make it look like stock Android! The swipe over the screen to take screen shots, double tapping the home button to launch the camera even when the screen is locked, allowing dual windows on the screen, and being able to change the grid size on the home screen – very good features that work really well. 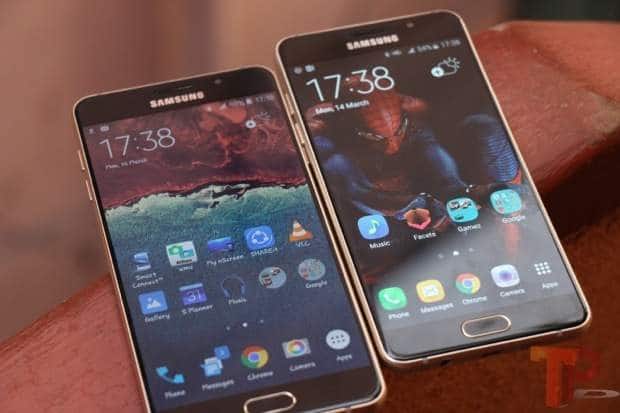 The stutters return while you game on the phones. It doesn’t matter if it’s a light game or a heavy game – there are periodic stutters and some frame drops during elongated periods of gaming. And the position of the tiny loudspeaker at the bottom is so bad that most of the times it gets covered by your palm and you have to program your hands not to do so. On the brighter side of things was the delivery of colors on the screen and no heating issues. Though the phones sport metal and glass build all over the place, the temperatures never exceeded 44 degrees Celsius. Battery drain was kept at check and was not an issue at all. Speaking about the battery, it is one of the top 3 things you will love about both the phones. “Highly reliable” is what we will term the battery here. Regardless of what task you’re at with the phones, they consistently deliver a full day juice. For those who care too much about the screen on times, we got anywhere between 4.5 to 5.5 hours on both the phones though they hold different capacities – the A5 comes with 2900 mAh while the A7 comes with 3300 mAh.

Connectivity was non-issue on both the phones that come with dual sim slots. One tray holds a sim and a microSD card while the other tray holds another sim. It would’ve been better if one tray housed two sims and the other held the microSD card. Signal reception was commendable, so was the call quality – loud and crisp. Calls while on the loudspeaker too were decent enough, with no crackling or distortion while on max volumes.

The flagship phones on Samsung’s Galaxy series are always known for their rock solid camera performance. Well, if you expect that from the same camera module the A5 and A7 house, you’re in for a disappointment. They both sport a 13MP primary shooter with LED flash and f/1.9 aperture and OIS support. On paper this should provide you some stunning pictures but in reality things were different. In good daylight, pictures come just fine at best. Exposure handling is real bad and you can see many portions of the pictures being overblown or excessively warmed up. This really cracks a very well working color reproduction going on. Dynamic range needs good amount of correction too while there is an abundance of digital sharpening that can be noticed. 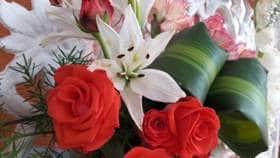 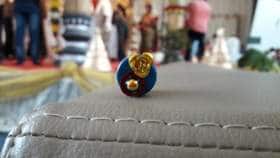 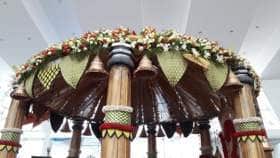 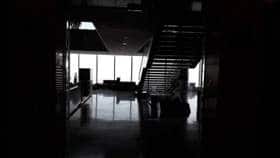 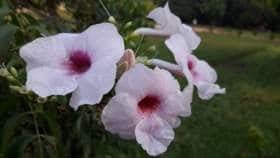 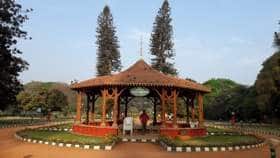 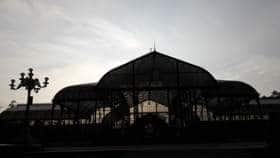 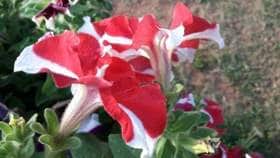 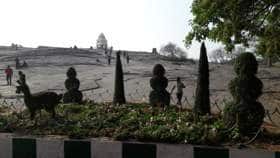 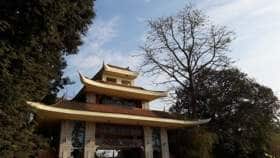 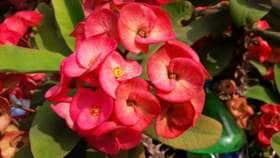 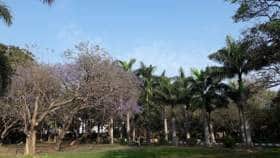 As the lights go down, the camera performance worsens. Tons of grains find their way and the OIS is doing precious little to reduce the blurriness. Where the OIS shines is in the video department. The front 5MP also comes with f/1.9 aperture and does just fine again. The camera app is typical Samsung, with tons of options like Panorama, HDR and cool filters. Processing again is a tad slow like we’ve always seen. It would be really great if Samsung makes up their mind to fix these issues which mostly seem to be on the software. It’s a shame to see such a good camera hardware not being provided with a software that can use its abilities to the fullest. 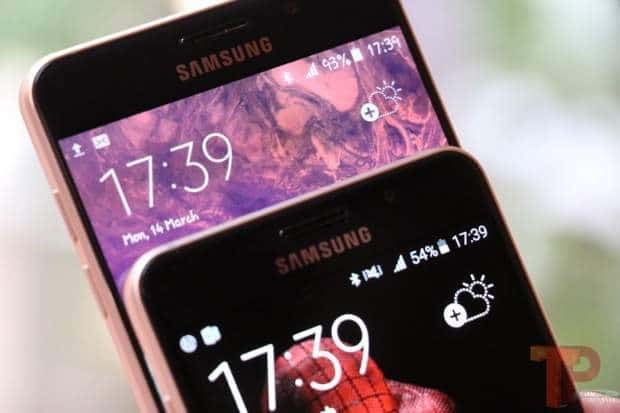 The Galaxy A5 is priced around Rs 22,999 while the Galaxy A7 comes for Rs 32,999. These prices are certainly not “budget friendly”. But then, the A5 and A7 are bringing their A game here, apart from an appealing design and build, both phones delivery amazing battery performance and keep temperatures at check during all the heavy tasks. But what one will hold the phones against is the general notion of Samsung’s mid and high range phones to be wicked awesome when it comes to the camera department. Lags and stutters are forgiven owing to the Touchwiz’s reputation. But if Samsung were to really fix the camera issues and take its performance a few notches above, then the A5 and A7 will pack a punch and justify their price. Speaking about the competition and if you are not hell bent on glossy design, Lenovo’s Vibe X3 is a stunning all rounder performer for just Rs 19,999. There is also OnePlus 2 that holds decent looks and good on camera performance for Rs 24,999. But if you were to hang in there for a month or two, Xiaomi is bringing their A game alive with the Mi5 which we believe is going to shake and rock the charts with its style and performance.