As we step into a new year the smartphone industry not only greets us with the latest flagships but chip manufacturers also exhibit their strengths via the flagship SoCs. Qualcomm has been garnering a lot of attention with its Snapdragon 820 while the Galaxy S7 comes with the Exynos 8890. Meizu Pro 6 is confirmed to be coming with MediaTek’s Helio X25 chip and will be the first phone to be powered by the same. 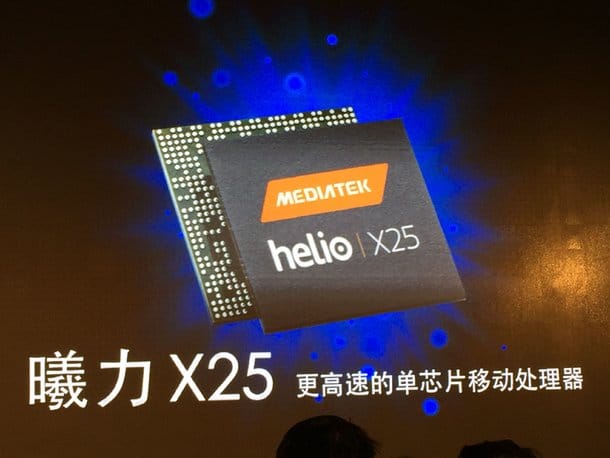 The Helio X25 is an iterative upgrade to the X20 with a few changes in the core management and an ability to clock at higher frequency. The design aspects of the core is nearly identical with the X20 as even the X25 heralds with a tri-cluster architecture which is based on the 10 cores. The higher frequency we were talking about earlier refers to the Cortex A72 cores which can be throttled all the way up to 2.5GHz as opposed to the earlier 2.3GHz. In totality the X25 will come with two sets of (4 x Cortex A53) combo.

As expected the GPU has also been clocked higher at 850GHz in contrast to the 780GHz in Helio X20. The company claims that despite the higher clock frequency the processors would not consume more power, a statement which we would be able to validate only after testing. The Helio X25 will still be manufactured on the 16nm manufacturing process and hopefully MediaTek should have solved the alleged thermal issue in the Helio X20 by now.

The Helio X25 is expected to fill in the gap until the Helio X30, which is expected to be manufactured on a 10nm process and will be announced in the early 2017. The chipset comes with a 4G LTE modem capable of speeds up to 300Mbps and the Pump Express 3.0 fast charge. We would be able to see the Meizu Pro 6 in flesh only after a few months and yes it is the first device to be powered by a Helio X25.