Redmi Note 3, Xiaomi’s budget phablet offering, had been rocking the 10K price segment in India ever since its launch and now a whole new competitor awaits it. It’s none other than the LeEco Le 2. LeEco, popularly known as the ‘Netflix of China’ has shaken the market by launching their Le 2 smartphone in India with some major changes under the hood at a highly competitive price point. But Redmi Note 3 is no slouch either with great hardware at an affordable price point. 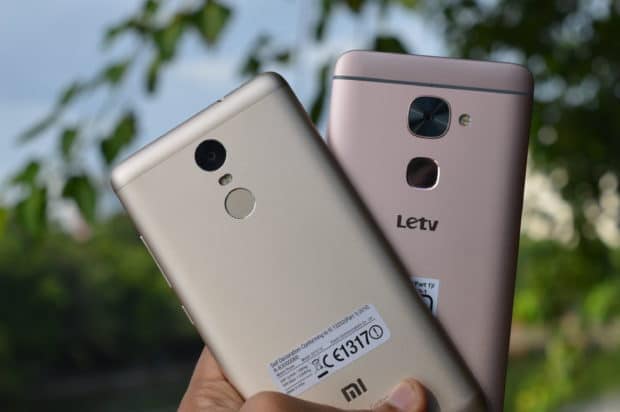 LeEco changed the Helio X20 internals of their Chinese variant of Le 2, only to replace the chip with a far more powerful Snapdragon 652 SoC. Thus the LeEco is a slightly more powerful device than the Redmi Note 3 on paper, but whether or not that the performance of the two turns out to be different in real world is a topic for some other day.

Today however we will be dwelling into the camera performance of the similarly specced devices, and find out which one of the two 16MP cameras gives you a better bang for the buck.

Quick Glance at the Specs Sheet

On paper, both the Xiaomi Redmi Note 3 and the LeEco Le 2 sport identical 16MP f/2.0 cameras equipped with a dual LED flash. The rear camera units are also backed by a PDAF (Phase Detection Autofocus Sensor) for faster focusing speeds. Apart from that, there’s a 5MP selfie snapper on the Redmi Note 3 as compared to the 8MP on the Le 2. 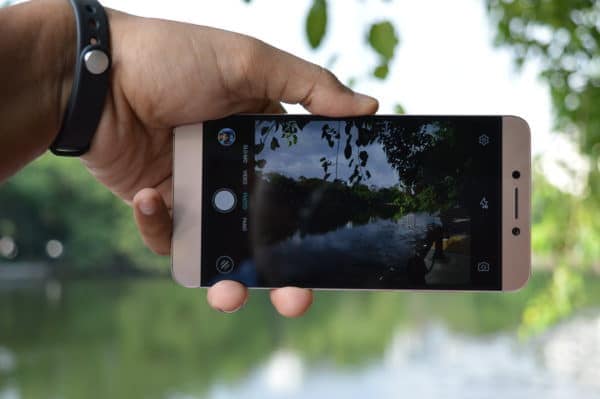 As expected, the default camera app of both the phones are petty similar except in a few areas. The LeEco’s iOS look alike camera app comes with support for 4K recording, which isn’t the case with Redmi Note 3.

However, this niggle shouldn’t bother you much as 4K recording can be enabled on RN3 by making use of Google’s own Camera app. That said, both the camera apps come with a range of options including support for manual ISO, Exposure, White Balance, Contrast and Sharpness. Neither of the cameras come with support for Manual Focusing or RAW Images, as seen in some flagship of present date. 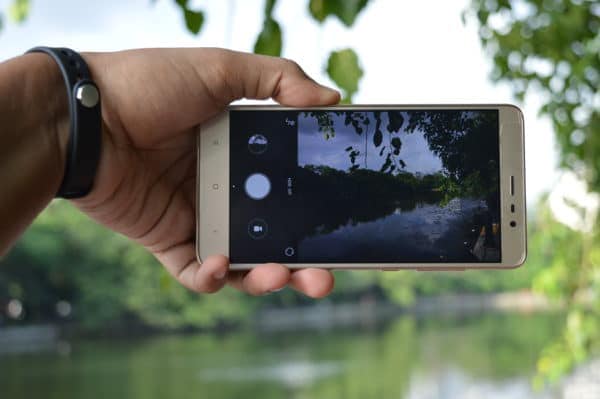 In order to check the real life camera performance of both the shooters, we tested them out in various lighting conditions using the auto mode; as most of you won’t be setting things like ISO, Exposure etc. manually in your smartphone anyway. So here’s what we came up with. It’s worth noting that the image on the left is that from LeEco Le 2, while the one on the right is of the Xiaomi Redmi Note 3. Click on each of them for a bigger resolution image.

From this image, it’s safe to conclude that Xiaomi’s 16MP module on the Redmi Note 3 saturates the colour a lot more as compared to the one found on the Le 2. That said, it’s worth mentioning neither of these two phones capture colors accurately.

In this case, the LeEco Le 2 washes out the details of the images. While the Xiaomi Redmi Note 3 doesn’t reproduce the colors naturally, there’s no doubt that the image shot from it simply looks better on the eyes. 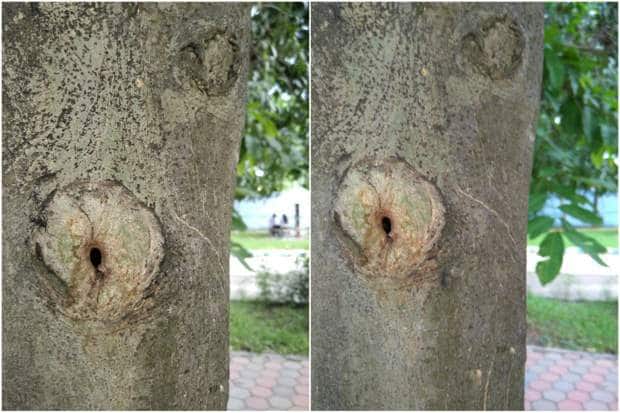 LeEco’s 16MP camera capable of focusing much faster than the Redmi Note 3. More often than not, the Xiaomi Redmi Note 3’s camera was seen hunting for focus, and this is perfect example where it simply failed to focus on an object properly. That said, LeEco Le 2 too suffers from slight focusing hiccups while shooting Macros, but the issue is nowhere near that of the Xiaomi’s.

Here, the image shot by the LeEco Le 2 looks a lot better. The Cherry Red color of the Maruti Celerio as well as the light blue skyline is portrayed much better by the Le 2.

While both the cameras shoot nearly similar images, the still from the Redmi Note 3 is a little more detailed. This difference however isn’t quite a deal breaker when it comes to sharing random images on social media.

The difference between the camera modules on both the smartphones starts getting clear in indoor lighting conditions. Talking of this particular image, the details on the Redmi Note 3 are much better than on the Le 2. While it is not evident in your smartphone screen, but you will soon spot the difference once you zoom in. The colors however are more accurate on the LeEco Le 2. 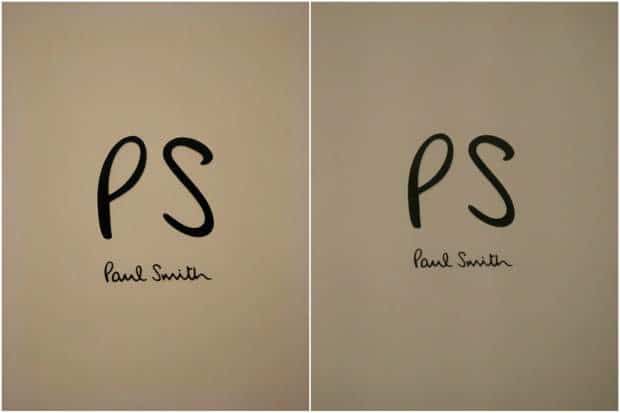 This image clearly shows the difference in color rendering capabilities of both devices. The image shot on the LeEco Le 2 has a more natural color, while details are still better on the Note 3. 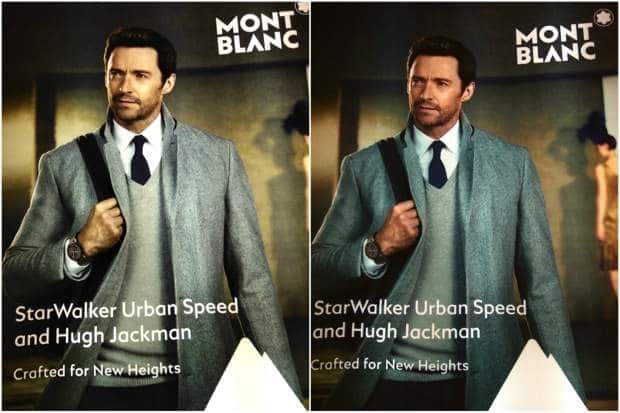 Talking of details, the wrinkles on the faces of Hugh Jackman are portrayed much better by the Redmi Note 3 as compared to the Le 2. LeEco on the other hand seems to be doing a lot of post processing including sharpening in the background to make image look much better overall.

On this occasion too the colors are better reproduced by the LeEco Le 2. Have a look at the dark brown colored background of the Tag Heuer logo. The image shot from the Note 3 washes out the color.

While both the images appear similar in your mobile screen, the difference become obvious when you compare then side by side in your laptop/desktop monitor. Zoom in to the image and have a look at the Wills Lifestyle logo. You will find out that the details shot by Note 3 are lot better.

Here again the lack of details in the image shot by the Le 2 can be spotted while zooming into the Lifestyle logo present in the background.

Continuing with the trend, Redmi Note 3 washes out the colors of the subject (Maruti Suzuki Ciaz) by overexposing the image. That said, the image shot by the Xiaomi has more details than the Le 2.

There aren’t any striking differences between the images in this case, except the fact that the Redmi Note 3 saturates the images ever so slightly.

While both the photos look great, the photo shot via the Le 2 is right on the money when it comes to color reproduction.

This photo was taken on HDR mode in both the smartphones. In this case, the Xiaomi Redmi Note 3 does the better job among the two when it comes to highlighting the dark areas.

It’s hard to tell apart between these two devices solely on cameras. For a phone priced at around Rs 12,000, both devices capture excellent images. Wait, I know you were looking for a more conclusive verdict! So if you ask me, I would safely recommend the LeEco Le 2 over the Redmi Note 3 solely on basis of cameras. There’s no doubt that the Note 3 from Xiaomi definitely captures more details than the Le 2, but that isn’t a deal breaker assuming most of these images would be used for sharing on social media platforms like Facebook and Instagram. 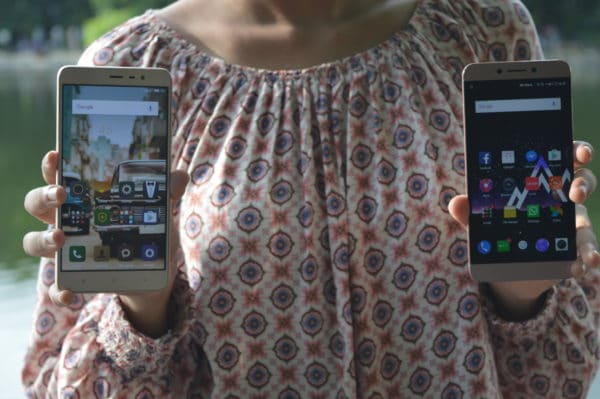 Personally I would never want a phone that fails to auto focus properly at times or not reproduce colors naturally. That said, the ability for native 4K shooting on Le 2 gives it an edge. Honestly speaking, I would recommend you to stay away from shooting videos on either of these handsets, as they aren’t simply up to the mark. Both the devices keep hunting for focus while shooting videos, besides capturing a rather choppy footage. That said, not many devices in their price range are capable of shooting good quality videos, so we can surely let that pass.

These however, aren’t the best smartphones around in this price bracket if you want an great camera device. Motorola G4 Plus, Honor 5X and the Lenovo ZUK Z1 are much better when it comes to the optics department. But then who buys a smartphone just for the camera?

OnePlus Nord vs Xiaomi Redmi K20 Pro: Another OnePlus and…
Redmi Note 11T 5G Review: A Redmi Note 11, but not THE Redmi…
The budget flagship is dead, long live the new budget…
Redmi Note 10 Review: The Most Note-ish Note of the Lot
Redmi Note 11 Review: A REAL Note from Xiaomi, but not a…
[First cut] Redmi Note 8 Pro: Note the design and camera,…