Two years back when WhatsApp was acquired by Facebook, privacy concerns were the focal point given the latter’s aggressive data collecting algorithms for businesses and advertisements. However, these apprehensions were put to rest by WhatsApp’s Co-founder Jan Koum in a public blog post where he stated “Respect for your privacy is coded into our DNA, and we built WhatsApp around the goal of knowing as little about you as possible: You don’t have to give us your name and we don’t ask for your email address.” Unfortunately, things have taken a drastic turn as the company announces it will be sharing user data with its parent company – Facebook to improve profile connections. 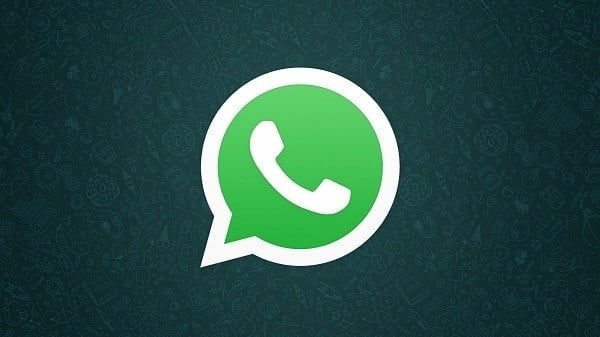 The updated terms and policies mention their services are now owned by Facebook and documents their recent additions including end-to-end encryption, voice-calling and more. Although the main focus here is the part where they talk about businesses. WhatsApp will be, from now on, sharing personal details like individuals’ phone numbers with Facebook for refining social maps and friends’ suggestions. Additionally, this data will be utilized to improve ads that you see and through regular metrics analysis, fight spam on WhatsApp. Your phone numbers will be connected to Facebook’s databases, although, it won’t be distributed to third parties. WhatsApp as an example states “you might see an ad from a company you already work with, rather than one from someone you’ve never heard of.” This is, however, an exceeded breach of privacy for a lot of users and could lead to a massive user base downfall.

Furthermore, WhatsApp also wants to assist business users in reaching their customers in case of emergencies like a bank warning a user about a potentially fraudulent transaction, or notifications from airlines about delayed flight, similar to what Facebook is trying to achieve through Messenger. However, WhatsApp’s app will still remain uncluttered with no banner advertisements of any sorts whatsoever. A majority of WhatsApp’s audience is because of the fact that the company has stayed comparatively minimal, it will be fascinating how the new policies impact their Billion+ users. Thankfully, you can opt out if you want.

How to Opt Out of Sharing WhatsApp Data with Facebook 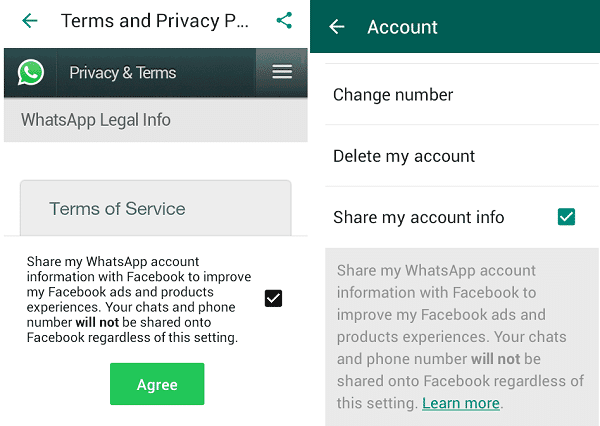 Once the update goes live, you’ll receive a notification mentioning the new terms and policies, hit the “Read” blue link which will open up the entire document. Scroll down to the bottom where you’ll find a message that says “Share my account information with Facebook” and a checkbox, uncheck that and you’re done. In case you clicked “Agree” initially, don’t worry, there’s still a way out. On WhatsApp, Head into the settings > Account and locate “Share my account info“, untick that flag. Do note that you’ll have only a time span of 30 days for modifying this setting after clicking that Agree button.

TechPP is supported by our audience. We may earn affiliate commissions from buying links on this site.
Read Next
10 Ways to Fix WhatsApp Calls Not Ringing When Phone Is Locked
#facebook #Privacy #Privacy Policy #WhatsApp