Qualcomm has had a great run in 2016 thanks to its upgraded lineup of Snapdragon chips designed especially for smartphones and tablets. This is in contrary to 2015, where the shipments slumped due to increased competition from Mediatek and Exynos. Now the chipmaker is all set to refresh one of its most popular mid-range SoCs with an all new Snapdragon 653 chip.

Just in case you are unaware, the Qualcomm Snapdragon 650 and 652 have been among the most popular chips for the leading chipmaker in 2016. With major upgrades over its predecessor, they succeeded in replacing the reigning Mediatek 6752 to become the prime choice in almost all mid-range smartphones. Starting from the Xiaomi Redmi Note 3 to the Sony Xperia X Performance, Snapdragon 650 can be seen inside many smartphones. Apparently, Qualcomm launched Snapdragon 652 as an improved version of their 650, with Cortex A72 cores inside early this year. 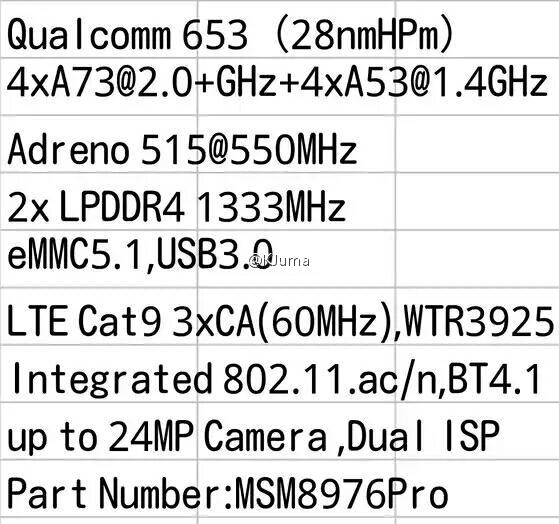 While Qualcomm hasn’t yet confirmed about the existence of this new chip yet, chances of an official launch in coming few weeks can’t be ruled out. It is however always recommended to take these leaks with a pinch of salt.

Snapdragon 8 Gen 1 vs Snapdragon 8+ Gen 1: Should You Upgrade?
Read Next
Source: GizmoChina