Lenovo has been sending out some great vibe with it’s “Vibe” Note series, and the latest in their offerings is the Vibe K5 Note which breaks out from its predecessor in many ways, specially in terms of its build quality. While the K3 Note was made of plastic and the K4 Note only featured a metallic chassis, the K5 Note features a full metal unibody design. However, the handset also comes with trade offs which we will look in this review. 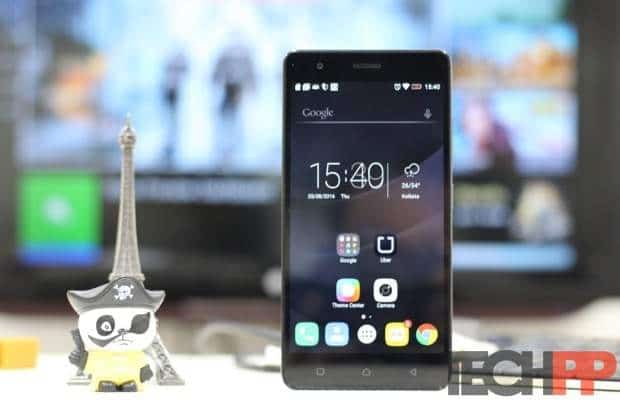 Let’s start with the advantages and disadvantages up front, and later dig deep into each of the points. 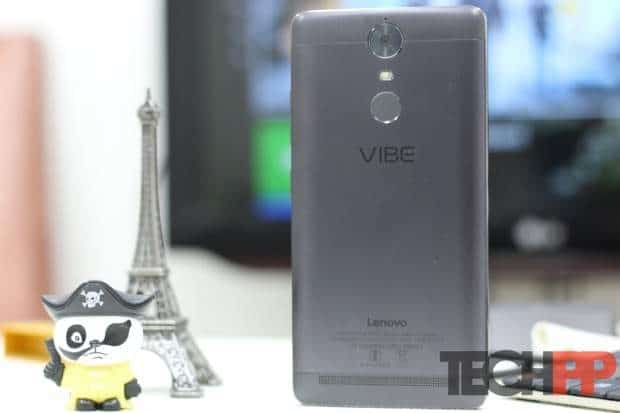 The Lenovo Vibe K5 Note departs from the K4 Note design, in a good way, and it’s a huge jump from the K3 Note design. The phone is wrapped completely with metal on the rear and around the sides of the phone which delivers premium quality. The curved edges also make it easier to hold the device.

The top and bottom of the phone back have a different color shade which adds to the mix, but the finish of the rear panel does attract fingerprint. The rear also holds the camera with dual LED flash, and the fingerprint sensor — all of which are aligned in one line. The speakers are also located at the rear, unlike the K4 Note which housed front facing stereo speakers. So that’s a bad compromise in our view.

Talking about the front, the design carries the K3 Note legacy of rectangular front, and the same bezel style. So yes, you don’t get edge-to-edge display but thick top and bottom bezel, but the bezels on the sides are much thinner. 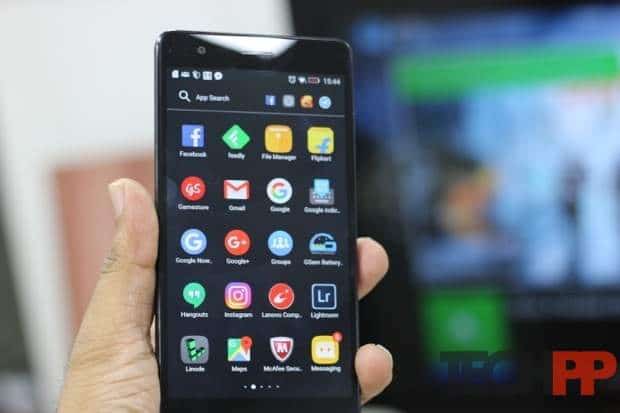 The Lenovo Vibe K5 Note houses a 5.5-inch 1080P display which is up to the standard, but then it is also one of the disappointing parts of the phone. Display is dull, DPI is low as well, and it results in display showing less content when compared to other full HD panels of similar size.

Thankfully, the K5 Note comes with Display Colour Balance feature which allows you to adjust the display’s color temperature to your comfort level. There is also a Smart brightness option which enhances visibility when outside hard light environment.

K5 Note has an impressive battery life of over 5 hours of Screen on Time (SOT), and with that amount of SOT, it will last for around a day. So how much battery power the phone packs in? It’s 3500 mAh, and it’s all sealed in due to the unibody design, the rear panels are not replaceable as it was on the K4 Note. We could easily get through a day of heavy usage which included lot of calls, some gaming, lot of social networking and some camera usage. 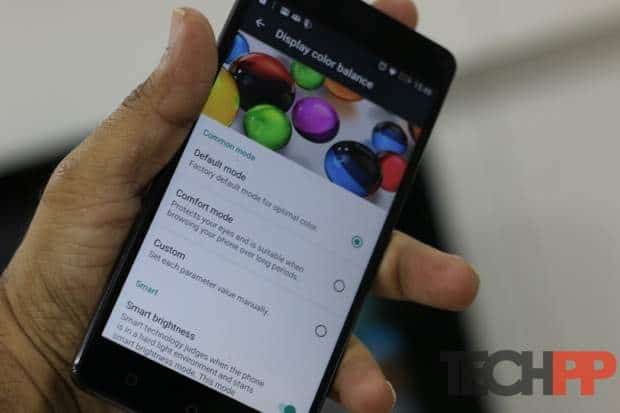 Lenovo took a break from Vibe UI which came pre-loaded with K4 Note and K3 Note, and instead chose to load up Pure UI on K5 Note. The UI is comparatively light with just the right amount of features and enhancements thrown in.

Since we talked about apps in Pure UI, you get couple of them bundled app including Lenevo Companion, Myntra, Navigate App, WeChat and Zomato. Almost all the preloaded apps can be uninstalled to free up space though. When it comes to special features, you get stuff like Secure Zone, Gestures, Power Manager, and Display Colour Profile. 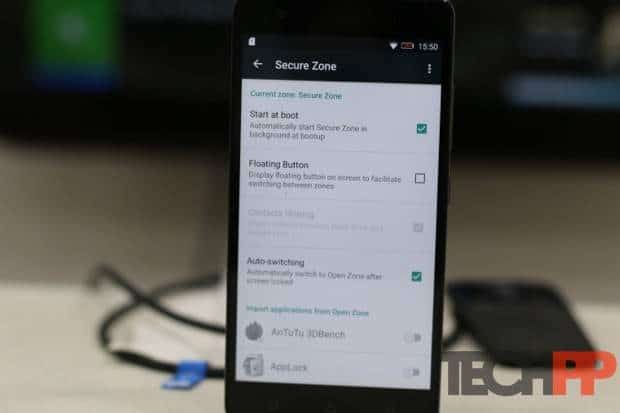 This is like a second profile in the same phone that can be used to separate out work and personal profile, and still make sure to keep the data safe. Rings a bell? Yes this is similar to Second Space that was recently introduced in MIUI 8, but you would be surprised to know that Secure Zone made its appearance on K4 Note first.

The features are similar. You can copy apps from one profile to another profile, have a dedicated Google Store Account, Copy Contacts, Messages, and share pictures, videos etc between profiles.

While this is an Android Marshmallow feature, it is still worth a mention. Power Manager lets you optimize apps for battery by choosing which apps gets into Doze and App Standby and which do not. If you choose to optimize, it prevents apps from unnecessarily running in the background i.e. it puts them in a low power mode. However, some apps can have issues with this mode so they are left unoptimized, and left to the users to handle manually.

Apart from this, you have options for Battery Saver, Background App Management, and Ultimate Power Saver.

The phone houses a fingerprint sensor which comes in very handy when it comes to unlocking the phone, and it’s pretty addictive as well. Apart from this, it allows you to customize it to take pictures, and that’s about it. No more gesture support is available as of now. We really wish Lenovo takes cue from the likes of Honor and provide additional functionality for fingerprint scanner.

Coming to the performance, it’s pretty fast, however, adding fingerprint is still cumbersome. One thing that Pure UI allows is to choose between Tap to unlock or Press and Hold to unlock the phone. 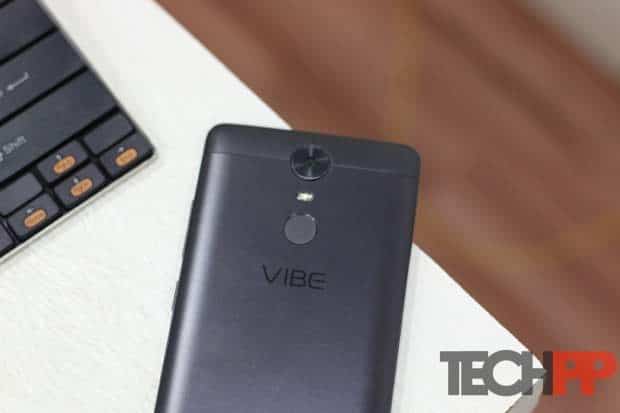 It is impressive to see that Lenovo has managed to sync up both hardware, and the software pretty well, which results in great performance on the K5 Note. While we tested the 4GB RAM version, there won’t be much of difference even if you used a 3GB RAM variant as the rest of the hardware remains same.

It’s powered by the octa-core MediaTek 6755 SoC Helio P10 with an option to choose between 3GB and 4GB RAM. Both the variants come with 32GB of onboard storage with microSD card slot that can further accommodate up to 128GB. The catch here is that either you can go for dual SIM, or single SIM with MicroSD support. It was a smart choice to have 32GB internal storage as the base as it will be enough for most users.

I have used the phone for almost everything any regular user will end up using. Right from playing heavy games like Asphalt 8 Airborne to regular messaging services like Facebook Messenger, Whatsapp and so on. They all work without any hiccups.

Those who are keen to know about heavy game performance should know that the Asphalt 8 Airborne wasn’t particularly smooth when played on HIGH settings. It is mostly to blame on the GPU, and partly on the display. However, there is no major heating issue. In short, it’s good enough for casual gamers, but if gaming is a priority, please look elsewhere.

Call Audio, Cellular network are pretty smooth. Although the Helio P10 SoC on K5 Note is future proof with support for VoLTE, the company has chosen not to enable it, but can do so if it changes its mind via a simple software update, just like how OnePlus is doing with the OnePlus 2.

Audio is one of the strongest points of the phone with its Dolby Atmos integration. Not only the audio is very clear, but it is also pleasing to ears. We just wish Lenovo stuck to the front firing speakers as was the case on the K4 Note. 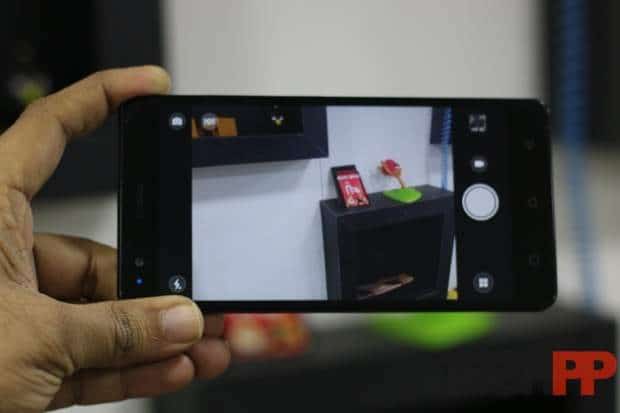 Like I mentioned before, the K5 Note houses a 13 MP primary sensor with f/2.2 aperture, phase detection autofocus, and dual-LED (dual tone) flash. The front camera is of 8-Megapixel.

Lenovo doesn’t seem to have concentrated much on the camera, and as a result you get a very simple UI which should be good enough for most of the consumers. You do have options to customize the Aspect Ratio, Photo resolution, white balance, ISO and so on. Just to note that this isn’t a pro camera mode. When it comes to shooting video, you can choose 1080P at tops. The camera also allows you to take Panorama shots, HDR, and use live filters.

Coming to the performance, there is no shot to shot lag, but then auto focusing is still not up to the mark even though it is equipped with PDAF technology. This results in terrible auto focusing in low light.

While you can judge from the samples above, there is one thing that bothered us a lot. Camera samples after taking the pictures turns out to be brighter, which is good, but then it also results in lot of noise. The side affect, you loose the sharpness.

Keeping in mind the price point, the Lenovo Vibe K5 Note feels premium, and it’s at par with the competition. The all-metal exterior feels great, fingerprint sensor works great, the rear speaker is quite impressive, and performance is top notch. The camera is “ok” for regular users, but they do have better choices for sure, and the same goes for its display.

At the end of the journey with Lenovo Vibe K5 Note, I believe Lenovo did something really big here. The phone competes well with the likes of the Xiaomi Redmi Note 3 and Moto G4 Plus, both of which are outstanding phones in their own regard.