MIUI 8 Second Space: Everything You Should Know about it

There are a lot of features in MIUI 8 which was recently rolled out in public beta for many Xiaomi devices. One of the most eye catching features it carries is the Second Space. This feature allows you to have a second profile on the same phone allowing you to separate out Business and Personal accounts or even create a separate Kids profile without giving them access to Play Store and unwanted apps, and keeping all your personal files separate. 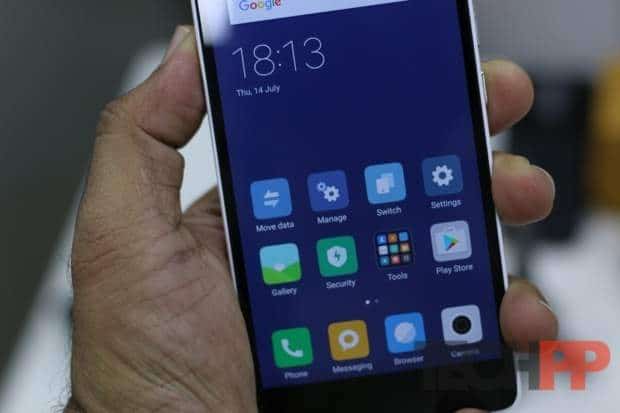 In this article, we dive deep into MIUI 8 Second Space and let you know how to make the best use of it. We assume that you already have the MIUI 8 installed on your device.

How to set up Second Space on MIUI 8?

Open Settings, and search for “Second Space” using the search bar located at the top.  Tap on Second Space, and it offers one single button which says “Turn on Second Space“. Turn it on.

Once done, the system does a soft reboot (not the phone), and it then offers you to switch to the Second Space. Also notice that the app drawer, and notification panel also have a “Switch to Second Space” option. Tap to switch. 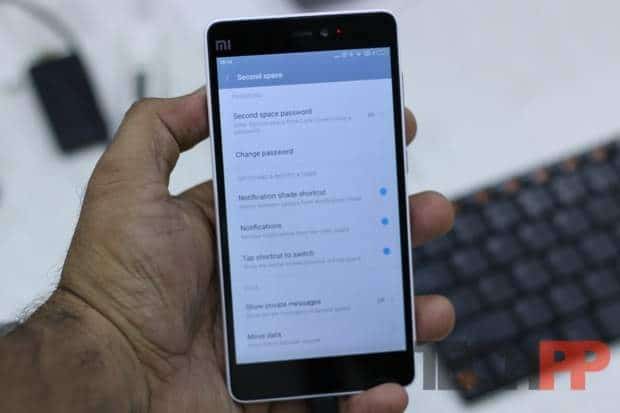 Once done, you will be prompted with an initial setup screen which allows you to setup password, import files, contacts, photos and apps from the first space.

What can you use on Second Space?

Most of the basic apps are available or rather shared between the two spaces. They are of course a separate copy, but by default they are enabled for second space. If you wish to use more, you can copy them.

Apart from this, all the basic features of the phone include phone dialer, contacts etc can be used. Settings on both the spaces are common as it will remember the WiFi connection, and other related things. 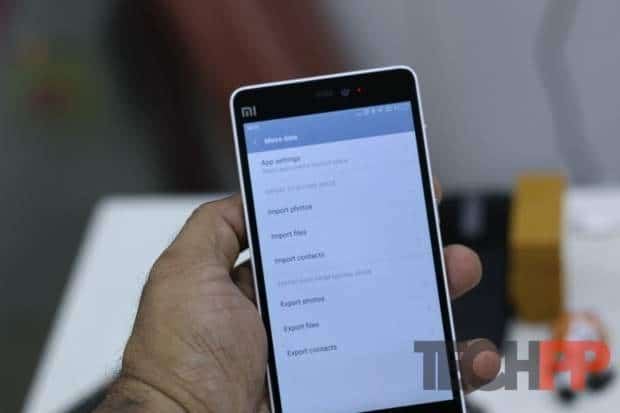 Do you need a separate Google Play Store Account?

The simple answer is NO. Move Data App in second space allows you to copy apps installed on your first space, and use it on the second. Updates to all the apps is taken care by first space Play Store account. You can even decide if the apps should be available on first space or second space or both of them.

If you wish to use your business account (another Google Account) in Second Space, it will be used for Play Store, and apps installed from that account will be managed. This is useful if you need to use business apps from your company on your phone.

How does Second Space perform? 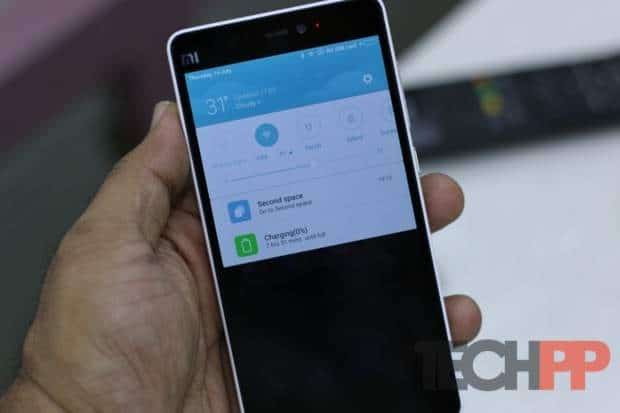 Being in Beta, this feature is bound to have hiccups. After using it on Xiaomi Mi4i, I found the overall performance to be slow, specially when it comes to switching. On the contrary, it works flawlessly on the recently released Redmi Note 3 and Mi Max. The Mi 4i houses an older chipset, and in my opinion, the performance issue should get resolved with the final release.